One of the main reasons that I started this blog was to create opportunities to share some of the many cards that I have duplicates of, and to get some cards that I don't already have. In short, to trade. They are, after all, called trading cards, right? One of the things that makes this fun and sometimes easy is the fact that most card bloggers have their own specialized collecting niche. It might be as simple as collecting specific teams, players or sets. Or it might be something more fun and quirky, like the many mini-collections of Nick at Dime Boxes.

When it comes to what I collect, there's a bit of a problem. I want everything. I mean it. If I don't have a baseball card, it's automatically on my want list. That not only means that it's difficult to narrow down things to send my way, but it also means that unless I have at least two of a specific card, I'm probably not going to be inclined to part with it. Of course, offer me a vintage Koufax for my only 2012 Topps Yuniesky Betancourt and I may have to bend the rules a bit!

There's another problem that currently plagues me when it comes to potential trading. Unless the player's last name begins with A, B or C, I can't really be sure if I have a specific card or not. I've made some progress in my multi-decade sorting process lately. But not a lot. This is my third different attempt to get my house of cards in order since my teenage years, way before the internet and cell phones and shiny serial numbered parallels. The first time, I got somewhere through players whose names begin with H. The second time, working backwards for variety, I managed to sort from Z to somewhere in the Ms. That means that everything I've acquired since about 1988 from the middle of H to the middle of M is going to be a lot of fun to sort... whenever I finally get there.

Except for a Super Jumbo Pack repack and a pack of 2013 Topps Series 2, I suspended card busting this weekend in favor of card sorting. I need to get this project moving if I'm going to be able to do some trading. Plus (despite the fact that nobody has responded to my offer of free cards last week!) I'm excited about my upcoming Enjoy Playing With My Cards contests, in which winners will get a fun 20-card "pack" from each 5000-card box that I manage to get sorted.

Also, there's a purple elephant begging for peanuts out on the veranda. Sorry, I couldn't resist poking a little fun at what I'm pretty sure is the fact that nobody is reading this. But, if perchance there really is anyone out there still wasting precious memory space on my keyboard-mashing randomness, I will now outline some of the specific subsets of everything that I'm particularly interested in collecting.

Teams
I'm a Dodger fan. There are a lot of us out here in the blog world. Fortunately, I'm not the kind of team collector who needs everything, including all 78 parallels of some guy in the Dodgers' system playing rookie ball. I do have a team-specific goal, though. I want to have at least one card of every player to appear in Dodger Blue since their move to Los Angeles. Ideally, each players' card would feature him playing (or managing, or coaching, or announcing) for the Dodgers, though it's not a necessity (or a possibility, in some cases). Although acceptable, I consider the 1990 Target Dodgers set a last resort. To make things easier, I consider it a goal with two levels: every player since 1980 (my first year as a fan and a collector) is a necessity, those from before that simply represent a strong desire. I naturally also love Dodgers cards from their Brooklyn days. And I also kinda enjoy cards featuring the New York Mets, New York Yankess (from the Joe Torre era), Montreal Expos, Los Angeles or California Angels (from before Anaheim became part of the name) and any Albuquerque minor league team. 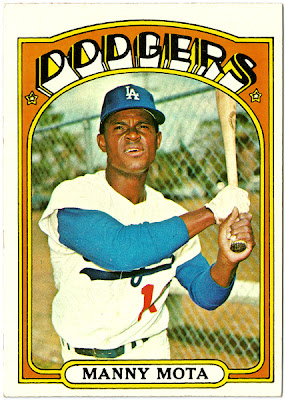 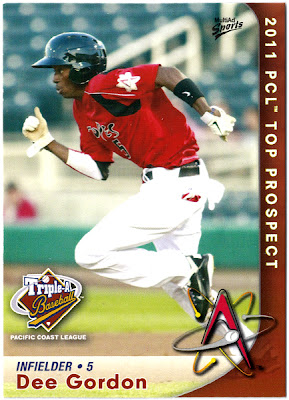 Specific Players
The only player that I've ever made an attempt to be completist about is Orel Hershiser. I would be interested in similar fanaticism when it comes to Clayton Kershaw, but in these days of high-end sets, relics, certified autographs and limited-run parallels, trying to chase all of a player's cards, especially if that player is a superstar, is frankly madness. So I'm very happy when I get a card of one of my favorite players that I didn't already have. But I'm not chasing them. Incidentally, other favorites of mine include Nap Rucker, Pete Reiser, Satchel Paige, Sandy Koufax, Bob Gibson, Carl Yastrzemski, Joe Morgan, Mickey Hatcher, Mike Scioscia, Fernando Valenzuela, Hideo Nomo, David Eckstein, David Wright, Derek Jeter (don't be a hater!), Hiroki Kuroda and (future Dodgers manager) A.J. Ellis. 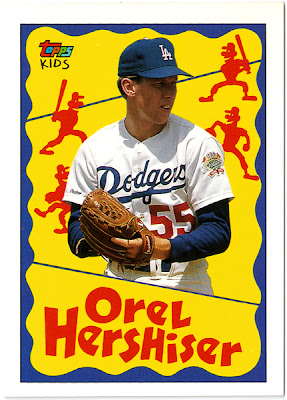 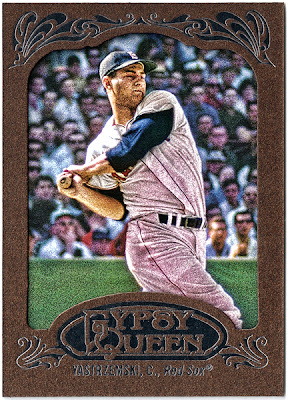 Player/Card Attributes
I particularly dig cards of staring pitchers who enjoyed enough success to remain in a big-league rotation for upwards of a decade. But I also love cards of phenom flame-outs, like Mark Fydrich and David Clyde. I like cards of catchers on defense. I like quirky minor league cards, featuring players with funny names or wearing goofy uniforms. I love cards from other countries, especially Japanese baseball cards, or cards associated with the WBC. I enjoy O-Pee-Chee cards, particularly when they deviate from their corresponding Topps card. I like cards of older players, particularly those in their 40s. I like cards of managers, and love cards of coaches. I love cards that look particularly nice, whether in terms of design or photography, which is naturally rather subjective. I like traditional card stock, without a whole lot of shiny foil, though I certainly make exceptions. I particularly enjoy the kind of old-school posed shots prevalent on Topps issues into the 1980s, and actions shots in which the player's entire body can be seen. I like cards about baseball history, such as Turn Back the Clock, or All-Time Leaders cards. And I like cards of fat guys. 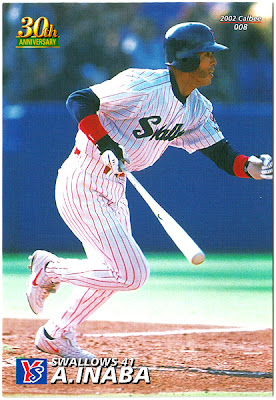 Sets
I want every complete Topps base set. Realistically, I'm chasing 1980 to present in good condition (and I'm about 95% there), 1971-1979 in any condition, and whatever I may be able to get my hands on from before then, particularly Dodgers. I'll enjoy any Topps inserts that come my way, but I have no delusions of completion there. I am interested in completing Bowman (from the '90s), Stadium Club and Topps Total. I'd love to complete Heritage, but I'm sure all of the print-run gimmicks are going to prevent that. I'd like to complete the primary base sets from Fleer, Donruss, Score and Upper Deck (including Collector's Choice) from the '80s onward. I'm in pretty decent shape when it comes to sets from 1981 to about 1996. I'm in terrible shape from about 1997 to 2007. Some of the sets (other than Topps base sets) that I'd particularly like to chase include: 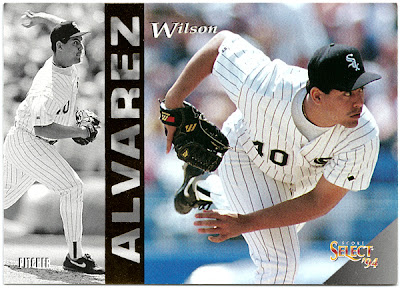 I also love oddball sets, particularly those featuring retired players. I prefer sets that include somewhat obscure players to those consisting solely of superstars and Hall of Famers.

Again, this is just the tip of the proverbial iceberg considering that my want list is all-inclusive of that which I do not already have. I've put a little random want list on the sidebar that I'll update as the sorting process continues. And, with any luck, sometime by the end of the year (fingers crossed) I'll know exactly what I have, have available, and need. I'm going to be initiating trade opportunities for well-worn '70s issues here on this blog. And my Zistle account will show what I have available in good condition for trade as I inch slowly toward the finish line. Until then, I hope you come along for the ride. Thanks for not letting the purple elephant scare you off...
Posted by petethan at 11:07 AM