Continuing with the march of the '77s... 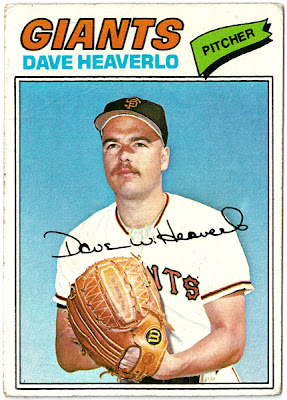 When I saw this card I wondered whether Mr. Heaverlo just had really short hair, or if he was actually bald. Turning over the card, Topps informed me, tersely: "Nickname is Kojak." Nice. You have to be of a certain age to remember a time when "Kojak," a TV cop played by Telly Savalas, was as common a synonym for "bald," as "Kleenex" is for "tissue paper." 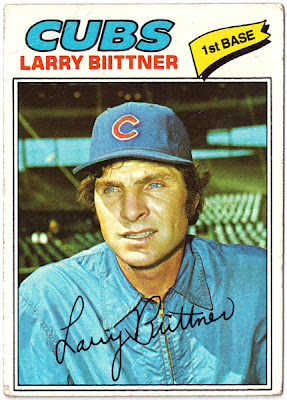 This dude always looked like he was about 60 years old when I was pulling cards of him in the early '80s. This card confirms that he was once in his 50s. If he hadn't become a ballplayer, he probably could have had a Vegas stage show as a hypnotist. Warning: don't stare for too long into those unnaturally blue eyes. 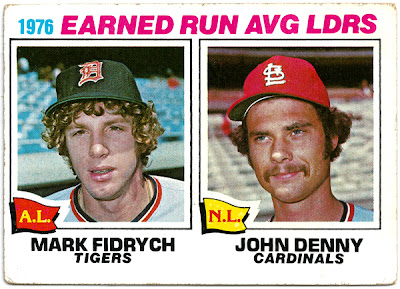 Hey, there's John Denny again, along with Mark "The Bird" Fidrych in his brief heyday, on a really nicely balanced League Leaders card. Seeing those two unis together brings to mind the 1968 World Series, one of the better uniform pairings in Fall Classic history. (I sense a fashion-critique post coming on...)

This "pack" featured a stunning finale, with three Hall of Famers in some of the most iconic cards of the entire decade! 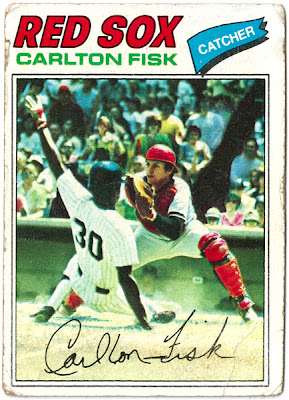 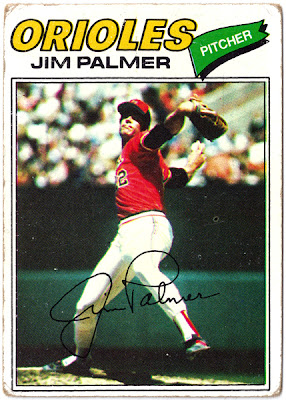 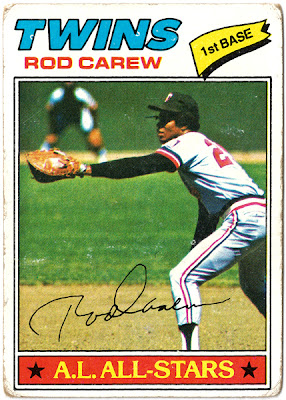 I've said it once or twice before, but it bears repeating: THANK YOU NIGHT OWL!

Now, for this episode's cartoon, courtesy of the mesmerizing Mr. Biittner: 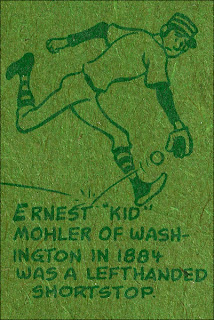 Possibly answering the question: Is it possible to throw like that guy in the Volkswagon commercial and have a gun for an arm at the same time?
Posted by petethan at 11:31 AM