Vacation: All I Ever Wanted

Well, at least a lot of what I like.

We just got back from a trip North along the I-5 corridor here in Oregon, with Albany being our target destination to attend an ASA Softball tournament that my daughter, Jana, was playing in. By a quirk of the schedule, they were the only team that ended up having to play four games in one (100-degree) day. Under the circumstances, they played their best ball of the year, winning two, narrowly losing another, and (understandably) wilting in the final game of the day. Jana played her usual stellar defense at shortstop, participating in three double plays, and seemed to get on base every time she came to the plate. Here she is awaiting a (high) throw from the catcher, sporting her stylish sunglasses (fashion is important in softball). 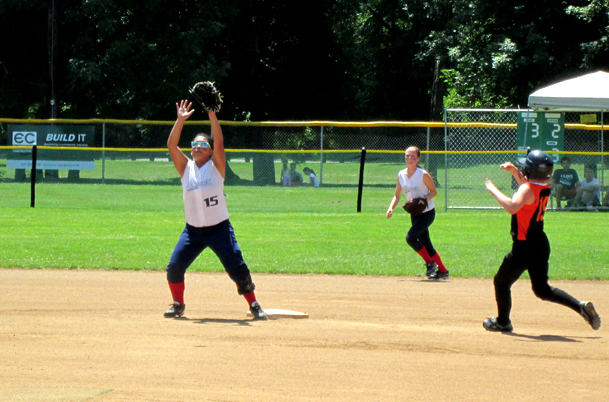 The thing about where we live, in the Rogue Valley in Southern Oregon, is that they have no card shop. This is a financial blessing as much as it's a bummer of a curse. So I made it a point to do some card shopping on the trip, and to do enough of it to keep me happy for several months.

I don't usually buy individual cards, preferring the random fun of busting packs. But I did hit one card shop (A&J Sports Cards) in Eugene, where I grabbed a handful of nice cards that I'll share with you in the coming months. While there, a guy walked in trying to unload his random assortment of cards on the shop owner, who was not interested. About three quarters of the small collection consisted of basketball cards (and a few Star Wars cards!). I offered the guy $5 for the baseball cards he had. I probably overpaid, but I'm looking forward to looking through them. It's only about 100 cards, but about a third of them are from 1970. They're not in great shape, but that doesn't bother me.

I spent most of my budget at K-Marts and Targets, picking up discounted packs of cards from the past eight years or so. Among other things, I got a blaster of 2005 Topps Total, another of 2008 Upper Deck Baseball Heroes, and the 1992 Fleer "Final Edition" set. I picked up one of those 1933 Babe Ruth Baseball Card Chase Boxes that I've always wanted to check out (though it's certain to be a bit of a dud). I also grabbed a Target blaster of 2013 Topps Series 2, to go along with the hobby box that my Grandma got me for my birthday. And I stopped at a Dollar Tree to grab a bunch of repacks. So I'm all set for a while. Blog food, served nightly. 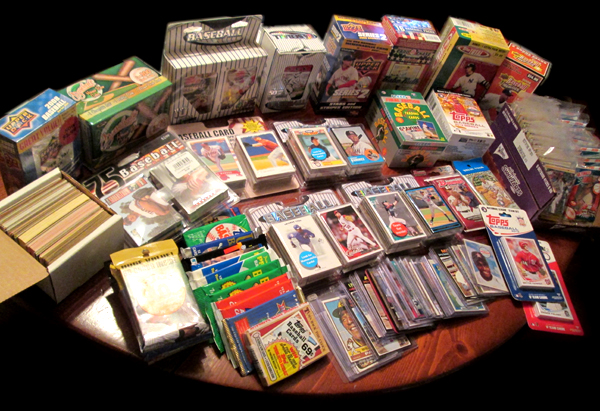