As I previously mentioned, last weekend's Card Nights were suspended in favor of furthering the great card sorting project, take three. However, I couldn't completely resist busting open a little something. I let my daughter, Kitkat, open a pack from the 2013 Topps Series 2 Target blaster. She hit upon a '72 Topps Mini Jose Altuve, Pink Parallels of Matt Moore and Anthony Gose, plus Troy Tulowitzki and a couple of really nice cards of John Mayberry and Ruben Tejada playing some defense. Maybe I should let her open a few more packs with that kind of luck.

The only other thing that I opened last weekend was a single Super Jumbo Pack (baseball only) from the dollar store. And it, too, provided a fair share of interesting items. Let's play...

First of all, a little hide and seek. 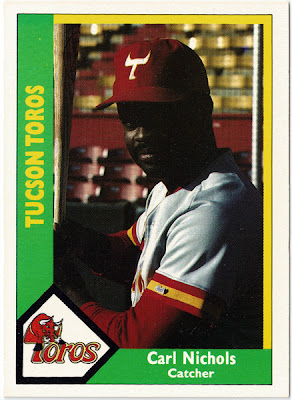 Here's Carl Nichols. But don't tell anyone. He's in the witness protection program. That's why they obscured his face in shadow. Well, I assume that's what's happening here... 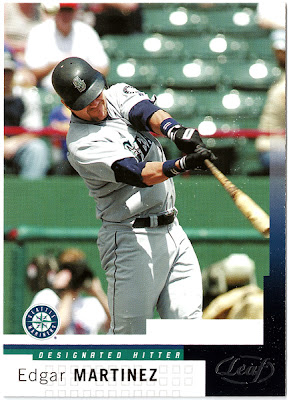 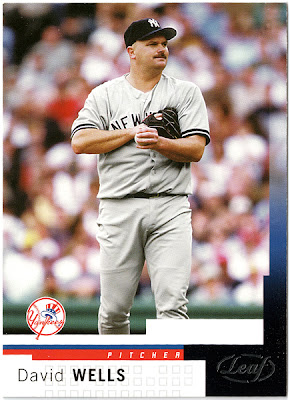 A couple of nice hits of what may very well be my first cards from this set. Nice hits in terms of the players portrayed. Can't say I'm thrilled with the cards. Lazy design. "Hey, boss, what should we do about this year's card design?" "I dunno, just put a bunch of random rectangular shapes all over the place. Make sure there's at least one large area of wasted white space on there somewhere. That's always cool, right?" Wrong. Plus, these two cards aren't exactly examples of the thrill of victory. Edgar's fouling off a pitch. Boomer looks like he just gave up a bomb. 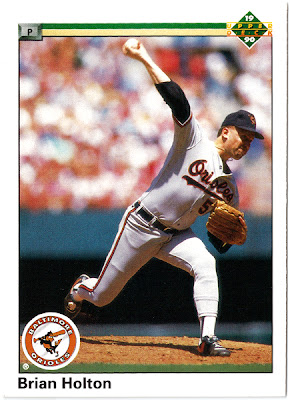 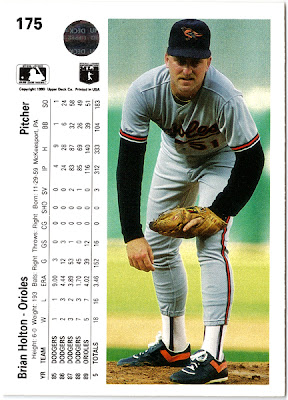 Okay, speaking of card design, this Brian Holton card got me thinking about why I hated Upper Deck for so long. Don't get me wrong, I came to absolutely love (for the most part) the direction that they would take starting with their seminal 1993 offering. But those first four sets were, to me at the time, a sign of the coming apocalypse. They made me feel like an old man, even though I was just turning twenty. It seemed like they let a bunch of kids loose to run the trading card business, and the results received such acclaim and hoopla that it seemed as though there would be no turning back. (And, in a very real sense, that is exactly what came to pass.) I'm going to ramble on this topic at my usual billions-of-excess-words rate at a later date. But for right now... the Holton card. The back shows you why there was all of the oohing and ahhing. The front shows you that the people running the show had no clue about photo cropping or the proportions of design elements. Why does Upper Deck have a logo that makes it look like their name is "PPE EC?" Is this card number 19 of 90, or is that the year? Is that thing on the top supposed to be a base and the baseline? Are they aware that bases are square, not rectangular, and white, not gray? Why is Holton's back foot so far away from the left-hand border, especially when the result is to place his head up against the right? Because the kids were running the candy shop, and they hadn't grown up yet. That's why. Thankfully, they eventually did. 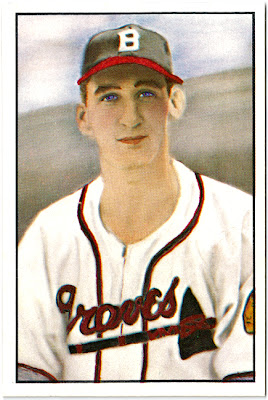 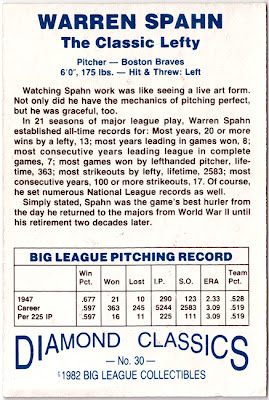 This would have been a much cooler hit if not for the fact that over-sized cards like this get their edges munched up by being placed in these repacks with standard-sized cards. Hard to tell from the scan, but the card's excess height comes with a rather pronounced crease. That said, it's a pretty sweet card of one of the very best to toe the rubber. Though one has to cringe a bit at the obvious overstatement in the final paragraph of their bio. No matter how you look at it, Spahn's final season, 1965 at the age of 44, in which he went 7-16, probably did not qualify him as "the game's best hurler" that year. 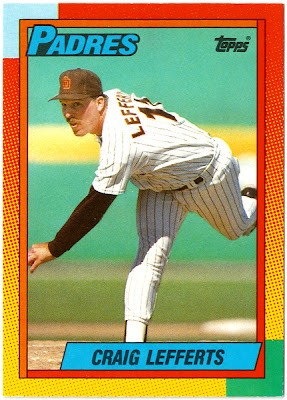 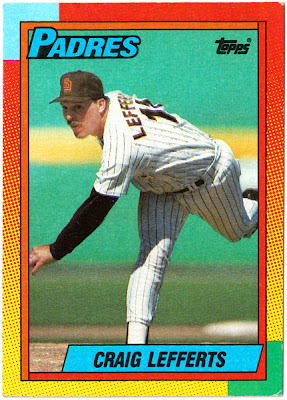 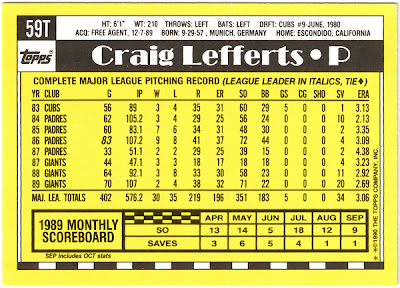 And here's the back of the card from the repack: 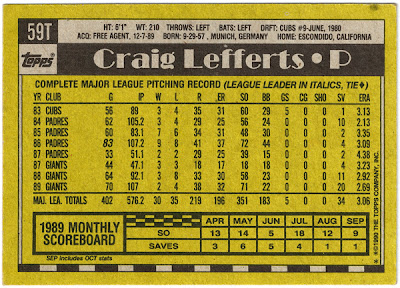 Whaaaat!? If you've been following the action at Top of the Topps, you know how much I disliked the "premium" stock that Topps used for its Traded sets starting in '83. I always wanted the Traded sets to fit in as a seamless extension of the base sets, and the bright stock prevented that. Seeing this Lefferts card sent a shiver up my spine. I never knew these existed. Apparently, Topps issued this version of 1990 Traded cards in wax packs. I am absolutely going to have to chase the complete set of this version. Unfortunately, it looks like this was the only year they did this wonderful thing. Oh, how I wish there were such a version for 1983!
Posted by petethan at 12:17 PM