Saturday night was Marlins night (thanks again to Kerry from Cards on Cards). It's time again to see if one man's trash is another man's treasure. (Spoiler alert: if it's baseball cards, it's treasure). Let's play... 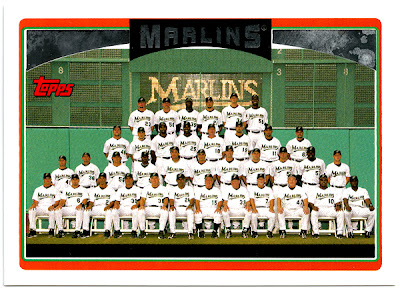 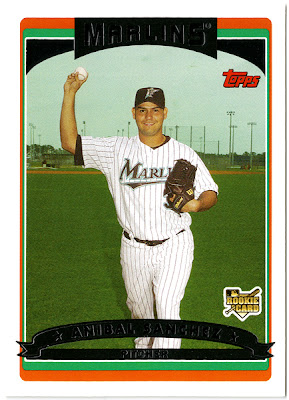 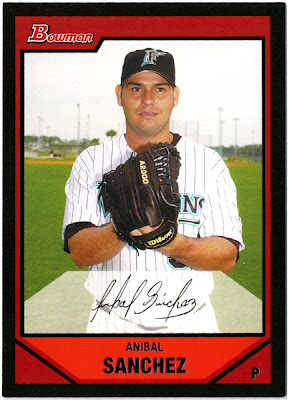 This second pack of cards started off with an avalanche of Anibals. He's good, so he's no longer in Miami. I had half expected the Dodgers to sign Sanchez when he was a free agent this off season. But we did track down another pitcher who was too good to remain in Florida when we traded for Ricky Nolasco. Maybe there will be some cards of Ricky in the next pack. 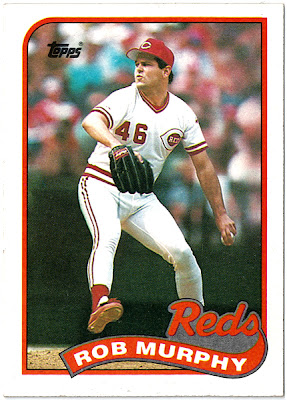 Rob Murphy finished his career with the Marlins, appearing in eight games at the tail end of the 1995 season (after being released by the Dodgers, incidentally). I prefer to think that that has nothing to do with this card being here, though. I'm going with the theory that it was an accident. That way I can dream of finding an accidental Koufax or something like that in a later pack. Of course, I'd tell Kerry about it first, in case he wanted his Koufax back. Any chance you want your Murphy back, Kerry? 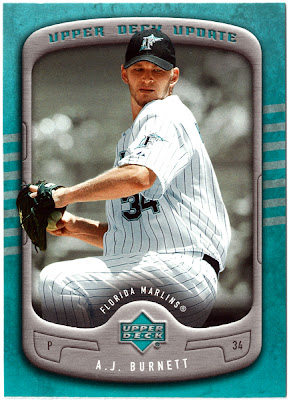 As I've mentioned, except for buying the Topps factory sets, I was essentially oblivious to what was going on with baseball cards from the late '90s until about 2007. So I'm seeing a lot of these card designs for the first time. These UD Updates are awesome. Not because they look great, or anything, but because they give us a snapshot of the culture of its time, showing us the "hot technology" of the day. In 2013, having a handheld device that's more powerful than the average home computer is as common as wearing underwear. Though I'm not on that bandwagon myself. (The handheld thing, that is. I am wearing underwear. Because that's something you want to know about, right...? Geeze, back to baseball cards!) Anyway, like the old '55 Bowmans, with their snappy new "Color TV" borders, these things capture a moment in time. I like that. 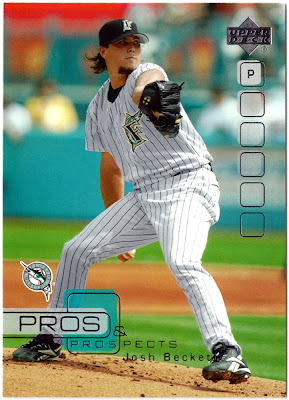 One of the biggest bummers about this whole Marlins thing is that it seems like all of the best-looking cards belong to this jerk. I haven't missed him at all during his DL stint this season. I kinda wish we hadn't just designated Ted Lilly for assignment. That just means the Dodgers are one step closer to possibly needing to lean on Beckett, who is not as svelte and talented as the dude you see here with the flowing locks.

Let's end this fishing expedition with a Jekyll & Hyde look at a couple of '05 Donruss products. 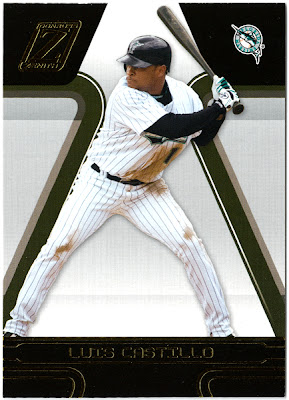 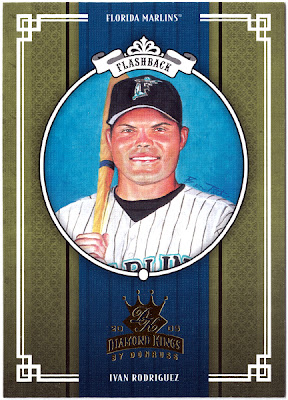 That Zenith crap is easily one of the worst designs a ballplayer's image has subjected to. It almost hurts to look at that thing. One the other hand, this Diamond King set is beautiful. A little research shows that they got out of hand with the parallels in this set, but that's pretty much common procedure these days. Really sweet lookin' cards.

Thanks again, Kerry. These fish don't stink to me!
Posted by petethan at 12:07 PM