Playing With My Dodgers: Updates & Tweaks

I hadn't expected to make any updates to the Playing With My Dodgers set quite so soon. But I guess it's good news. Updates mean upgrades. Let's play... 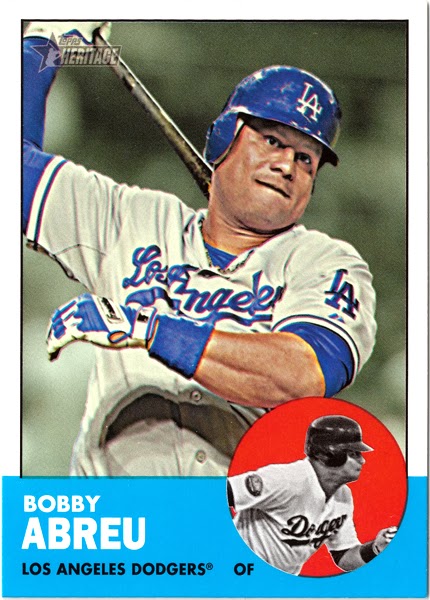 Bobby Abreu was the second player to join the set, with his 2012 Topps Update card getting the nod. But as Nick of Dime Boxes pointed out in a comment, I had failed to consider (because I didn't know about it) the high-numbered SP from the Heritage set. Well, I have it now, and since it gets a little more up close and intimate with Abreu (even though it makes him look like a frog), it joins the set.

Another interesting thing about Abreu's entrance into the PWMD set is that his comeback this year with the Phillies (if it's successful) will mean that I've broken my own rule about not inducting a player until he's retired. I guess I ought to adopt the ol' five-year rule for that reason. 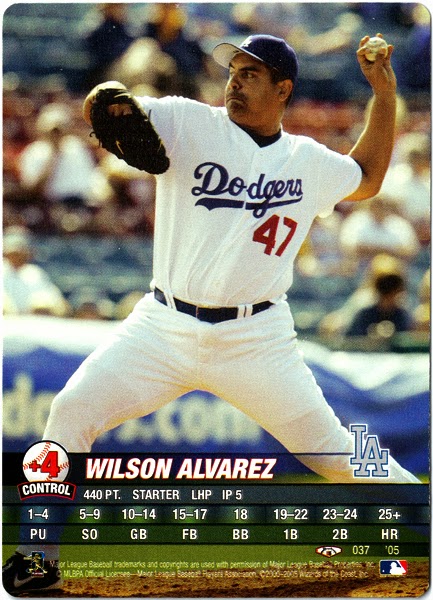 If Nick gets an assist for the Abreu update, he gets the putout for this Wilson Alvarez update. The much appreciated assist goes to Bo from Baseball Cards Come to Life, who pointed out on the pitcher's induction day that (despite my faulty research to the contrary) Alvarez does appear in a Dodger uniform on cardboard. Fortunately for me, the master of the Dime Boxes had an extra copy of one such specimen that he was generous enough to send my way. I guess it's fitting that there will be a gaming card in the Playing With My Dodgers collection.

In addition to adopting the five years of retirement eligibility rule, I'm making a couple of other minor tweaks to the guidelines. I've decided that, sometimes, one card just isn't enough. For some players, depending upon their significance and the existing cards from which to choose, I will use cards with both a portrait shot and an action shot. 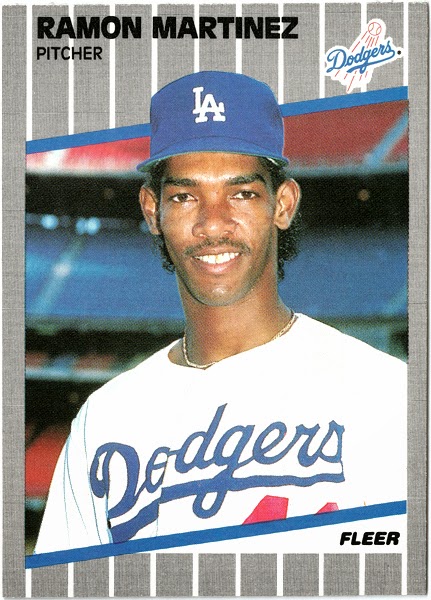 The only player already in the set that this effects is Ramon Martinez, who was inducted with a fabulous action shot from 1996 Stadium Club. To that, I will add this nice young smiley face. There were some other solid options, but this one stood out to me. It had to stand out for an '89 Fleer to be given any love.

The other change in the content of the PWMD set will be to also include Brooklyn Dodgers. The "goal" remains a card (or cards) for every Los Angeles Dodger. But the collection will also include as many players from before the continental shift as I can get my hands on, with no intention of trying for completion there. It would actually be somewhat possible if I were to lean heavily on the 1990 Target Dodgers set, but I have no interest in doing that.