Nachos Grande Group Break: I Took the Yankees and the Dodgers Still Won!

It was the Typhoon Haiyan Charity Group Break put on by Chris, of View from the Skybox that yielded all of those Jeters you saw yesterday. These Jeters come from a different group break held by another Chris, he of the excellent Nachos Grande. 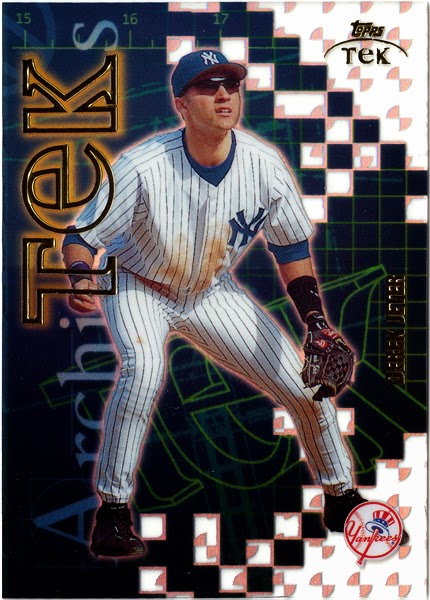 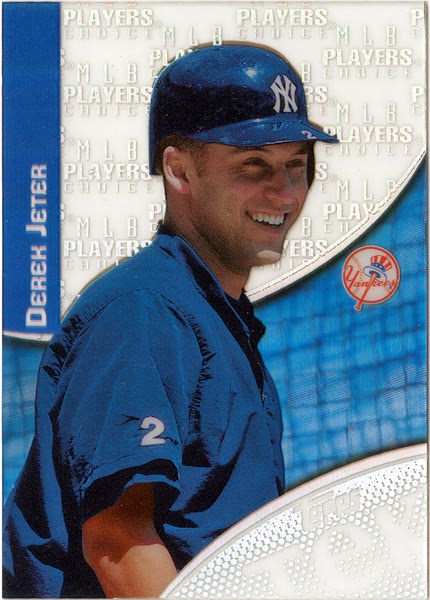 Der-ek... Je-ter... (This is the part where you clap rhythmically.) 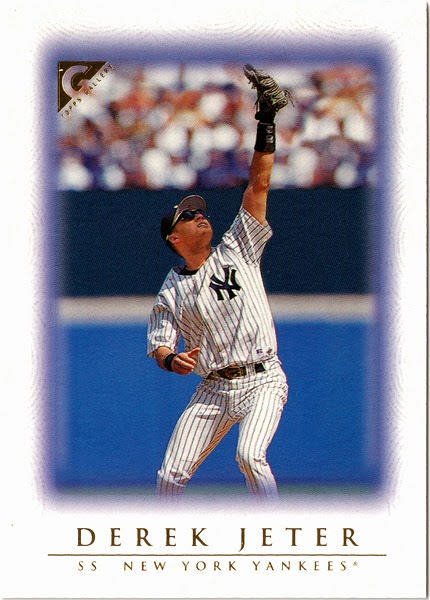 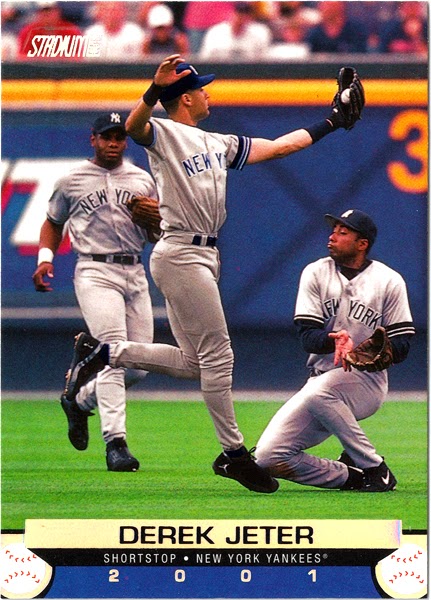 Der-ek... Je-ter... (I got to do this with the Bleacher Creatures in Section 39 of the real Yankee Stadium.) 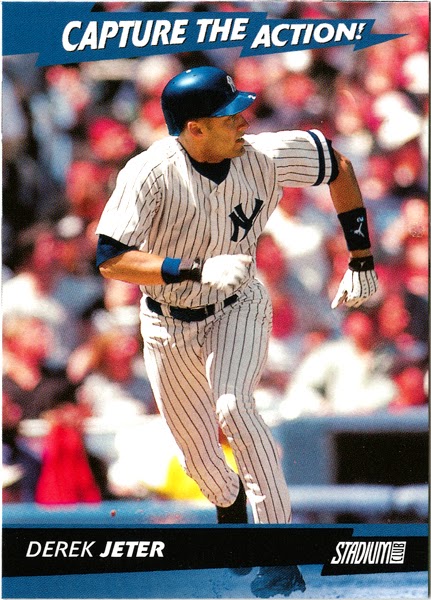 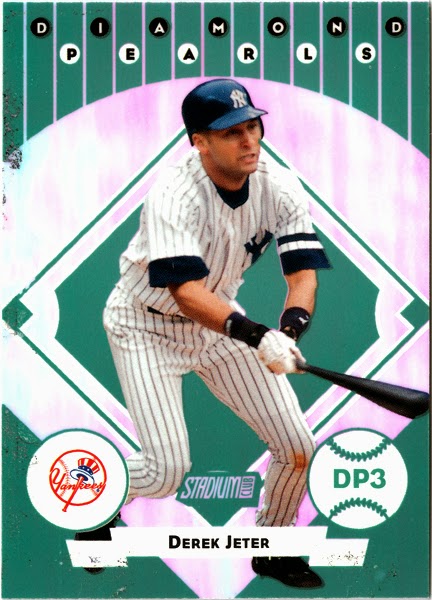 Yup, it was another Derek deluge. And that was pretty much the idea. You'll notice a distinct lack of Dodger Blue this time around. That's because (recent spending habits to the contrary) I ain't made of money. I wanted in on this break, but with a budget for only one team, the time period dictated that I side with the Evil Empire on this one. It just made sense. I can always go bargain shopping for Todd Hundley and Eric Karros cards. You're not gonna find the Jeters and Marianos in those bargain bins. 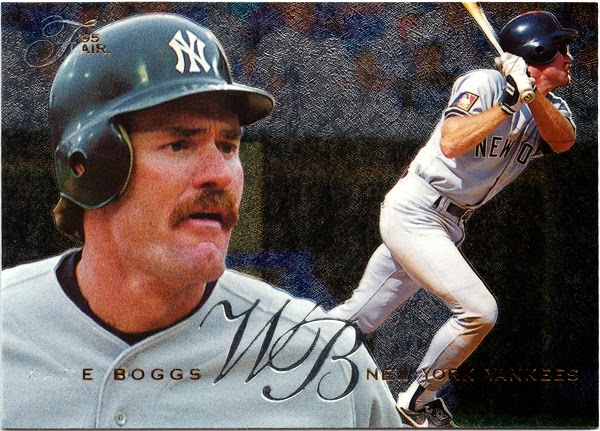 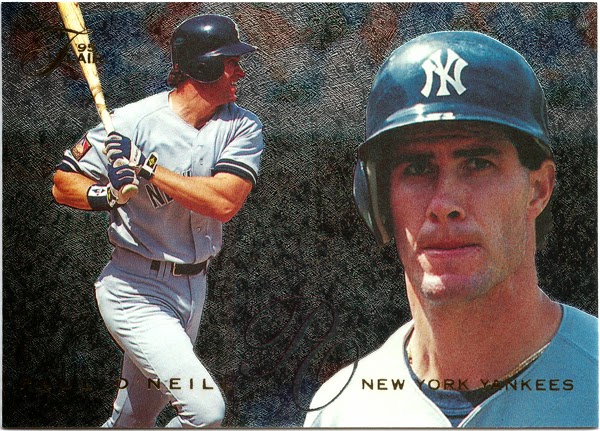 Plus, as I've mentioned once or thrice, I was an unabashed front-runner during this period as a citizen of New York. This break starts when the dynasty began, as we see a couple of veterans in '95 Flair form who helped get that ball rolling. (Looks like Boggs blew his "Wad.") 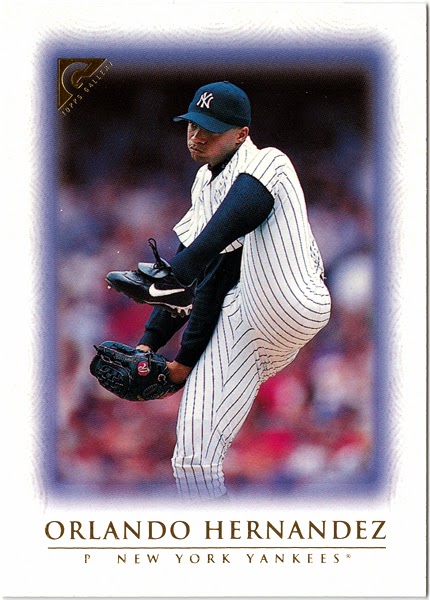 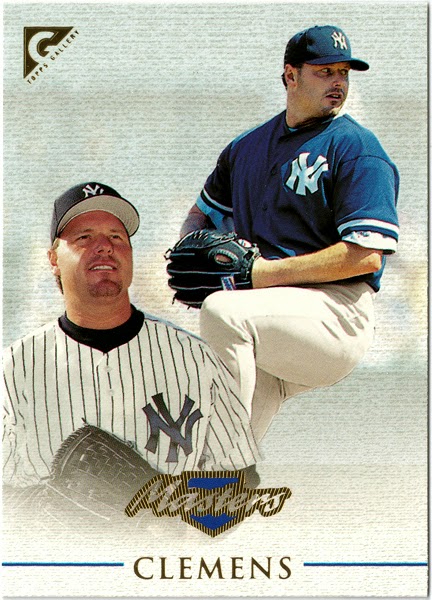 Friggin' Clemens. I hate showing cards of the jerk, but I don't hate getting them. They make me cringe, even growl if I'm feeling particularly grumpy. But I want 'em. He's part of the story, for better or worse. (Worse.) 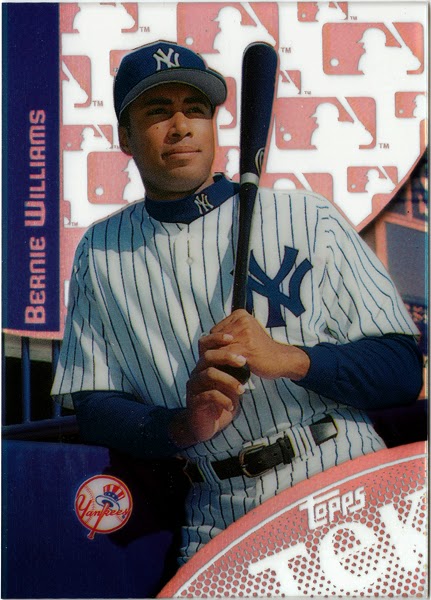 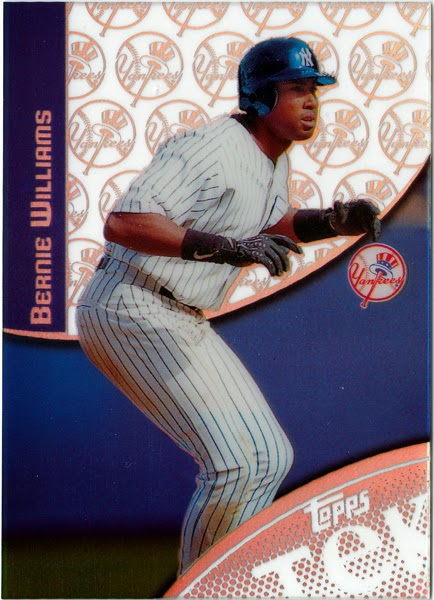 Topps Tek was a real draw in this break. In addition to the obligatory Jeters, I ended up landing three different El Duques and these two Bernies, which are among the better background designs in an inconsistent bunch. 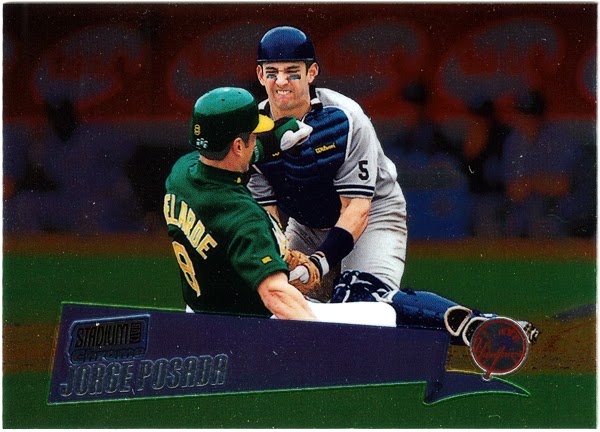 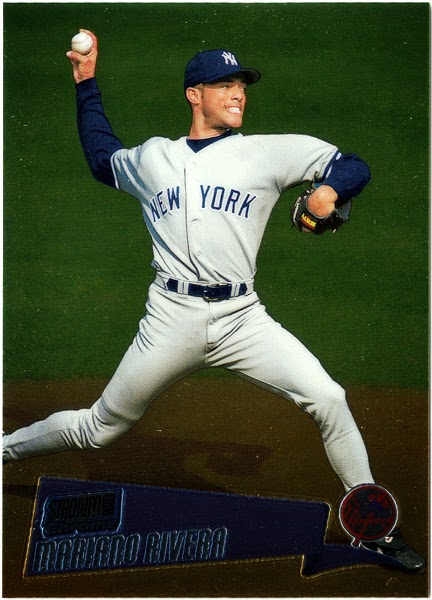 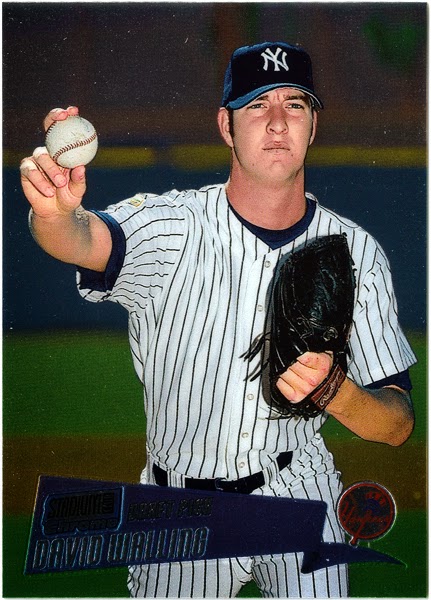 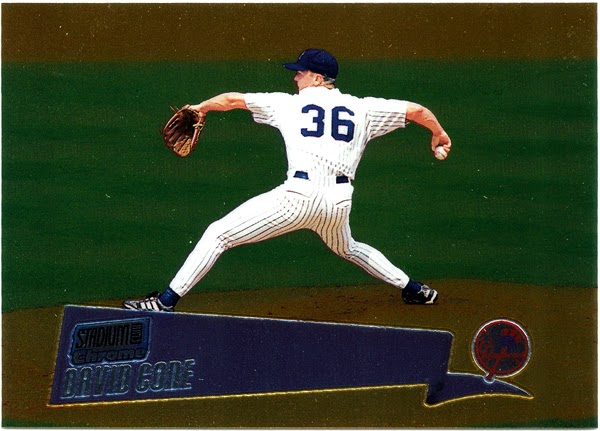 As with the Skybox break, Stadium Club provided most of the best-looking cards in the bunch. And I was glad to land Mo in each of these. I was certainly happy with the Jeter haul from the two breaks, but if I'm forced to chose between Jeter and Mo, I think I've gotta go with Mo. (David Walling? Getting a Grip, of course.) 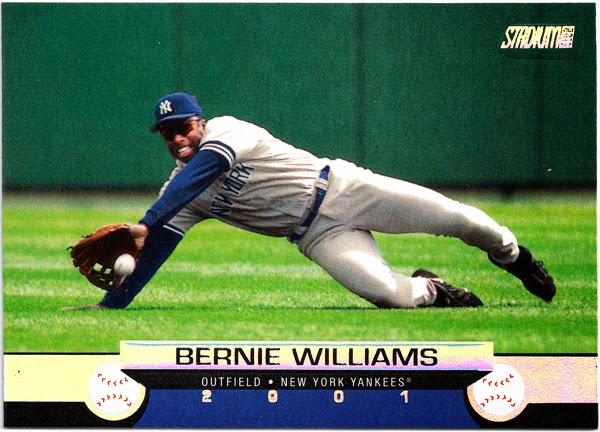 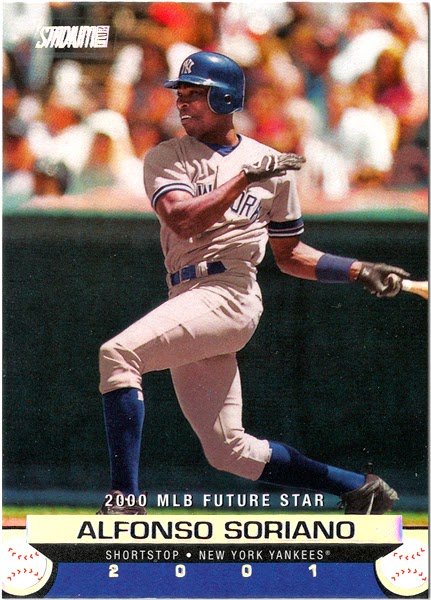 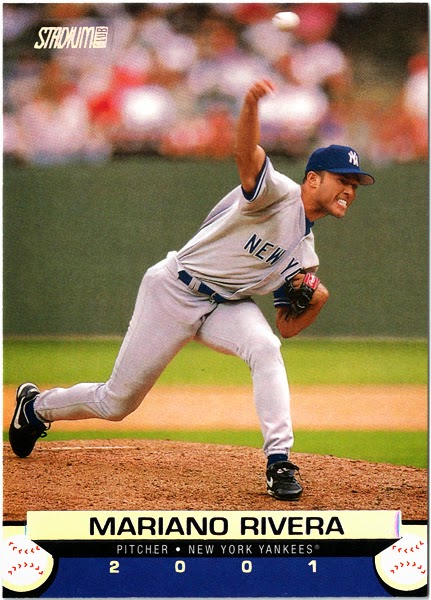 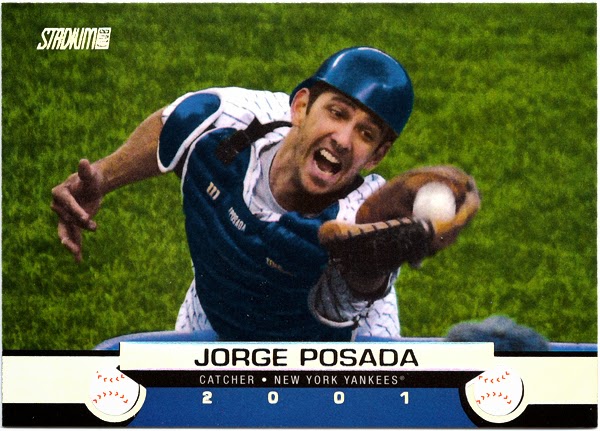 It did cause a bit of a twinge in the gut to forego the Dodgers in favor of the Yanks, but I'm pretty sure I made the right call here. And, thanks to Chris, any lingering queasiness was erased when I saw this fall out of the package... 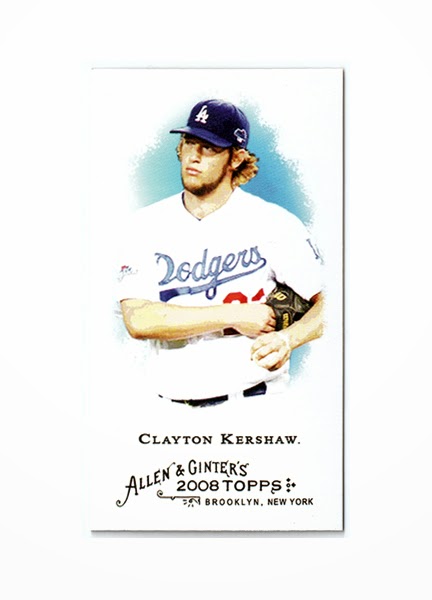 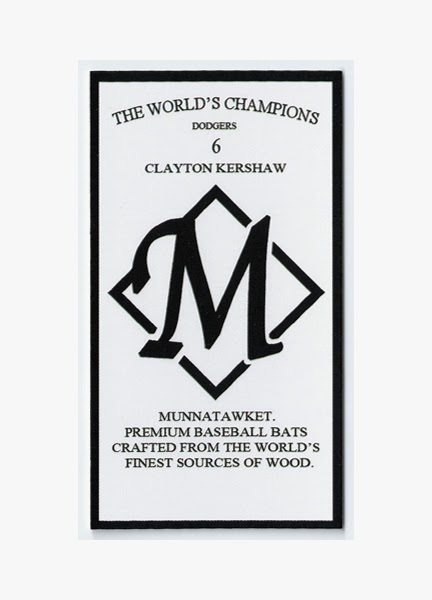 Chris had posted an interview with this set's creator. In fact, Chris has his own card in this set. How cool is that!? When I commented with something like "it wouldn't suck to get one of these with the group break package," I certainly didn't expect to receive the one card in the set that I had to have! Thanks to Chris, the best card that I got with the Yankees in a group break was... a Dodger. You can't beat that. Thanks, Chris!
Posted by petethan at 11:07 AM

Email ThisBlogThis!Share to TwitterShare to FacebookShare to Pinterest
Labels: Getting a Grip, Group Break, Mini-Collecting