Bring It on Down to Turtleneckville

In between assembling all-encompassing Braves binders and divining meaning from ballplayers' shadows, John of Johnny's Trading Spot managed to rummage through his card wardrobe to send more much appreciated hand-me-downs. Winter may almost be over, but Turtlenecks are always in season here... 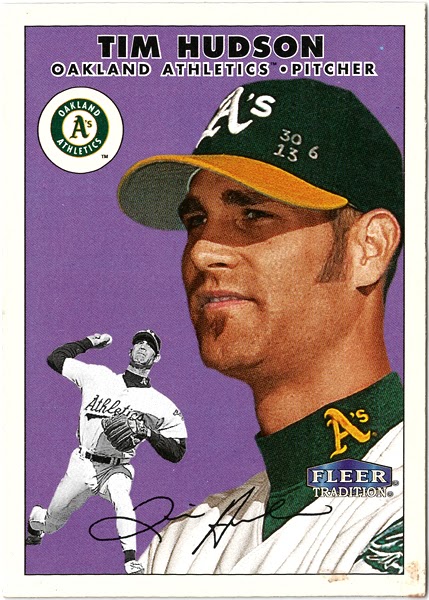 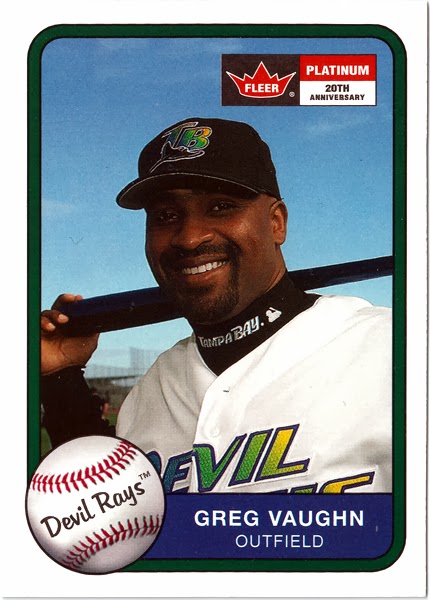 One of the strange things about collecting cards featuring turtlenecks is the accompanying awareness of the height of ballplayers' necks. Tim Hudson's melon-pedestal is so tall that his turtleneck can't corral his Adam's apple. Greg Vaughn, on the other hand, has to worry about his swallowing up his beard. 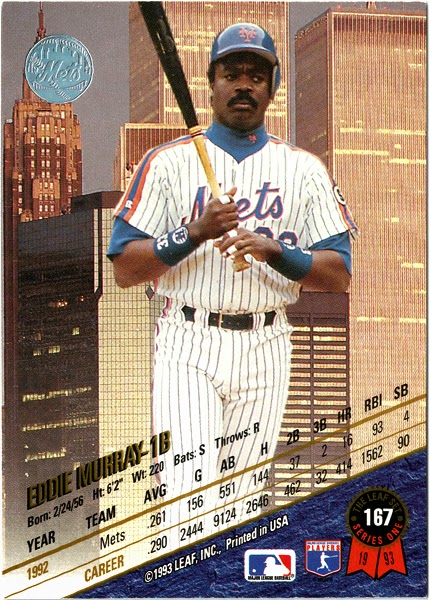 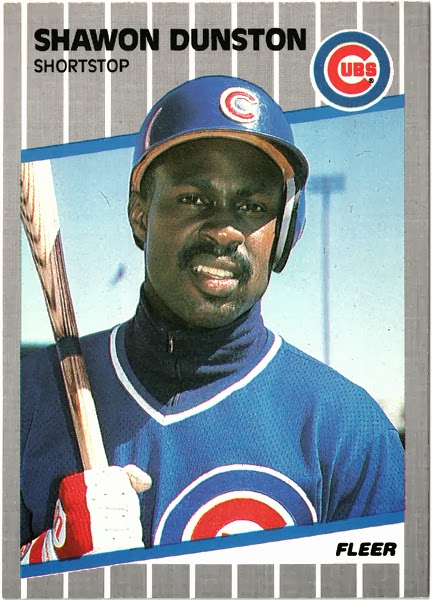 If the camera shooting Eddie Murray would just pan to the left a little, we could see the building I used to work in. Shawon Dunston sports his Hall-of-Fame-class turtleneck again! Last time John sent me the '89 Topps where the Cubs strong-armed shortstop is wearing that thing in action. Makes for a nice pair. 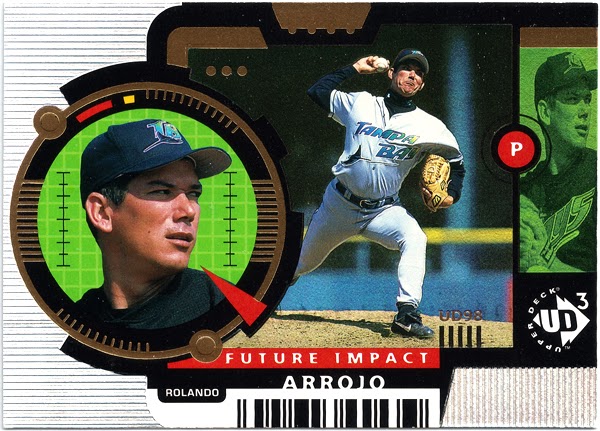 This was the turtleneck card I dug the most, even though you need a magnifying glass to see the apparel in question. (Fortunately for me, and my cranky old eyes, I usually have one handy when I'm Playing With My Cards.) I dig the colors on this one. Plus I think it's cool that Arrojo's jersey is flapping in such a way that it looks like the stingray is trying to escape from his uniform. I suppose it's appropriate that I'd scrutinize a card for that kind of weird detail, considering that it came from a man who saw Catherine Zeta-Jones in a shadow beneath Doug Drabek. 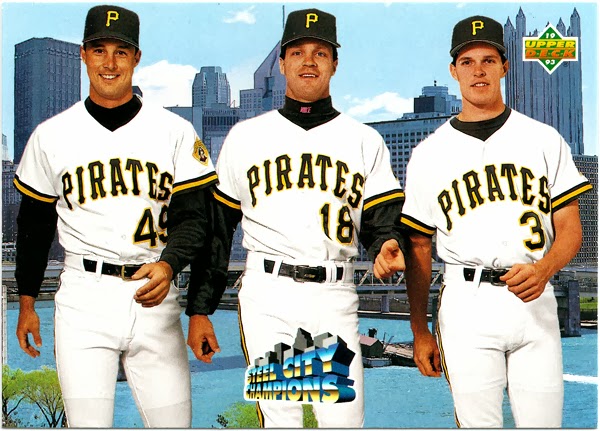 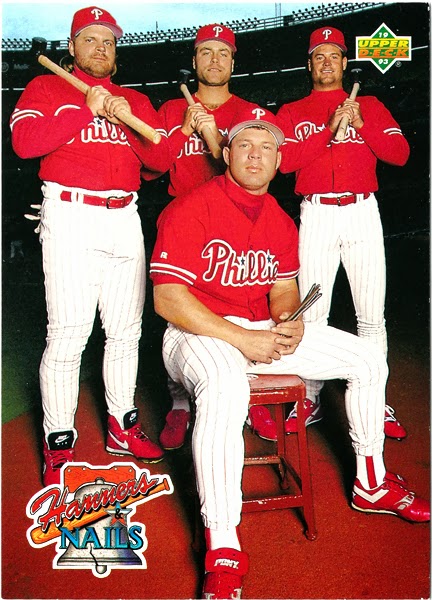 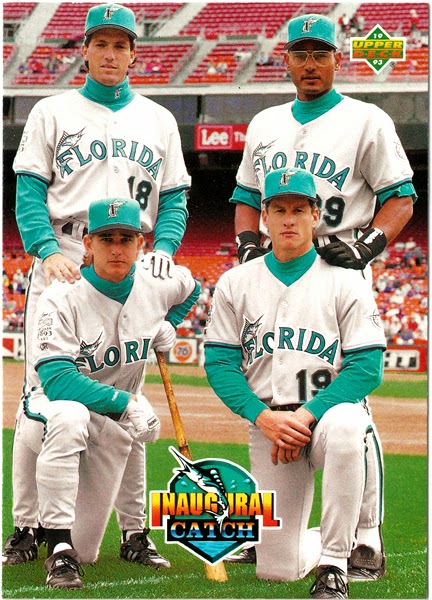 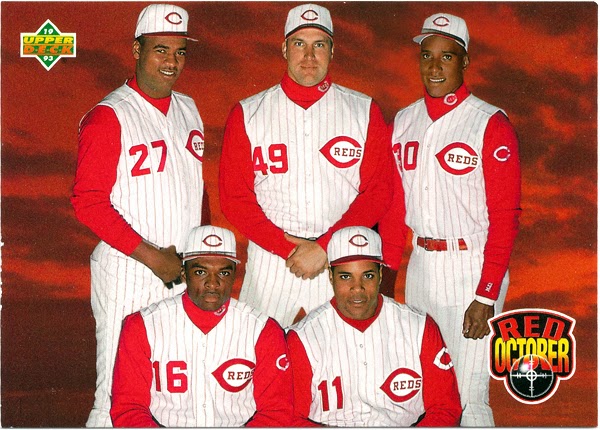 Wakefield, Van Slyke and Bell could work for Sears. But there's really no turning Rob Dibble into a fashion model. 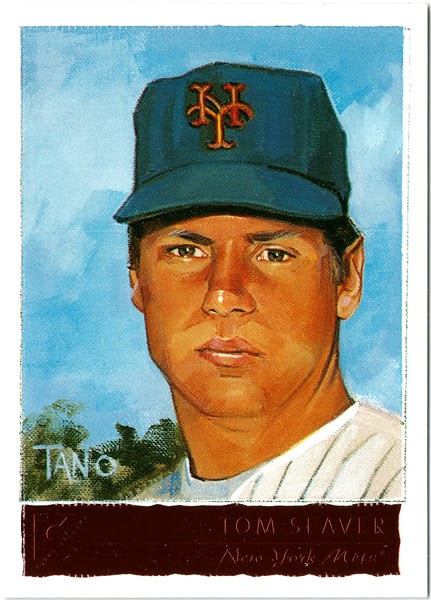 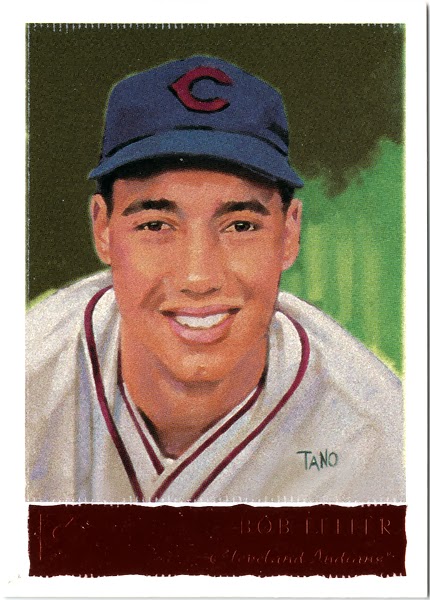 I also received some contest swag from Johnny: some great cards from '01 Topps Gallery. These, along with the Al Kaline I received, represent three of the ten legends in the set of otherwise active players. I guess I should track down the other seven now, including Warren Spahn and Yaz, among others.

Activity between this playground the the Trading Spot is about to kick into overdrive, so expect to see a lot more where this came from. I know I'm looking forward to it. Thanks again, John!
Posted by petethan at 6:38 PM