Yesterday we took a stroll down (my) memory lane, Dodgers style, courtesy of the first half of my 'Tis the Season package from Jeff, the man behind 2x3 Heroes. I was born and grew up in Southern California. But I spent some pretty formative years in New York, as well. And the rest of Jeff's package completes a lifetime's worth of memories.

As a Dodger fan who, thanks to a strong transfusion of team spirit from Tommy Lasorda in my youth, still bleeds Dodger Blue, I feel the need to be apologetic about having been a Yankee fan. But I just couldn't help it. I began a long stay in New York City in 1996. I probably don't need to elaborate much on the consequences of this timing. 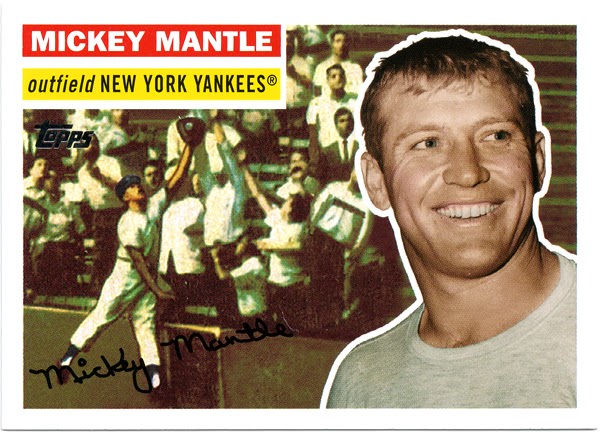 Of course, the franchise experienced a little bit of history before my arrival as well. No matter what team you root for, it's a legacy that's hard not to appreciate... even if too many of those championships came at the expense of the boys from Brooklyn. 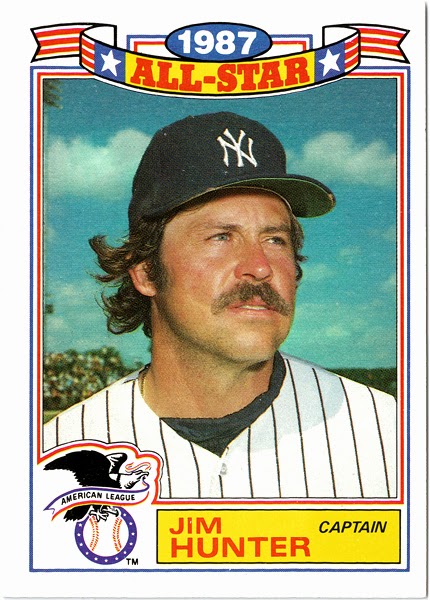 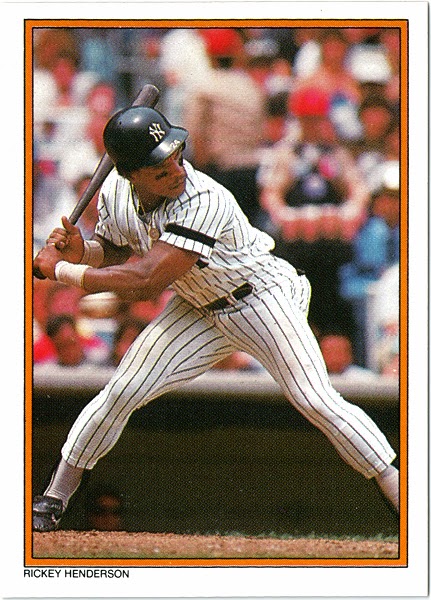 I became a baseball fan just after the Yanks took back-to-back Fall Classics from the Dodgers in '77-'78, and just before Los Angeles would get some measure of revenge in '81. I watched from afar as the storied franchise hit on hard times, despite the best efforts of guys like Winfield, Henderson and Mattingly. 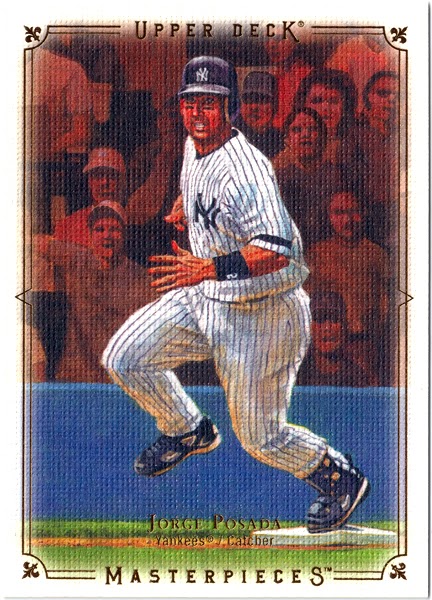 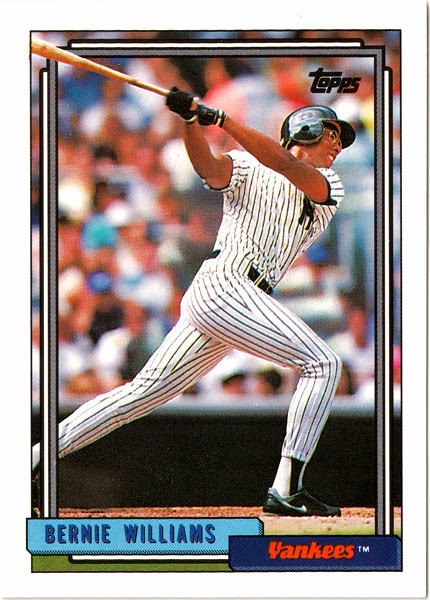 I was back here in the Pacific Northwest for a brief stay in 1995, when Mattingly's last chance for a ring came up a bit short thanks to the Mariners, who would "refuse to lose." But the new Yankee dynasty was being built. 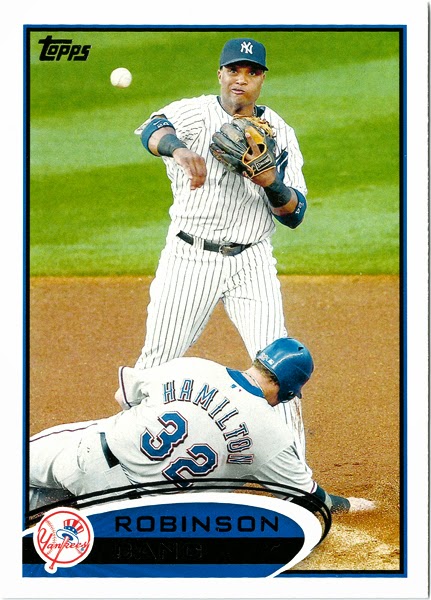 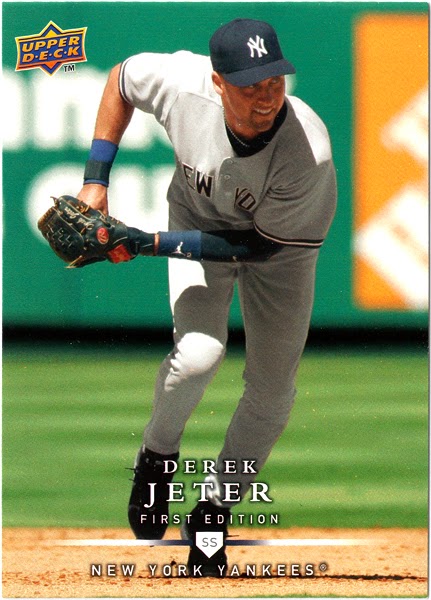 And by the time I arrived in New York to stay for a while, the pieces were in place for something special. And it wasn't the typical Yankee method of buying championships. They did it the way I was used to seeing the Dodgers do it, by developing home-grown talent. 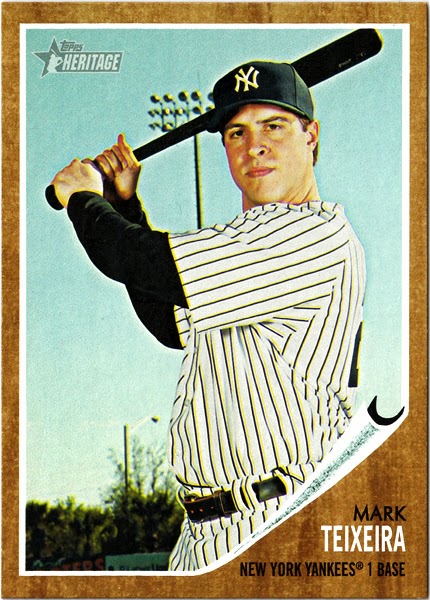 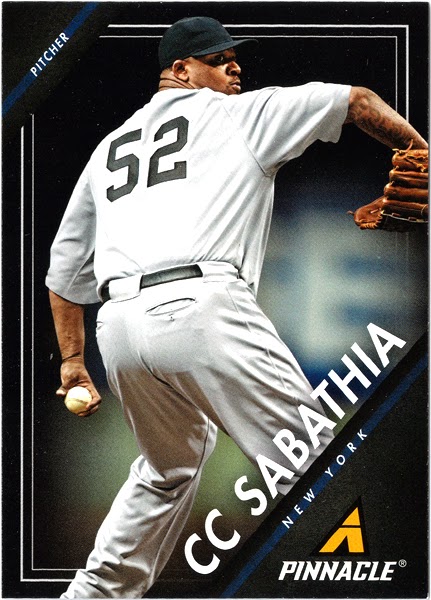 The talent was not only impressive, but so was the character, at least at the team's core... at least before they'd revert to their old ways and bring in guys like Roger Clemens. 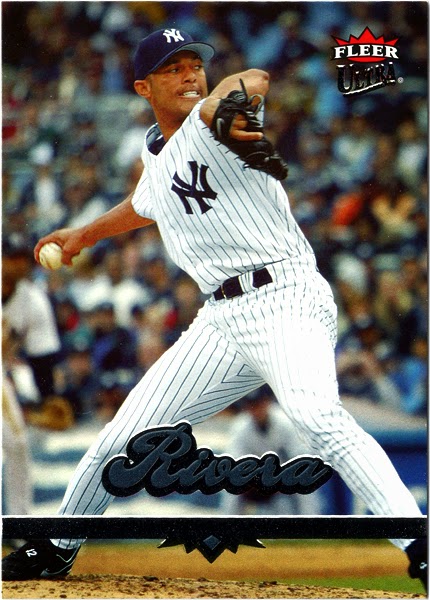 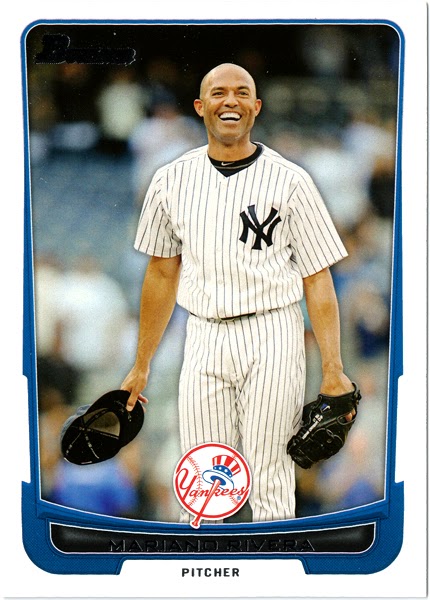 For a while, though, the Yankees were something different. They were actually likable. And I was there at just the right time to enjoy it. With Mo's retirement last year, and Jeter calling it a career after this season, not to mention the destruction of the true Yankee Stadium, there's nothing left for me to hold on to. My days as a Yankee fan are over. But it's always nice to have some fabulous cardboard to remember a team so great that I couldn't help but like them. 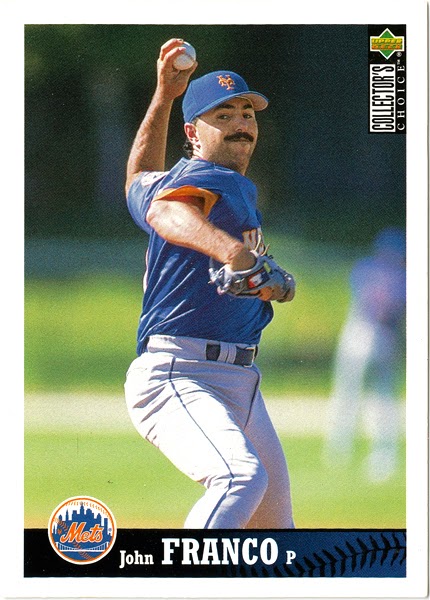 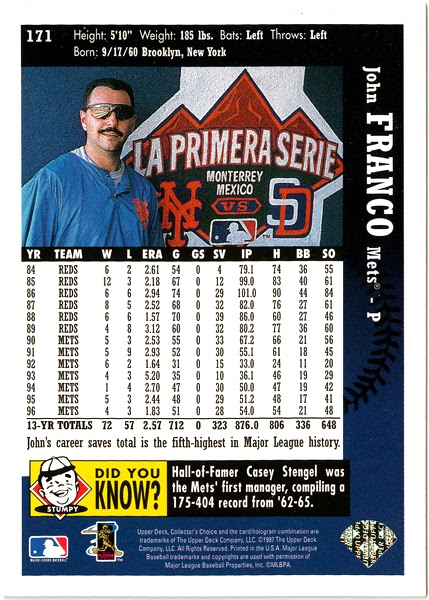 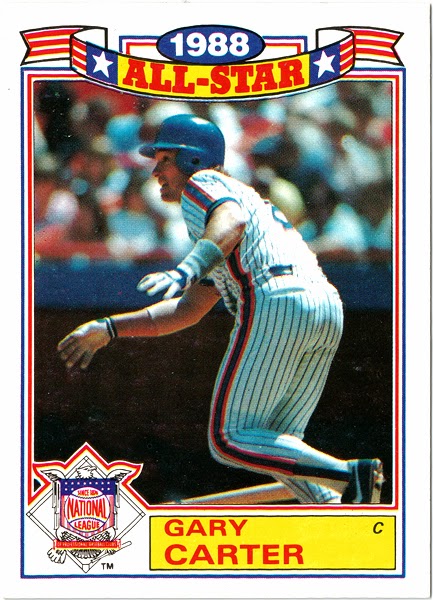 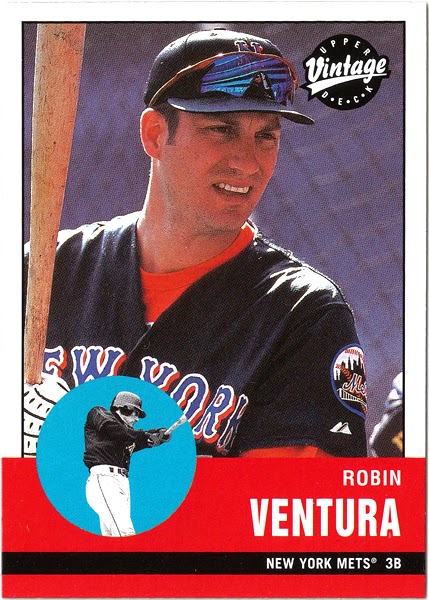 My appreciation for the Mets, like the Yanks, didn't really develop until I arrived in New York, though. And I hadn't been a Mets fan for much the same reason. I certainly wasn't rooting for Strawberry and Gooden and Hernandez and the like as they battled my Dodgers for National League supremacy in the '80s. 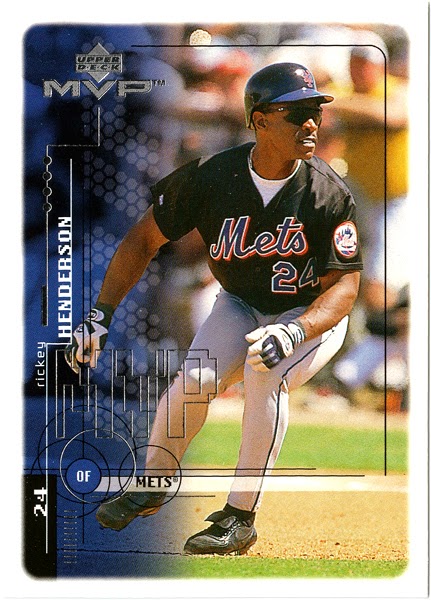 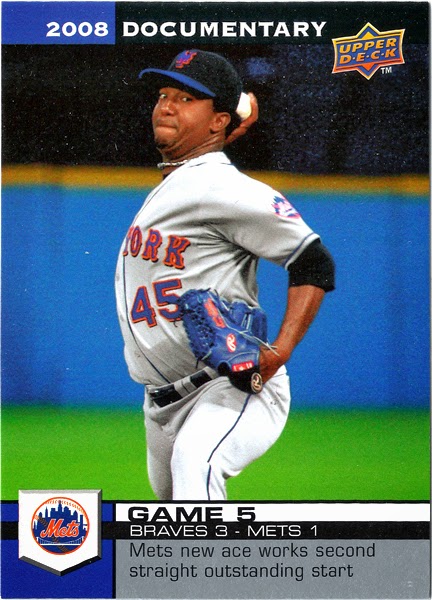 But by the time I'd arrived in New York, the Dodgers had managed to let Mike Piazza slip away, and FOX to soil the traditions of the great franchise. Meanwhile, the Mets had landed Piazza for themselves, and surrounded him with guys like Olerud, Ventura, Leiter, Franco and a likeable team under the direction of the always-entertaining Bobby Valentine. 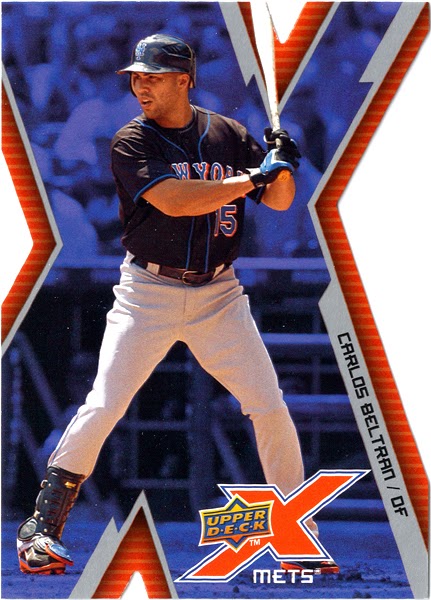 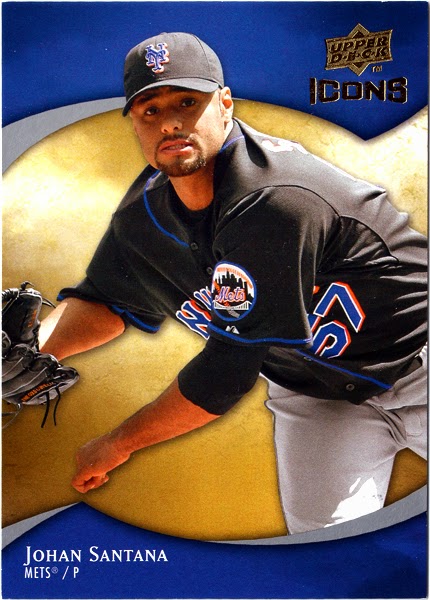 And I liked Shea Stadium. Not everyone did. But it seemed to me like a New York version of Dodger Stadium. Sure, you got scenic views of junkyards and car lots instead of palm trees and SoCal sunsets. But there was something classically National League about Shea. And it was always fun to exit from the subway and cross the bridge while getting a glimpse inside of the stadium on the way in. 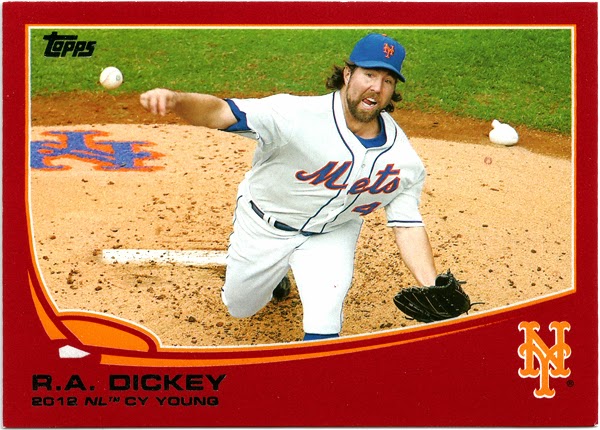 But I'm not as broken up about the death of Shea. It had some history, but it was no Yankee Stadium in that regard. And its replacement, though I never got to see more than its early construction beyond Shea's outfield walls before I left New York, looks to have been well worth the change. I would have liked to have been there to experience R.A. Dickey's magical year in Citi Field. 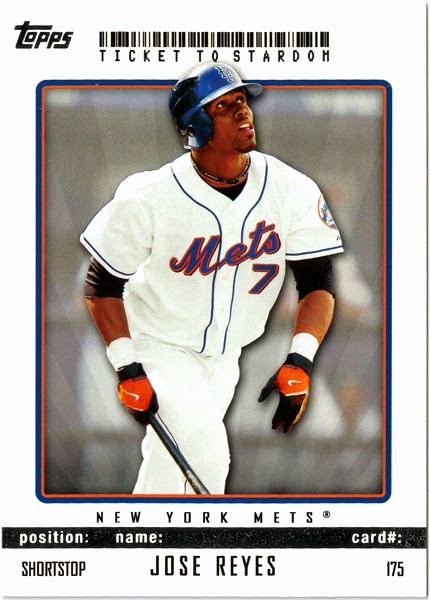 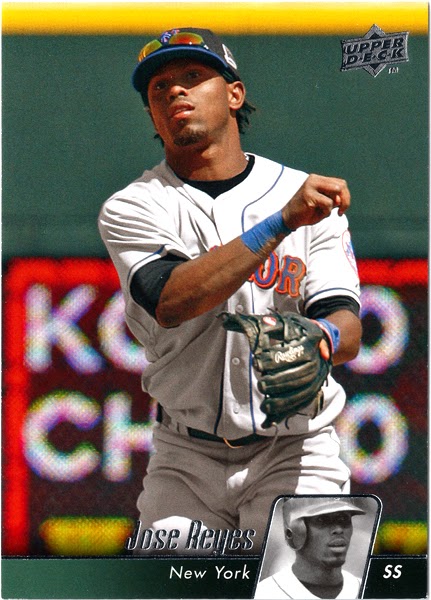 The heroes of the final days of Shea, and my final days in the Big Apple, were a couple of exciting homegrown infielders. When healthy, there are few players in the game more exciting to watch than Jose Reyes, and I got to see a lot of him when he was young and wild, with the good along with the bad. 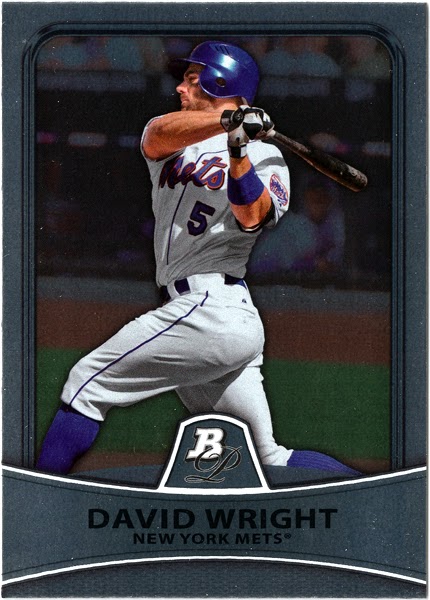 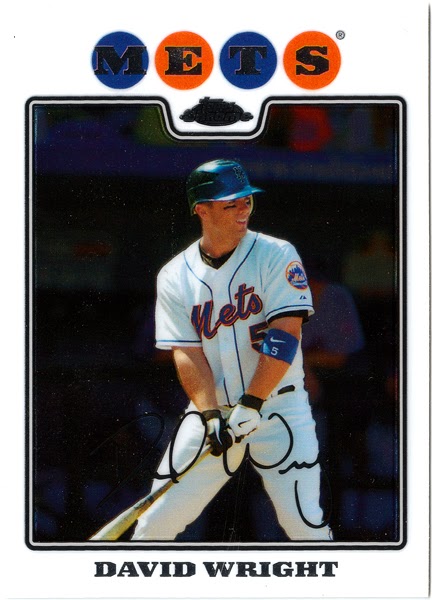 But David Wright was my guy. If the Mets had managed to be a better team over the past decade, Wright would deservedly be talked about in much the same way that Jeter is. As it is, he will be remembered as the greatest position player in the history of the franchise when he retires, and he'll always be one of my all-time favorites.

Thanks to Jeff, I now have all of these great 2x3 reminders of what an excellent time it was that I chose to be in New York. Not to mention what an excellent decision it was to join the card blogging community. Thanks again, Jeff!
Posted by petethan at 11:50 AM