Harry/Mark Part I: Pitchers on Parade 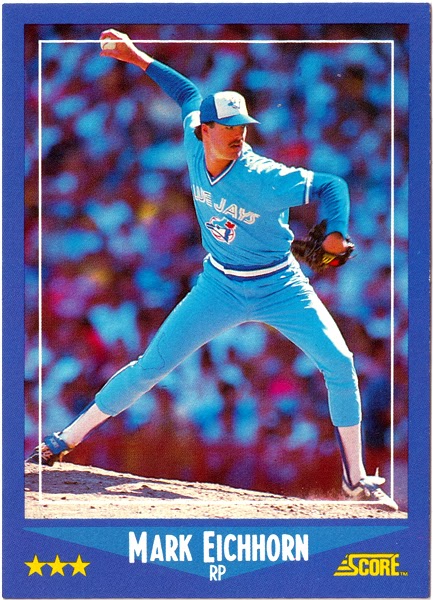 Do you ever look at a card that you've seen before... many times... over the course of several years, or even several decades, and feel like you're seeing it for the first time? I'd dismissively judged this seemingly unremarkable specimen from the inaugural Score set many times before it finally caught my eye last weekend. Frankly, it's beautiful. Eichhorn's windup is caught at the apex of his pitching arm's motion, just before he's to dip into his buggy-whip sidewinding delivery to the plate. But it's the photo's lighting and the card's colors that make it stand out. The predominance of blue, with the highlights of the team's secondary color, red, combine in the blurry distance to produce a subtly implied violet background to the righty's baletic motion. I stared at this card Friday night for about as long as I have any other. And it's just Mark friggin' Eichhorn, a relief pitcher for the Toronto Blue Jays a quarter of a century ago.

I have a guy named Mark, also known as "Harry," to thank for this magical cardboard moment. But that's just the tip o' the proverbial iceberg. I am always amazed at the kinds of trade packages that people manage to put together, and this one was certainly no exception. Mark doesn't have a blog (probably a wise time-management decision). But he enjoys following the many of us crazy enough to ramble publicly about our hobby/obsession. The fact that there are people out there who are interested in this stuff, alone, is rewarding. But Mark also really delivered the goods with the package he sent my way. 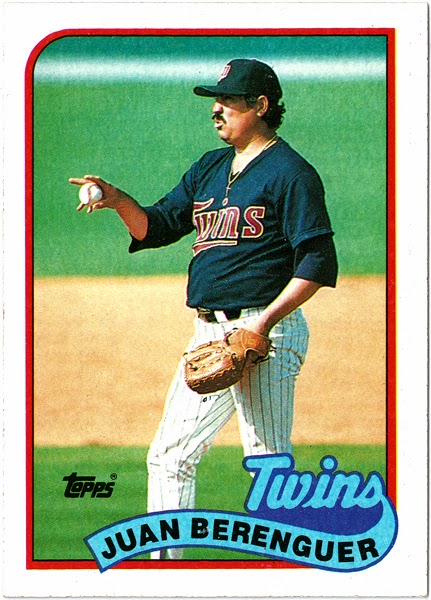 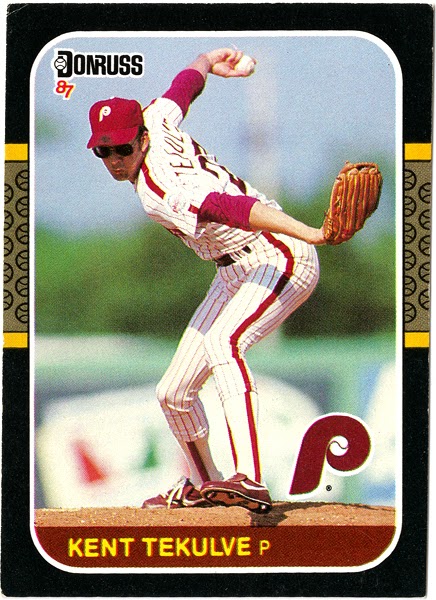 Today's post is going focus on only one aspect of the great cardboard deluge from Mark: pitchers, pitchers, (a couple of catchers), and more pitchers. Has there ever been a more ferocious, almost sci-fi looking warmup grip than the one Juan Berenguer is directing toward his poor catcher? Is that going to be a split-finger or a palm ball? Nasty. Meanwhile, another master of the laredo delivery, Kent Tekulve, gets one of the small handful of great '87 Donruss cards. 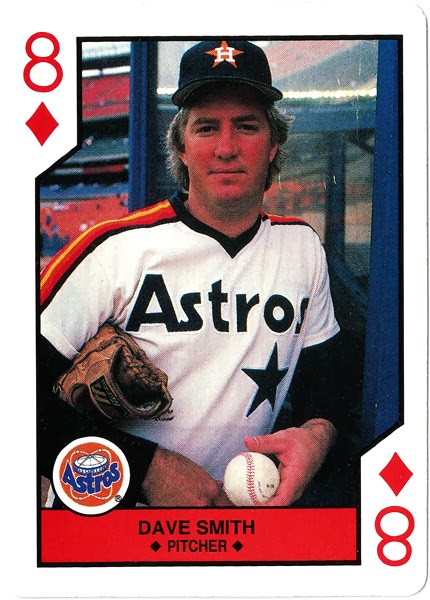 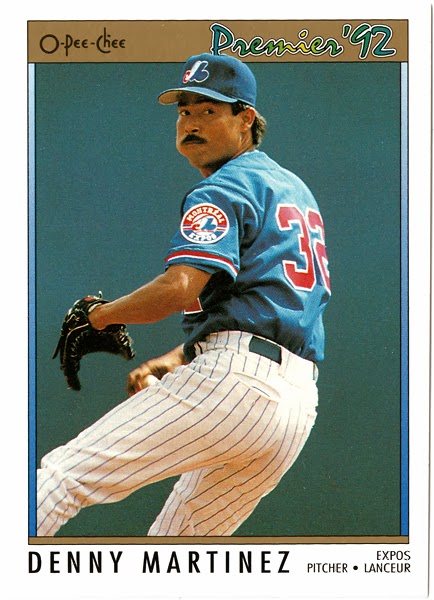 Fantastic oddball featuring Dave Smith. For the record, not a Getting a Grip card, since he's just holding the ball, not gripping it. But a card's failure to quite fit into a mini-collection is never an impediment to my enjoyment of a card received. And I'm always happy to see El Presidente come my way. (I've forgiven him for no-hitting the Dodgers.) 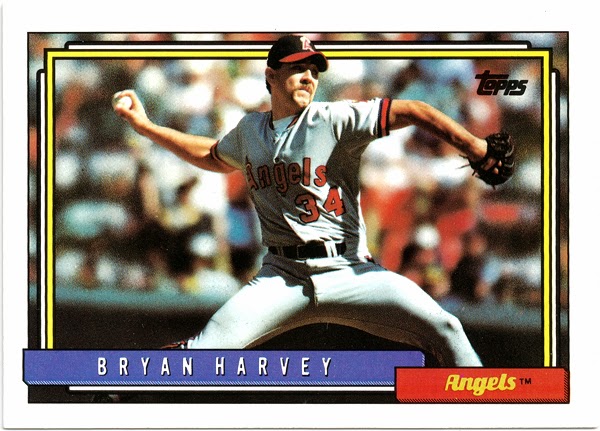 One of the best developments in cards at the dawn of the 1990s was the return of the horizontal option in Topps base sets. 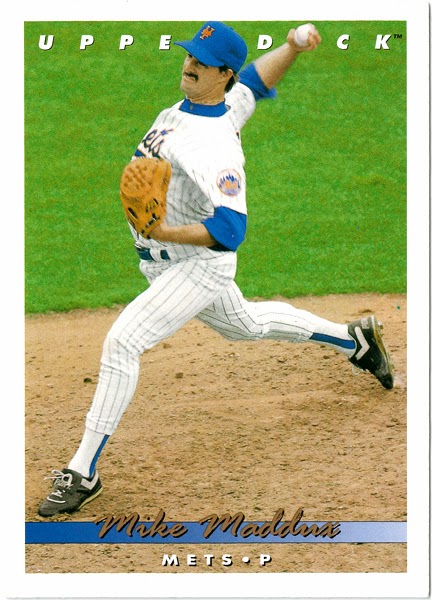 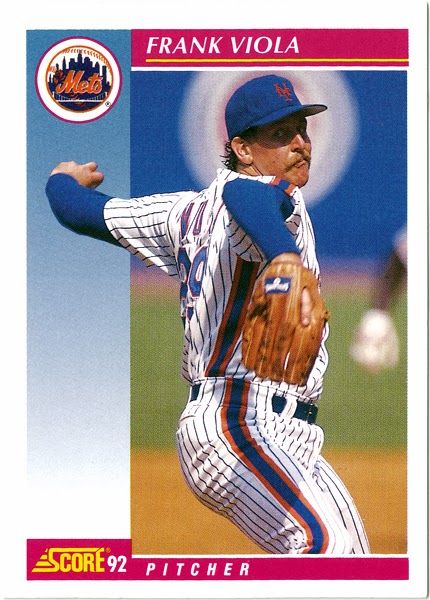 Here are a couple of Mets gems. Gotta love the way the logo on the outfield wall halos Frankie V.'s noggin. 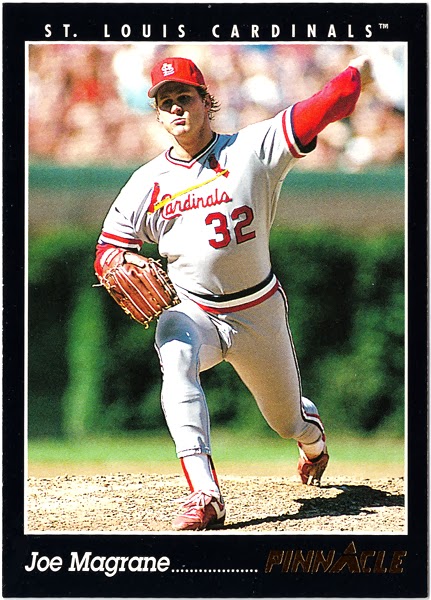 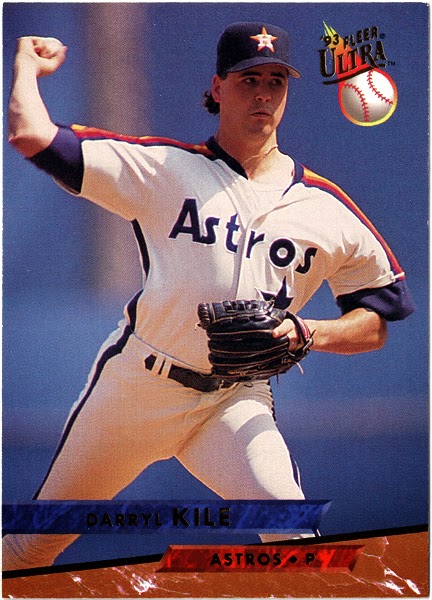 Speaking of outfield walls in the background, the Wrigley Ivy can't be beat. 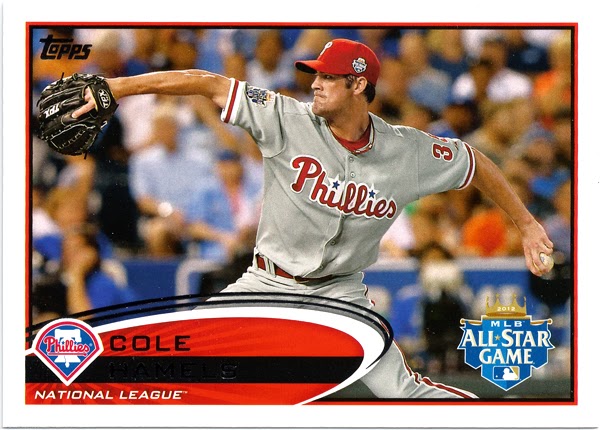 Mark didn't get stuck in the junk wax era. He also sent along some current pitching goodies like these. 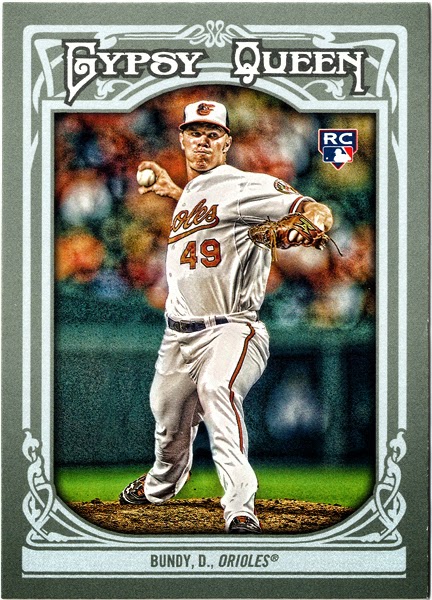 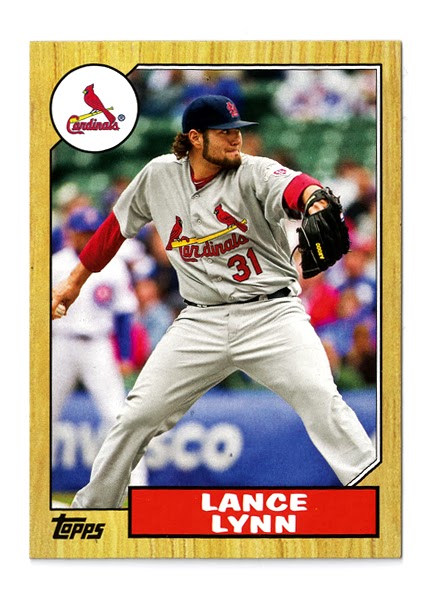 Even better, Mark's specialty is vintage. He's a Red Sox fan with an impressive collection. If he were to find the time and inclination to blog, it would no doubt be a fun read. Fortunately for those of us that he's contacted for trade opportunities, the thing that he's light on is Red Sox cards of recent vintage. It's the proverbial win-win situation. 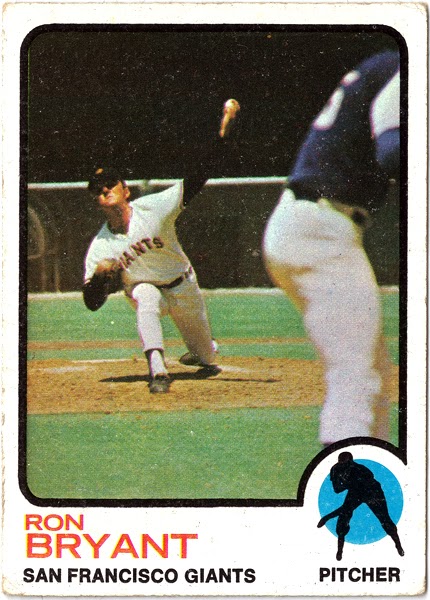 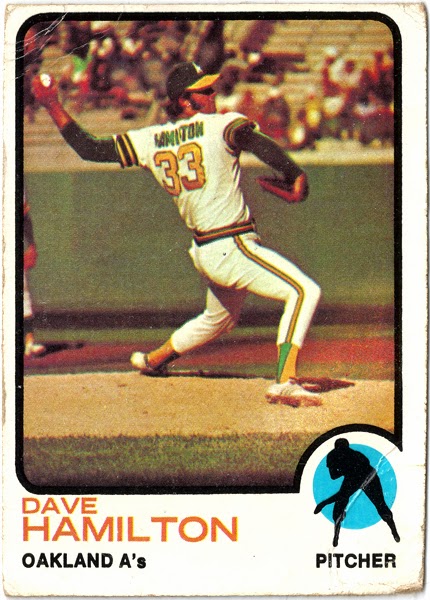 But it's hard not to think that those on the receiving end of a package from Mark aren't the big winners. Check out these fabulous examples of pitchers in motion from the quirky '73 Topps set, the first to feature action in substantial quantities on its base cards.

Mark tried to help out with my mini-collecting. These were accompanied by a note asking whether these qualify for Getting a Grip. 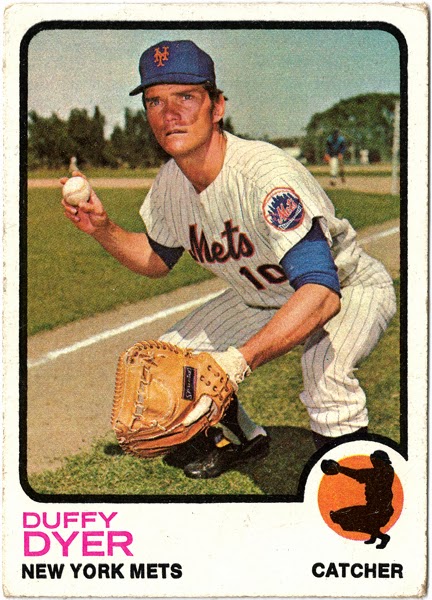 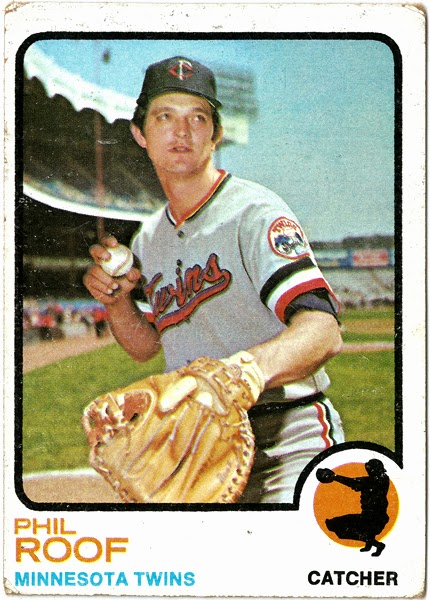 Well, no. They don't. I did recently add position players to the collection, but only in cases where the player is displaying an obvious pitching grip, such as a knuckler or an obvious split-finger grip. These two catchers are simply gripping the ball the way they would when playing their own position. That said, even though they don't fit a mini-collection, they fit the most important collection: the maxi-collection. They're vintage cards that I needed. That's enough for me to love 'em. 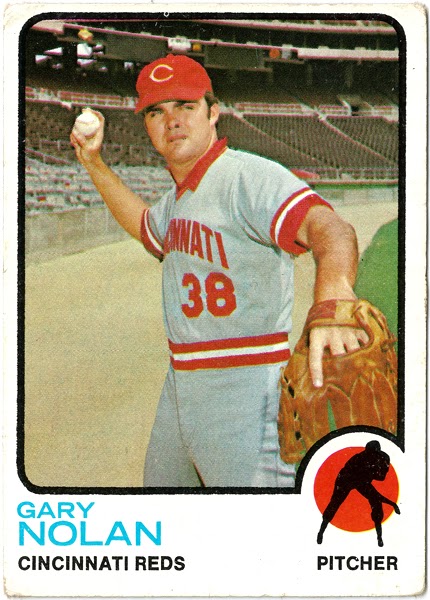 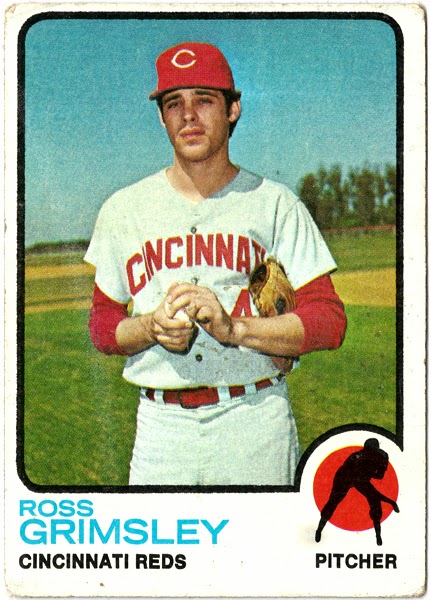 And, as it turns out, Mark did hit the mark with these Getting a Grip gems. The Nolan card actually made me think a bit, though. Getting a Grip does not include pitchers in the act of throwing. But I decided that, despite his convincing body language, Nolan is posing, not throwing. I might be wrong. But, then again, I don't care. It's in. 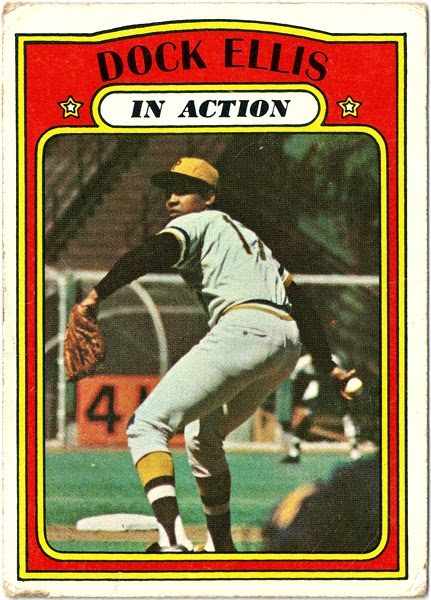 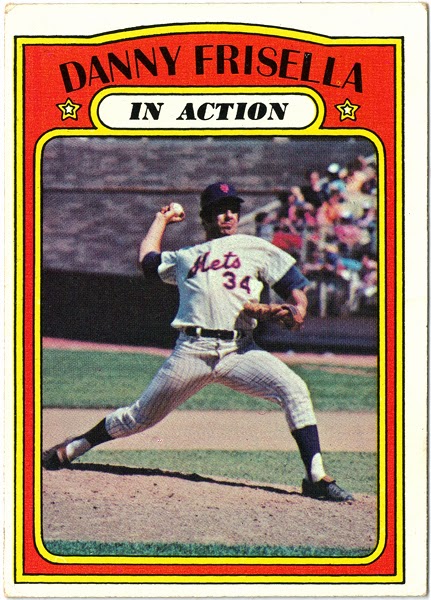 Wrapping up this first look at what Mark sent, we have a quartet of '72 Topps pitchers in motion. As was typical of this set, that required that they be on special "In Action" cards. Or, in the case of Nellie Briles, getting the job done in the Fall Classic (a two-hit shutout; time of game: two hours and sixteen minutes). 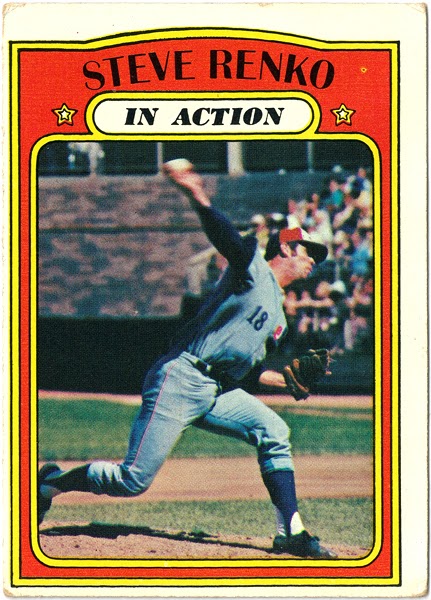 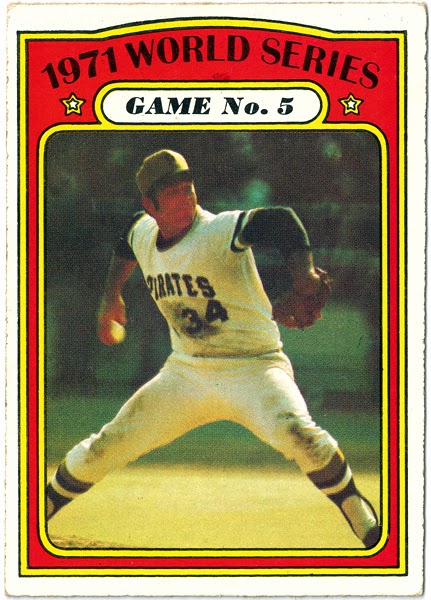 As usual, I've saved the best for last. Next time we'll see what happens when a generous guy with vintage cards to trade meets a Dodger fan. Spoiler alert: He makes the Dodger fan very, very happy. Thanks, Mark!
Posted by petethan at 3:01 PM