Cards From the Happiest Place on Earth

Sure, growing up in Southern California I loved the Matterhorn and Space Mountain at Disneyland. But my Happiest Place on Earth was among the hills of Chavez Ravine. A lot of life has happened over the course of the past couple of decades. So much that I'm not even sure when the last time was that I had the chance to enjoy beautiful Dodger Stadium in person. But I did recently receive a package from Chavez Ravining, courtesy of Alex.

It all started when he showed a few cards on his blog that he had available for trade, including one that caught my eye for obvious reasons... 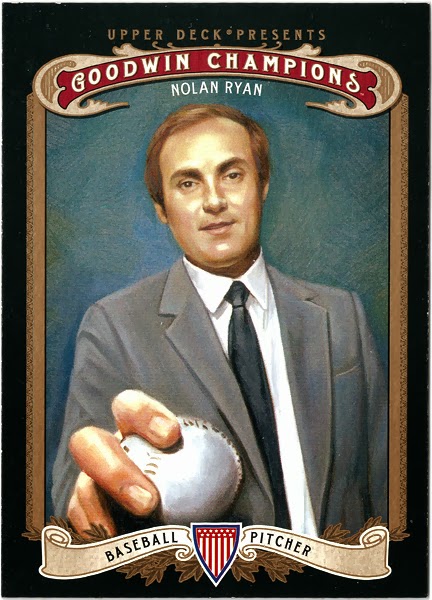 Hoyt Wilhelm and Nolan Ryan, two Hall-of-Fame pitchers with very different repertoires, are easily the Grand Masters of Getting a Grip so far in the mini-collection's short life. Ryan has had some of the more interesting specimens to make it into the collection to date, including a couple of other cartoon versions, a fabulous Achievement Grip, and even a son in the collection. Thanks to Alex, you can now add this suit-and-tie grip to the eclectic list. 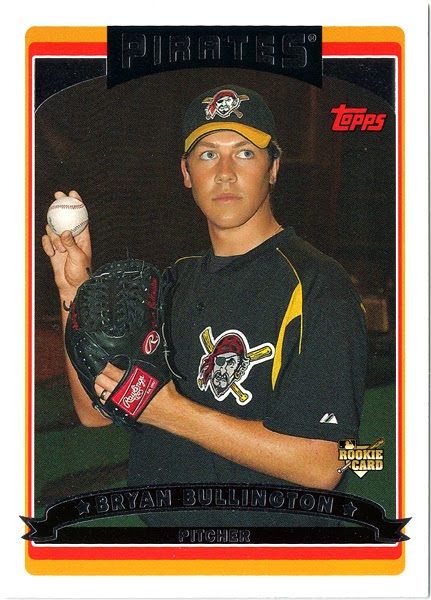 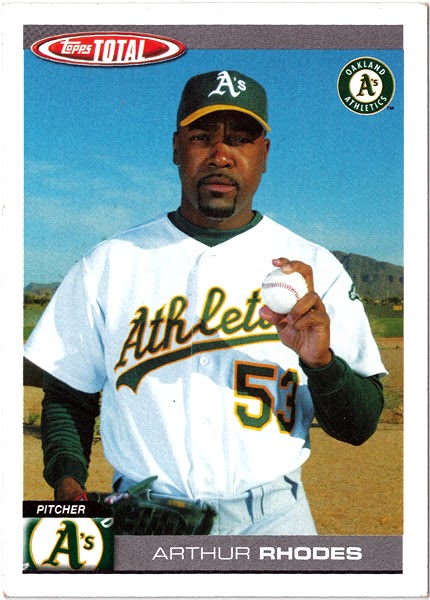 He also sent along some always-welcome standard Posing With a Grip cards, including Arthur Lee Rhodes in his one season in Oakland (out of twenty spent in the bigs). 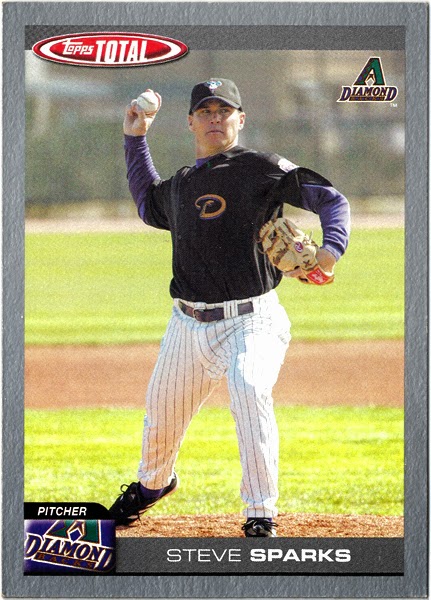 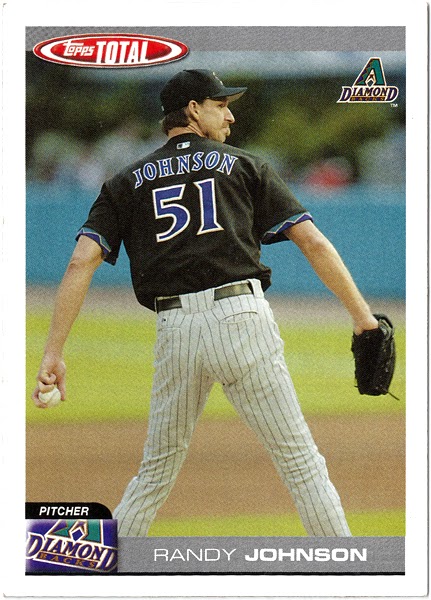 Fortunately, that wasn't the only Topps Total card that Alex sent my way. Any Topps Total is welcome on the Playing With My Cards playground, but especially knuckleballers and Big Units. 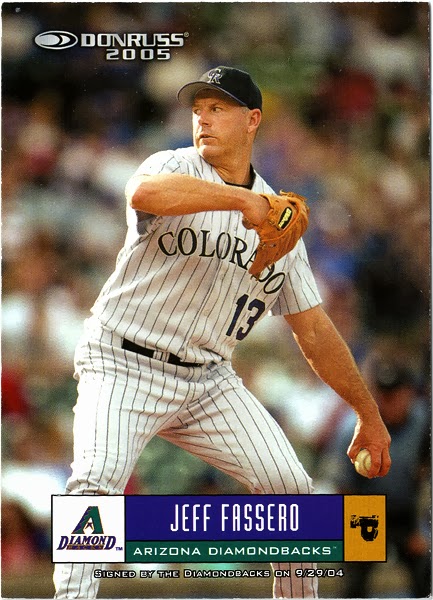 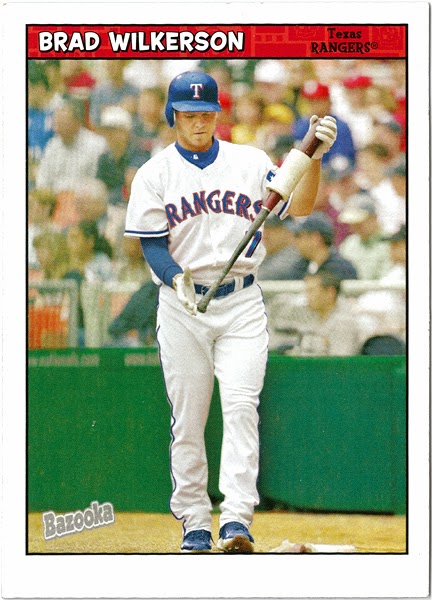 Really, anything that's not from the Topps flagship base sets between 1997-2007 has an excellent chance of being new to me. I'm especially exited to receive Donruss cards from this period, since they are a billion times better than the stuff they were putting out during my younger collecting days. Meanwhile, Brad Wilkerson does not have a Doughnut there. That's a gyro. It's a "mistake" that a lot of people have been making when sending me mini-collection cards... and I love it! Why? Because I love cards that I don't have, whether they're Dodgers, mini-collection hits, pitchers, non-pitchers, stars or scrubs. If it's a baseball card, and I don't have it, I want it. It's a sickness, really. 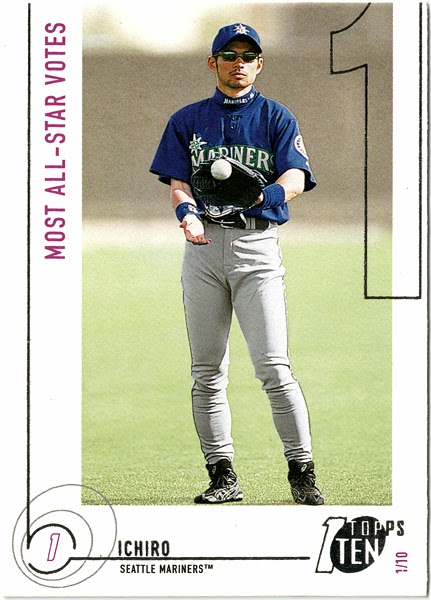 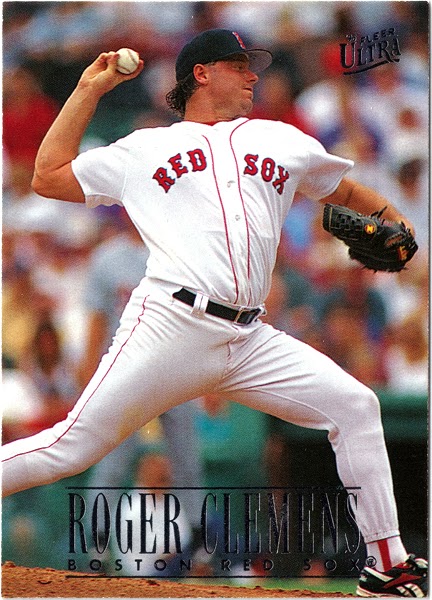 That sickness means that I love getting cards of players that I like and respect (Ichiro) as well as players that I despise (Clemens). All you've gotta do to make me happy is make new cardboard with baseball players on it appear in my collection. The fact that Alex included much of what I enjoy the most is icing on the cake. Come to think of it, cards like this make our former dining room (now the great baseball card sorting factory) my new Happiest Place on Earth. Thanks, Alex!
Posted by petethan at 4:18 PM