John, of Johnny's Trading Spot, strikes me as many things: a passionate Braves fan, a dedicated blogger, a collector with an eye for the unusual (have you seen some of his interpretations of shadows on cards?). But one thing he's not (again, this is just my impression) is patient. You can see this in some of his posts about Braves team sets that he's looking to complete right now.

When it comes to cards, you can hardly blame him for not wanting to wait. But that character trait probably has him a little exasperated by me as a trade partner. Within days (maybe even just a day) of contacting me about trading, John had stuffed, by his count, about 25 different envelopes full of Dodgers, Grips, Turtlenecks, 42s, Doughnuts, and just plain cool cardboard ready to ship out my way. After the first few arrived, I had to slow him down. My sorting project is not only less than half way complete, but the inventory project has me slogging through the beginning of the alphabet again.

The good news is that I finally caught up to John's first wave of envelopes. And the second wave has begun to arrive. You can bet that I'll be plugging away at sorting and inventory and pulling Braves as fast as I can. I can sympathize with John. His great cards have me impatient for more... 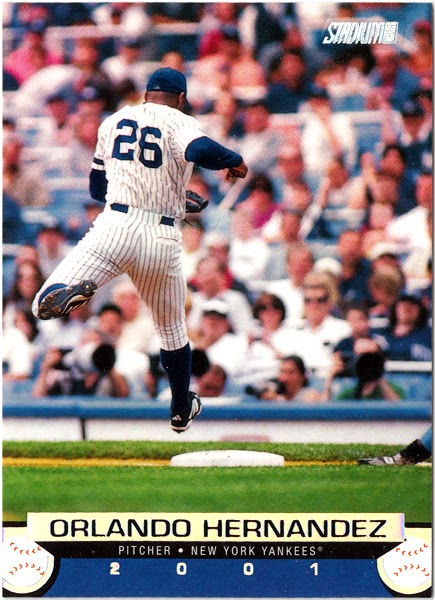 A couple of the best things about trading with John are his eye for great cards, and his supply of cardboard from my collecting dark ages, which started in about 1997. The result has been a deluge of fabulous cards from the late '90s and early aughts, such as the great El Duque here, racing to beat a runner to the bag. 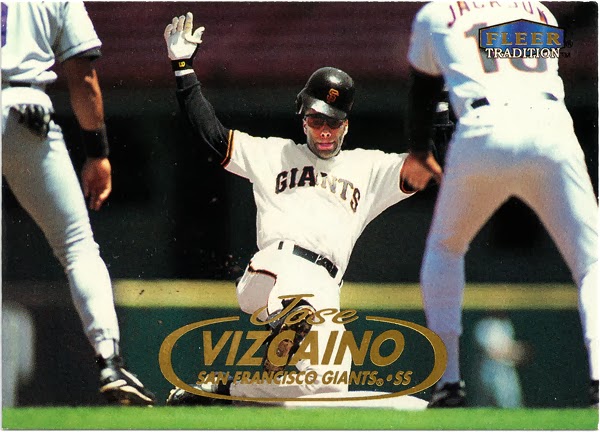 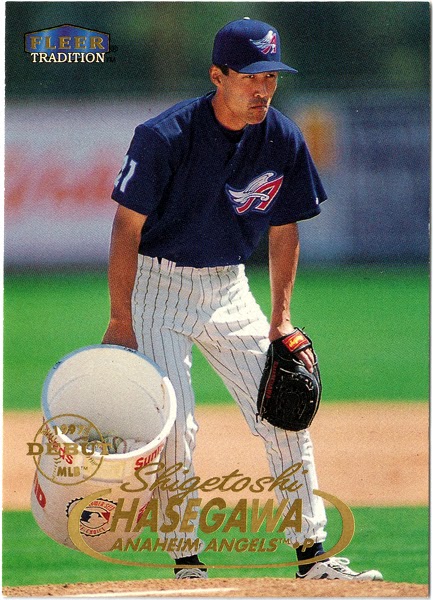 The set that I've been treated to the most by John so far has been '98 Fleer Tradition, a set which appears to sport some of the most interesting photography of the era, and which represented an almost complete void in my collection until John began to rectify that. I think that many of the cards John has sent are supposed to be for potential inclusion in The Turtleneck Collection, as many of the players are sporting those long-necked undershirts common of the era on the card backs. Of my mini-collections, Turtlenecks is probably the toughest to get into in terms of subjective judgement. The player can't just be wearing a slightly long-necked shirt. The turtleneck really has to jump out at you. That said, if that's the reason he's sending these great cards, I have no incentive to stop him. Mini-collection hits or no, I love 'em! 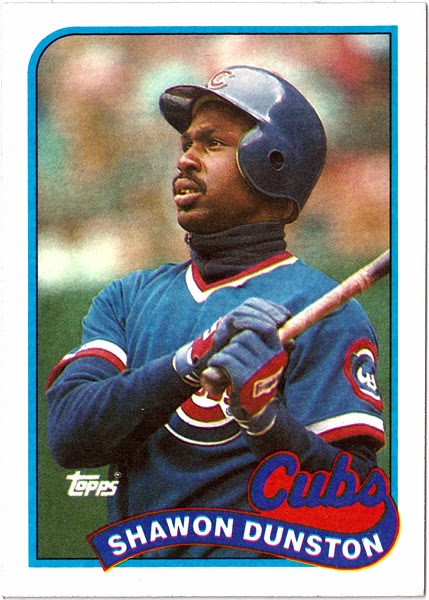 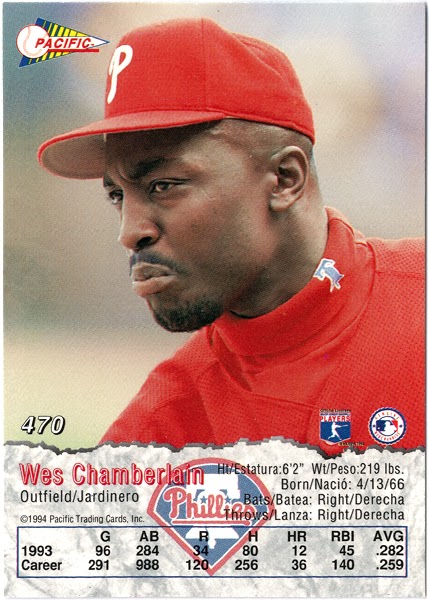 At any rate, both in his previous packages and with this one, John did manage to send some Turtlenecks worthy of inclusion, including that incredible specimen to be found on Shawon Dunston! 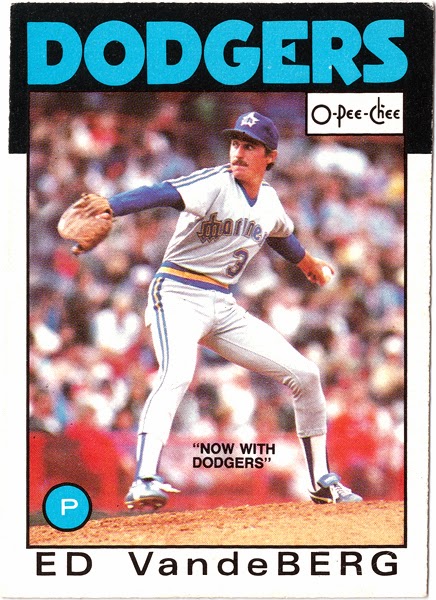 John knows I like Dodgers (check), I like pitchers (check), and I like OPC cards which vary from their Topps counterparts (check). Thanks for "letting us know" that Vande Berg is "now with Dodgers," OPC. That's "useful information" (if not proper usage of quotation marks). 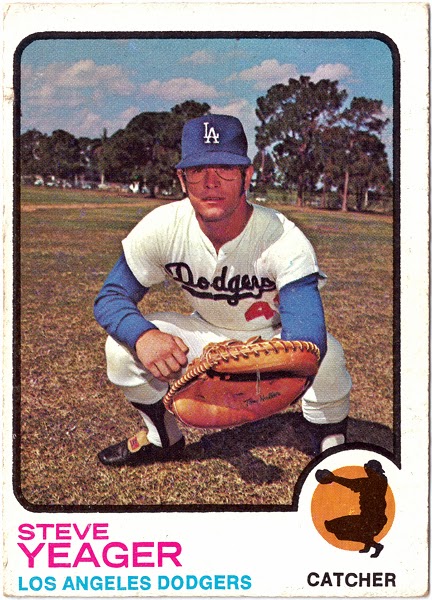 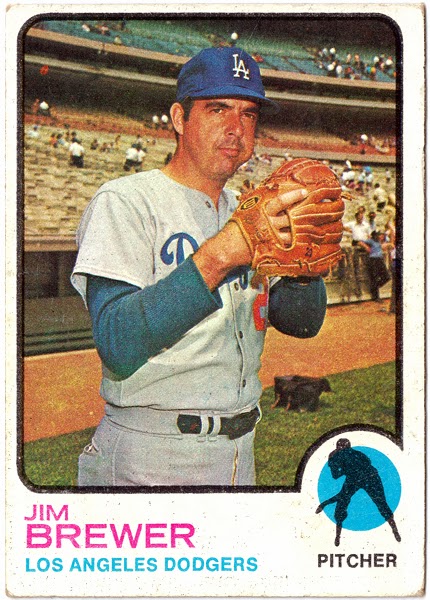 John also surprised me with some vintage Dodgers, as well! Nice. I can't wait to see what he has in store next. You hear me, John? I can't wait!! I'd say that I'll be patient, but that's probably not going to be necessary with John. I'll be surprised if there isn't an envelope from our favorite high-speed Braves fan waiting for me when I get home. Thanks, again, my friend.
Posted by petethan at 5:19 PM