A short while ago, I received a truly awesome trade package from Mark "Harry" Hoyle, a non-blogger who is rapidly building a legend as the "Vintage Virtuoso" in the card blogging community. In my posts about that trade I accidentally left in my place-mark subject header of "Harry/Mark." Allow me, on the occasion of receiving an incredible addendum to the previous package, to correct that mistake, as we take a look at more of what Mr. Hoyle has bestowed upon this humble playground. Let's play... 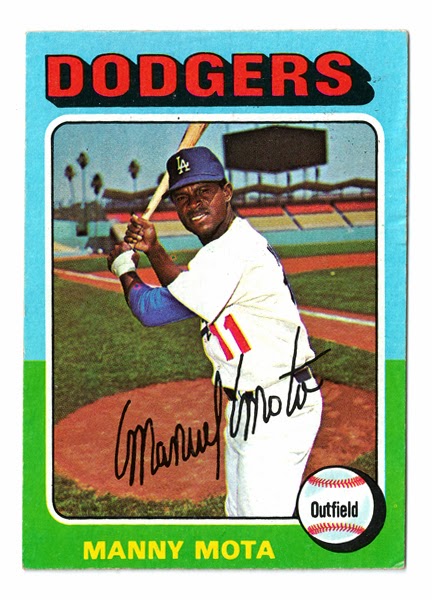 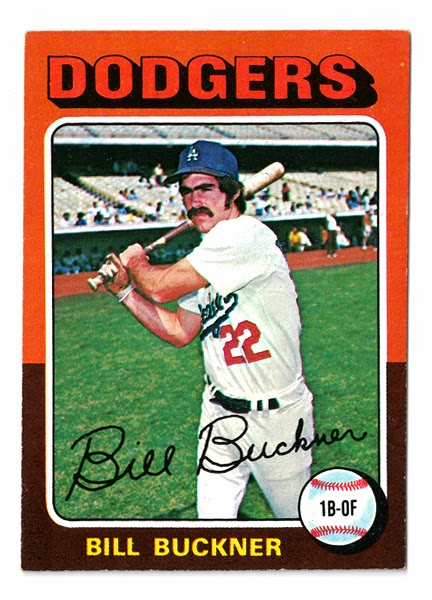 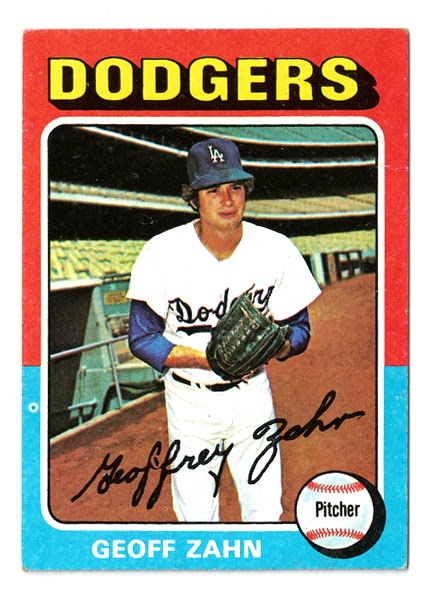 Another thing that I can't stop saying is "wow." Mark's incredible collection, his generosity, and his presence in the community (blog or no blog), have made for one of the most welcome developments of the new year. If my rambling fails to properly convey my excitement about Mr. Hoyle's impact on my collection, this second batch of Dodgers '75 Topps Minis that he sent, in all of its colorful mini glory, serves the purpose well. 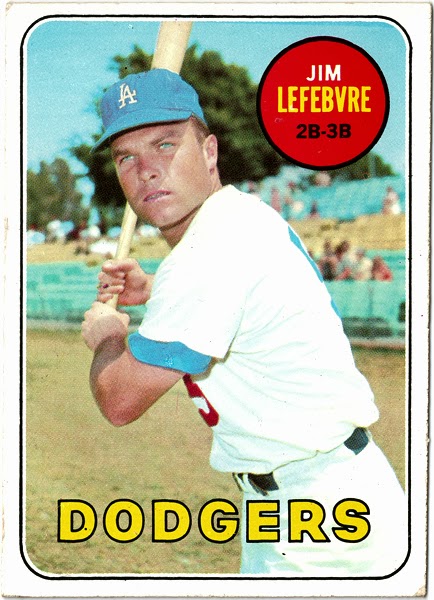 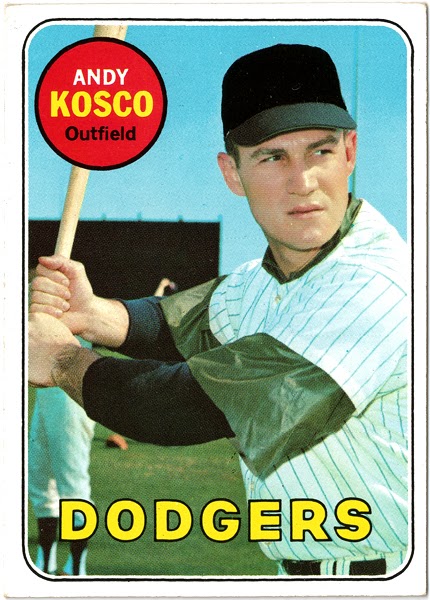 I was born in 1970. Perhaps as a result, I tend to conceptually divide time into decades even more than people without a zero at the end of their birth year. My collection tends to reflect that, as well. I began collecting in 1980. When it comes to Topps Dodgers cards, I have them all from the 80's, most of them from the '70s, and less than 10% from the '60s. That percentage has been on the rise in the past month, thanks almost entirely to Mr. Hoyle.

Lefebvre won a Rookie of the Year Award for the Dodgers, and later became a coach (though he and Lasorda didn't work well together). But the thing that I remember about him from when I was a kid was that his name was pronounced luh-FEE-ver, while Padres outfielder Joe Lefebvre pronounced his name luh-FAY. I never could wrap my mind around that. Meanwhile, I love that Topps tried to pass off Kosco's black hat and sleeves, pinstripes, and lawn-tarp undershirt as a Dodgers uniform. 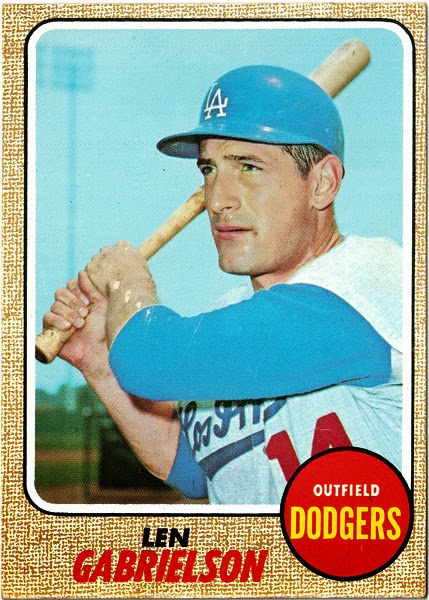 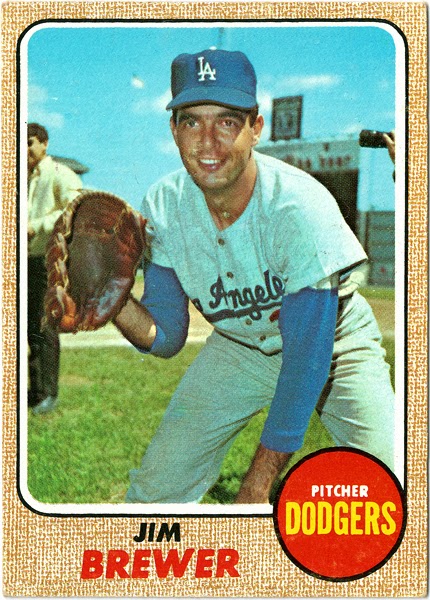 This is the '60s set that has grown on me the most over the past year. I used to hate those borders, but I dig 'em now. And I love all of the action taking place behind Jim Brewer on the sidelines. You not only get the young dude in the windbreaker, but the random zoom lens from the camera poking into the frame on the right.

Mark had sent a '65 Topps Jim Brewer in his last package, which was inducted into the Playing With My Dodgers collection, along with four other great cards. I think he enjoyed seeing his cards make their way into the set because he managed to hit upon four more PWMD greats, which will be inducted this week.

Receiving any one of these cards would have made my day. I can't thank you enough, Harry/Mark... pardon me, Mr. Hoyle.
Posted by petethan at 10:42 AM