Yesterday we looked at the parade of pitchers that marched through my Card Night last Friday, courtesy of (blogless, therefore sane) Red Sox fan and vintage card trader Mark "Harry" Hoyle. That explains the subject line of these posts. So does the fact that I failed to replace my placeholder subject yesterday with something more appropriate/interesting than "Harry/Mark." Then again, considering the goodies he sent, Harry/Mark certainly deserves top billing. 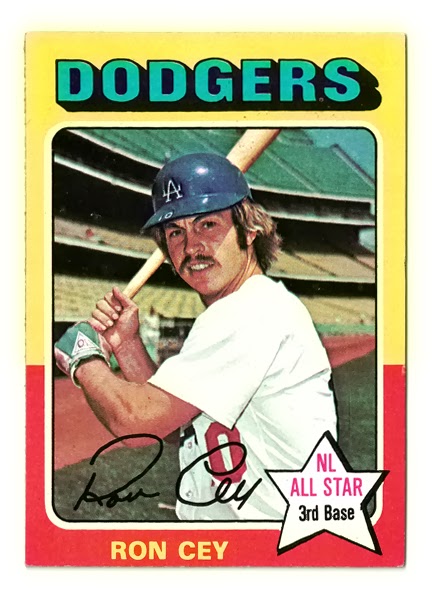 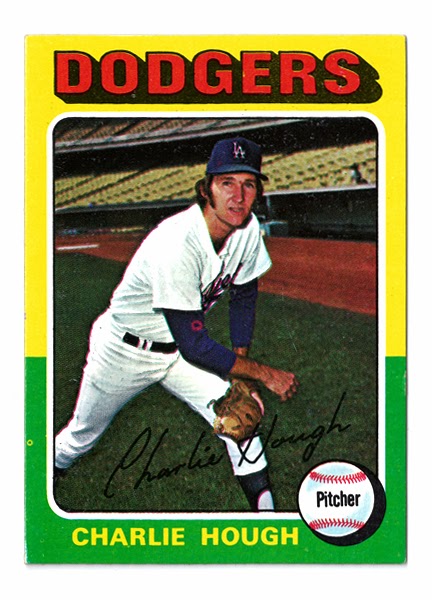 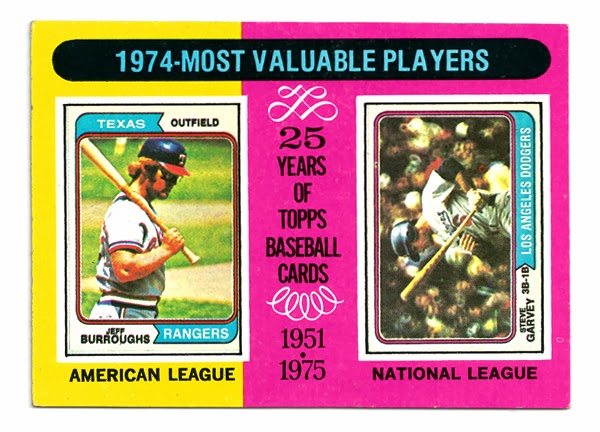 I mean, look at these '75 Topps Minis! You often see the description "pack fresh" on eBay listings. While usually dubious in that context, it's entirely appropriate here. Imagine that. I did. Opening a pack of 1975 Topps Minis. Wouldn't that be a blast? Of course, it's unlikely that I would get three such great cards out of a random pack. I mean, come on! The Penguin, Rough Tough Charlie Hough, and the reigning MVPs, including a vertigo-inducing downward-facing Garvey. And, oh, the '70s ice cream shop colors! 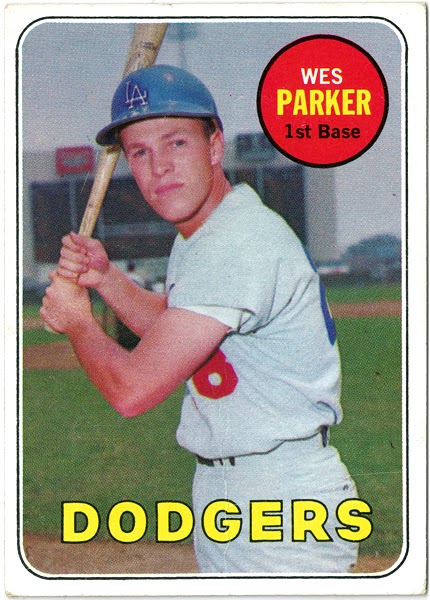 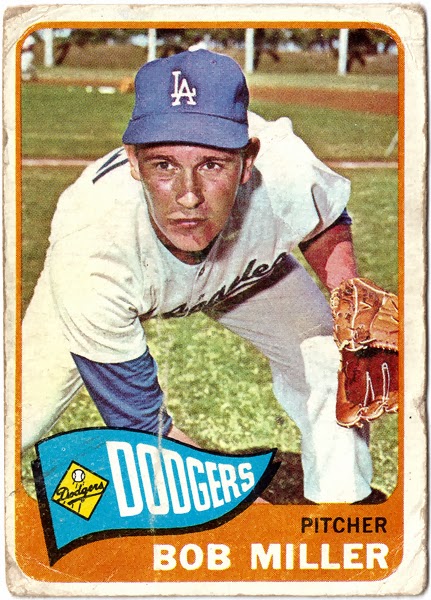 However, when it came to the vintage Dodgers in Mark's trade package, the vintage was decidedly sixties. This is a fabulous thing, since (other than '75 Minis) I am in pretty good shape when it comes to '70s Dodgers. The '60s? Not so much. To put it simply, getting these from Mark rocked! 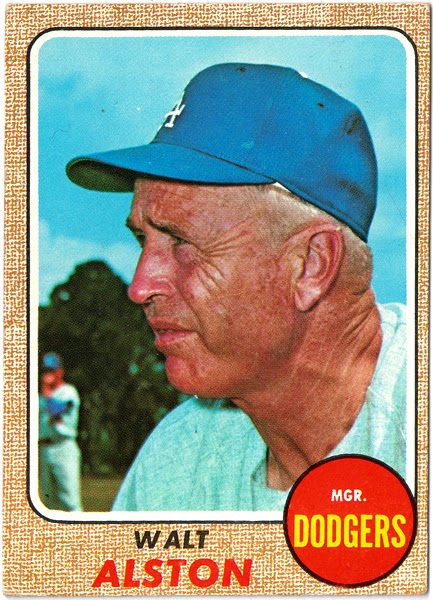 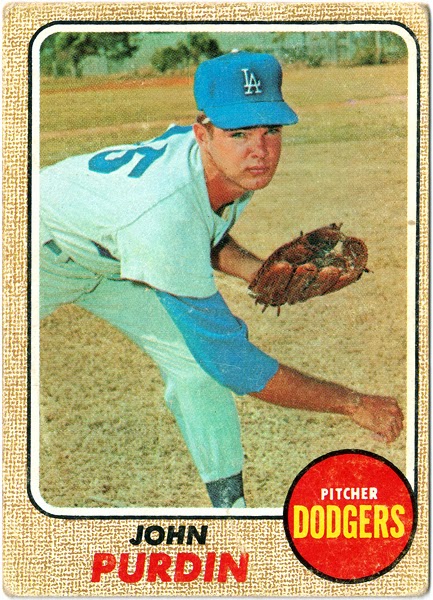 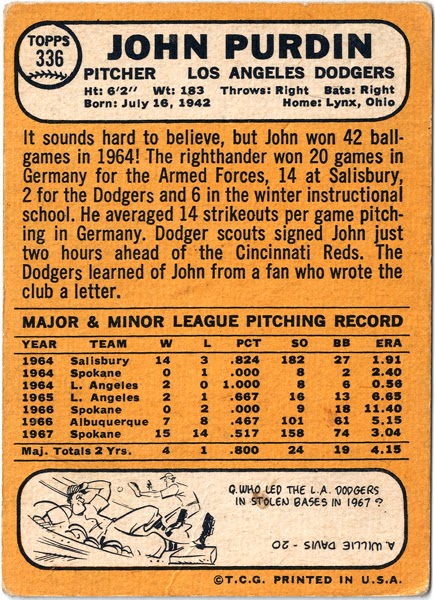 ...and, not a Hall-of-Famer. But I love 'em both. Of all of the '60s sets, including the early part of the decade, I think '68 is probably the one least represented in my collection. I used to hate 'em because of the funky burlap borders. Now I love 'em. I also really enjoyed the story on the back of Purdin's card. Every part of it is interesting, but it's fun to picture the Reds' scout rushing into the room and being told that he's two hours late, the Dodgers' scout just left with a signed contract. Also, the trivia question was hardly a no-brainer, since it was the first time since the '50s that the answer was someone other than Maury Wills. 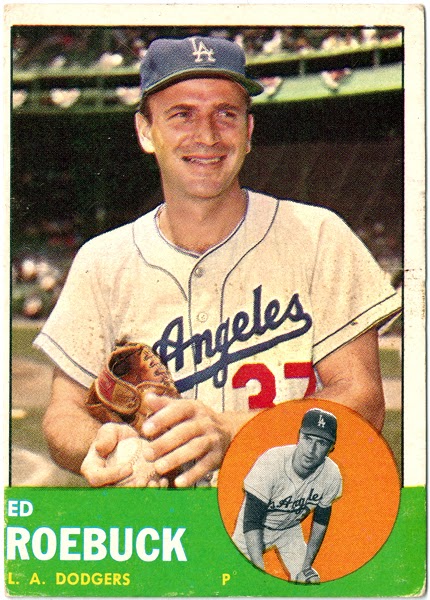 The card here that really made me salivate, though, was this flippin' awesome Rubbing Up the Ball card for the Getting a Grip collection. Ed Roebuck is one of the exclusive group of World Champion Brooklyn Dodgers, having tossed two scoreless innings in the '55 Fall Classic. I had thought maybe this photo was taken at Yankee Stadium during a World Series (note the bunting). But the Dodgers didn't face the Yanks after moving to LA until a few months after this card was released. In fact, it's probably not Yankee Stadium at all. I'm a bit stumped. And a bit giddy about the wonderful addition to my collection, courtesy of the generous gentleman from New England known (at least in my lazy subject line) as Harry/Mark.

That's all of the vintage Dodgers I'm going to show here. But don't be fooled into thinking Harry/Mark's generosity ended here. Stay tuned for five new vintage members of the Playing With My Dodgers collection, inducted over the next five days (fingers crossed), all courtesy of Mark. Thanks again, kind sir. I sure hope the modern Sox I send your way do something useful for your collection.
Posted by petethan at 1:02 PM