Playing With My Dodgers: Jack Billingham

Signed as an amateaur free agent by Los Angeles in 1961, Jack Billingham was groomed by the Dodgers to be a reliever. He would spend just one season at the big-league level with the franchise, finishing second only to Jim Brewer on the club with 50 appearances in 1968, posting a fine 2.14 ERA.

He would go on to become one of the most dependable starting pitchers of the 1970s, but he made only one start in Dodger Blue. On August 5, at Dodger Stadium, Billingham would duel Pittsburgh's Steve Blass to a scoreless draw through eight innings, allowing just five hits and two walks while striking out seven. The Dodgers would finally get to Blass in the tenth inning, with Zoilo Versalles knocking in the only run of the game. 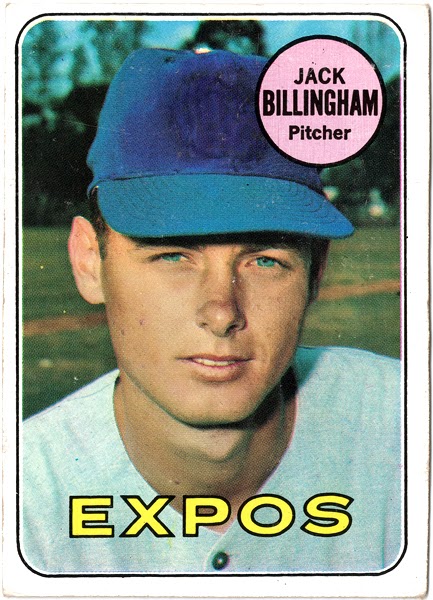 Here we have the fourth of five cards sent by the vintage virtuoso Harry/Mark that are being inducted into the PWMD set. Billingham was featured as a Dodger on a 1968 Topps Rookie Stars card, along with Jim Fairey. But I prefer to avoid multi-player cards in this collection whenever possible. And Billingham is pictured as a Dodger on this card. He's just had the "LA" rather artlessly scribbled over on his cap. 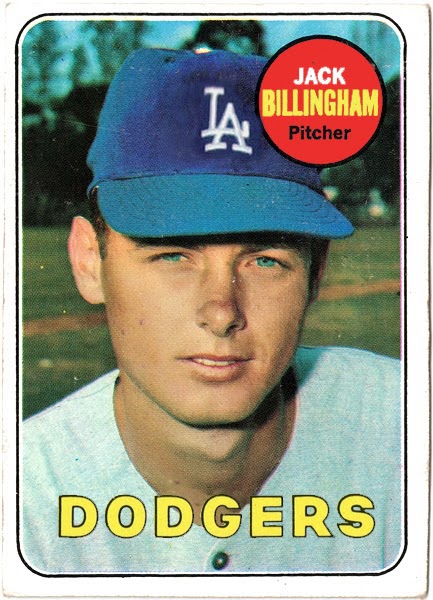