I was going to post about this card on the final day of 2013, but being there for my Grandma was more important. Now we're all immersed in 2014 Topps and this is old news. But, better late than never...

Ladies (who am I kidding?) and gentlemen, my favorite card of 2013: 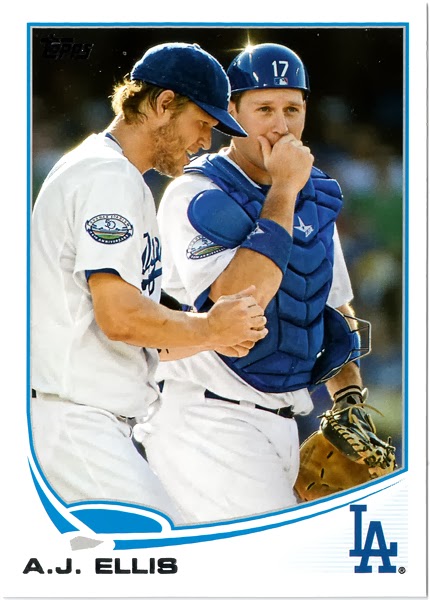 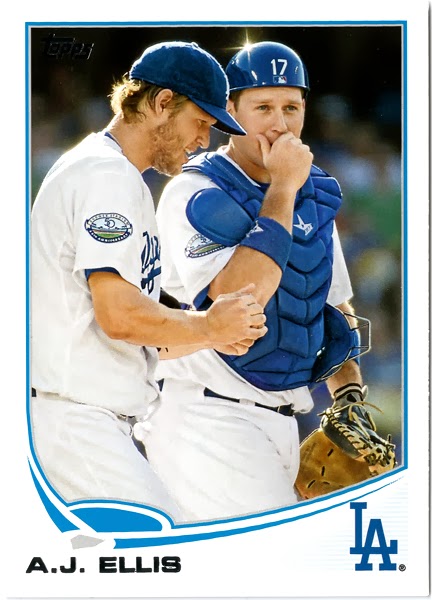 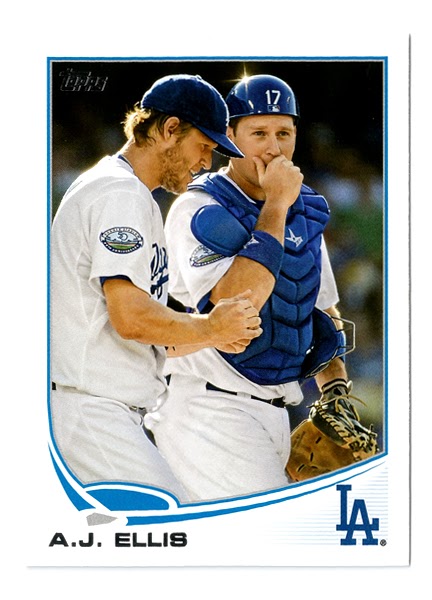 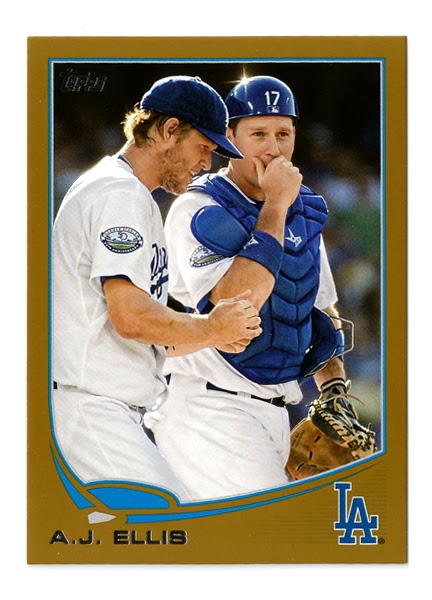 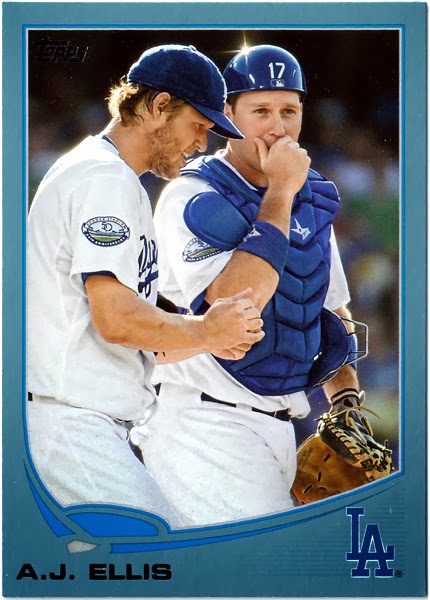 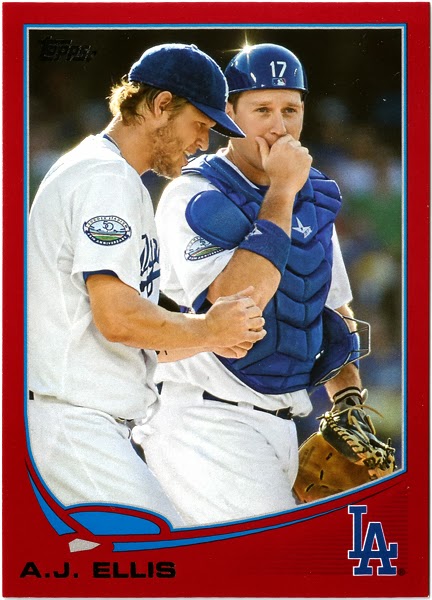 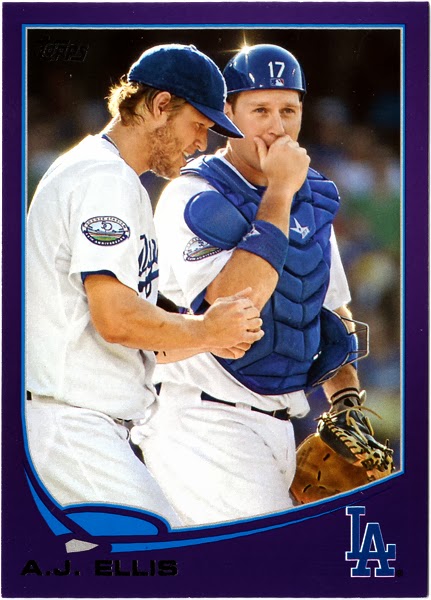 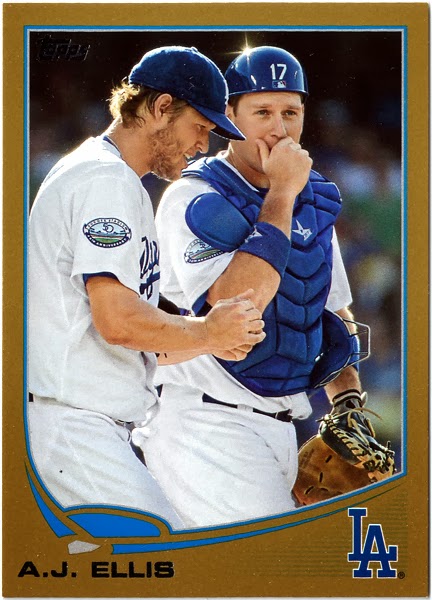 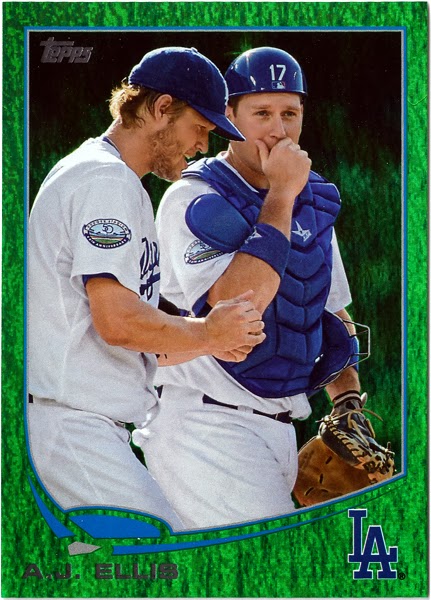 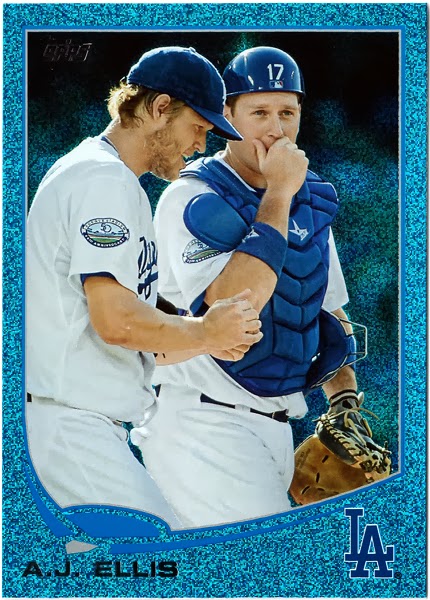 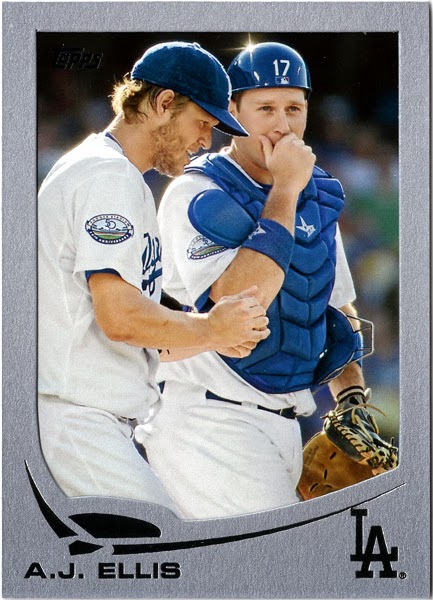 This last one represents the most I've ever paid for a single card, including vintage. The amount probably would seem paltry when compared to some of the major purchases made by many of you out there. But it was enough that I think I'll omit the details for fear that my wife might actually find the spare time to catch up with this blog.

The reasons for this being my favorite card of 2013 should be obvious. But they weren't obvious to me, at least at first. When I pulled the card from a series one pack early in the year, I simply thought, "Cool, a Dodgers card." My next thought was, "I really hate these superstar cameos. They take the spotlight off of the player whose card it's supposed to be."

But I saw the light when I received the gold version from Michael of Nomo's Sushi Platter (who seems to be on a bit of a hiatus) in a trade package later in the year. This isn't just any superstar cameo. It's my favorite active player, Clayton Kershaw, on a card with my second favorite, Ellis. The pair happen to be good buddies as well as teammates, and I'm hoping that Ellis will one day manage the Dodgers with Kershaw as his pitching coach (or at least guest instructor, à la Koufax). Not only that, but the fact that Kershaw is rubbing up the ball in the picture lands the card in my favorite mini-collection, Getting a Grip. So, really, how could it not be my favorite card of the year?

The beauty of this card from a collector's standpoint, is that it gives me an opportunity to chase a Clayton Kershaw rainbow that comes with an A.J. Ellis price tag. Which is not to say that it's cheap, but at least I have a remote chance of making it happen. Also, the fact that this card does not appear in either the Opening Day or Chrome sets cuts down considerably on the number of cards I have to chase. Which is good, because finding any of these (let alone all) is going to be hard enough (if not impossible). Here's the task ahead of me. Wish me luck. And, by all means, help if you can!


I think that's all of them. Please let me know if I managed to forget anything. I'll consider myself "done" if I manage to get everything from Mini Pink on up the availability scale. Any of the rest would be gravy. Really, really, really good gravy.

Incidentally, I've also begun to attempt a run at the rainbow for A.J.'s 2012 Topps card, which also perfectly embodies the team spirit of this great team player. I had assumed that I already had the regular base card before ordering these parallels. You know what they say about assumptions. 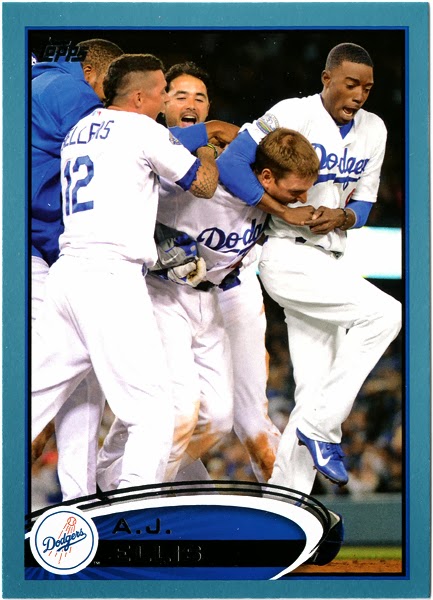 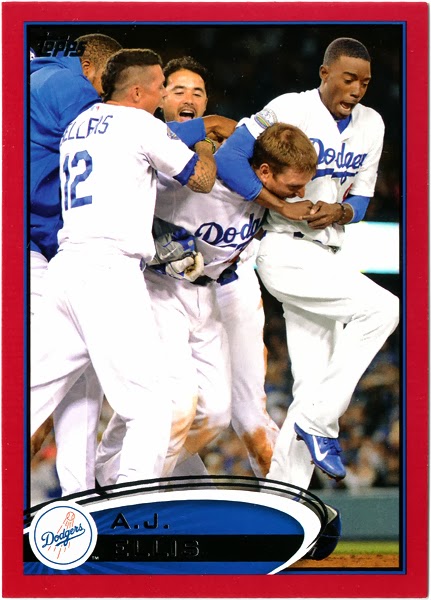 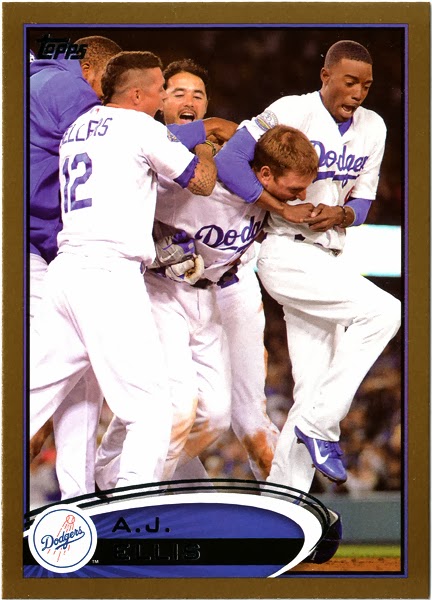 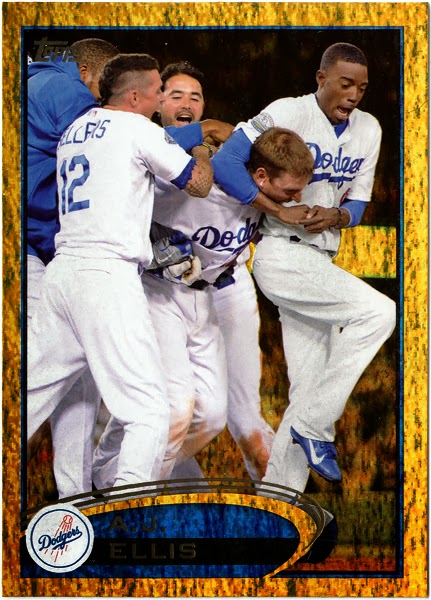 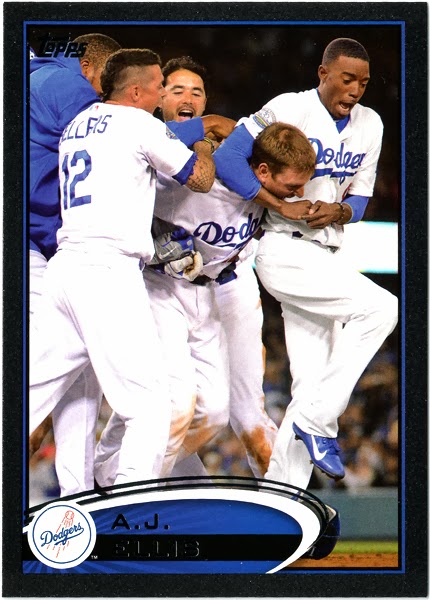 I haven't looked into my needs for this one. I think I'll just let them come as they may. These are the only rainbows I've ever chased. As you can probably imagine, I intend to chase after A.J.'s 2014 rainbow as well. It will be interesting to see if starting on that task from the set's initial release will make it any easier. It will also be interesting to see if Topps manages to give Ellis another great card, worthy of his contributions to his team. I don't even know yet if he's in series one, because I refuse to look at all of those posts out there until I finish enjoying the cards myself in my own sweet time.

Oh, one more thing before I go. I also recently got this: 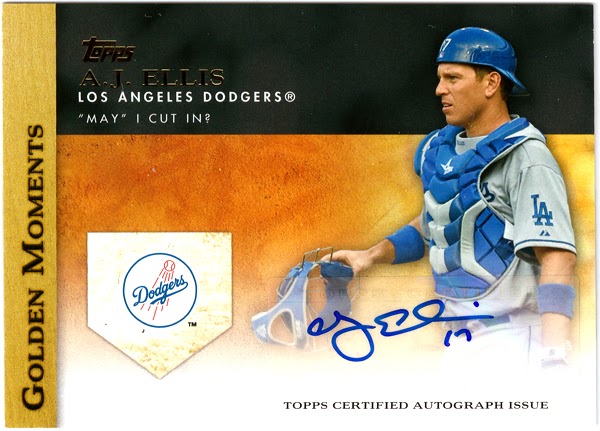 Wish me luck, and jump aboard the bandwagon to help me with this task if you can. Thanks.
Posted by petethan at 11:13 AM