A Trade of Two Boroughs...

...not to mention a city in the Southern California desert, and an Asian island nation (by way of the Great Lakes region).

I'm not sure which it was for Kenny, aka, "Zippy Zappy," of Cervin' Up Cards. His haul from me was... unusual. Upon learning of his blog, and his uncommon fandamonium for the Staten Island Yankees of the the short-season Class A New York–Penn League, I had to request his address. You see, nine years ago, when I was still living in New York, I had the pleasure of attending a handful of games at the home of the "Baby Bombers." I was in the middle of a custom card project at the time (which I'll bore you all with at some point), so I had made a couple of cards of SIY players in the hopes of getting them autographed. I didn't have any luck with the players, but I did get pitching coach Mark Thurmond to sign a couple of cards I made portraying his time as a player with the Expos and Yankees.

Anyway, I had spare copies of the two player cards I made at the time: John Poterson, a power-hitting prospect who never rose above A-ball, and a flashy shortstop named Eduardo Nunez, who would fare a little better. So I figured sending them to Kenny made sense, though it's hard to say whether he really views them as one man's treasure or trash. Frankly, it could go either way.

The one thing that I know for sure is that it was, indeed, the best of trades from my perspective. 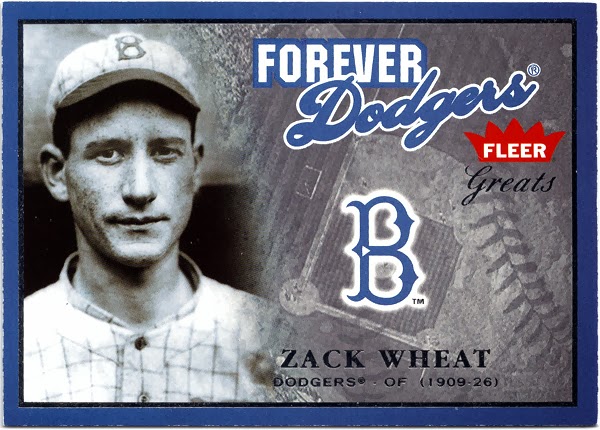 Kenny recently showed a some cards on his blog that he was offering up for trade, and this one caught my eye, for obvious reasons. Zack Wheat is not one of the bigger-name Hall of Famers, but fans of Dodger history know that he has a case for a spot on the Mt. Rushmore of Brooklyn baseball lore. And this is a sweet lookin' card. I hadn't realized it was serial numbered when I requested it (though if my pea brain had been processing words as well as pictures that day, it wouldn't have been a surprise). 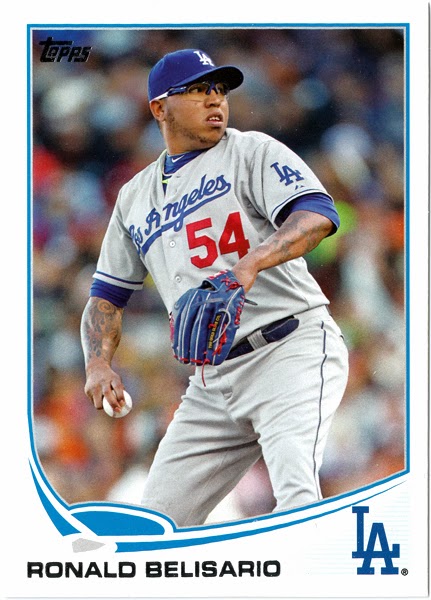 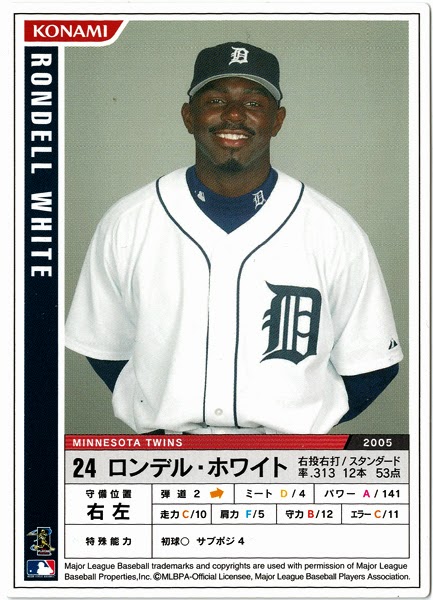 The pleasant surprise of the package was this Rondell White card, though. Not so much for the player, but because it satisfies my sweet tooth for oddball cards, and my fetish for all things Asian. Well, maybe not all things (ever heard of balut?). But certainly baseball cards qualify. These things accompanied a video game at the time, as you can glimpse from the wonderfully "J-Pop America Fun Time Now!" characterization of Mr. White on the back of the card. Needless to say, you can never go wrong sending Japanese cards my way.

However you slice it, Kenny did not get the better end of this deal. I'll be on the lookout for something to tip the scales. But for now, thanks for the super happy fun smile cards, Zippy Zappy!
Posted by petethan at 12:16 PM