I recently joined Club PWE. It's my kind of club. No dress code. No membership dues. No snobby exclusiveness. And being a member has its benefits. A few weeks back (I'm a bit of a slow poke) I received the fruits of membership. It's obvious that Jeff, over at 2x3 Heroes, took the time to peruse my rambling post about my collecting habits, particularly the part about some of the teams that I enjoy seeing in cardboard form.

First up a couple of cards from a team that no longer exists, though the franchise lives on. 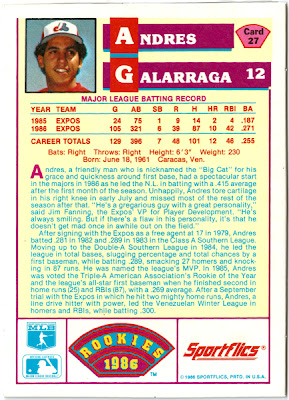 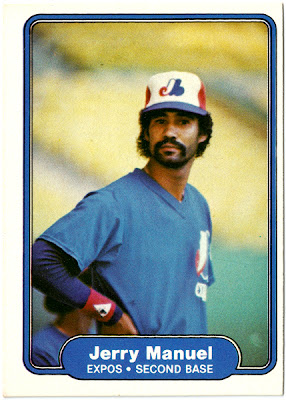 I'll show the back of the Galarraga card, since the cutting edge Sportflics technology apparently trumps that of my scanner. Meanwhile, Le Expo de Montréal numéro deux is Jerry Manuel from his playing days. Though most probably remember him better as the manager of the next team from my list with which Jeff hooked me up. 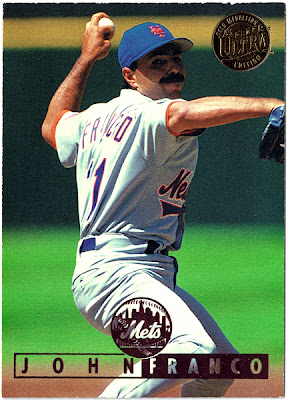 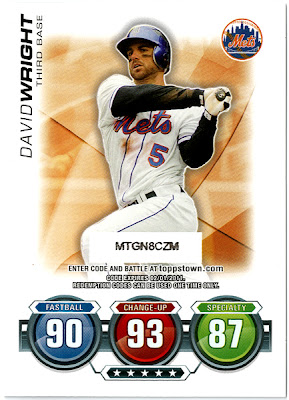 He didn't send just any old Mets, either. We get the last two players to be named the team's captain, including Captain America, himself, David Wright.

But, as a casual glance around these parts makes clear, the Dodgers are my team. And Jeff didn't forget that important fact. 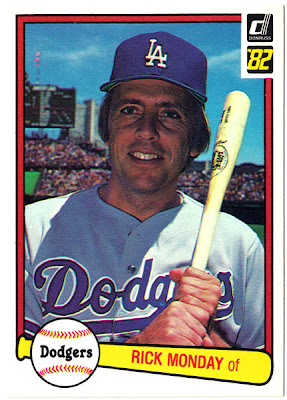 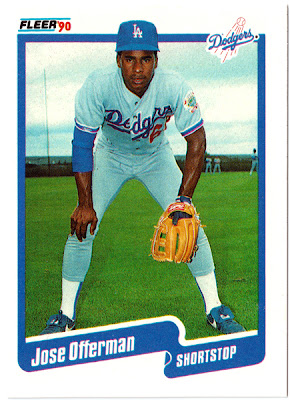 Monday seems to being enjoying his visit to the friendly confines of Wrigley Field, where he played before the Dodgers acquired him for his flag-saving skills. Then there's Jose Offerman, in all of his future stardom glory. Unfortunately, the Dodgers forgot to teach him how to play defense before bringing him to the majors, and for some reason they thought he could play shortstop. That's why I was watching him play his home games in 1994, the summer I lived in Albuquerque. Dude could hit, though.

Thanks, Jeff. Nothing beats random fun in the mail. Be sure to stop by 2x3 Heroes where Jeff, like many of you lucky so-and-soz, is showing off his haul from the National. And while you're there join the club, if you haven't already. Membership has its benefits.
Posted by petethan at 9:04 PM