First up, the new stuff. From one of those three-card '13 Bowman bonus purple packs I got a Jonathan Schoop (pronounced Scope, as I learned during the WBC). A pack of '13 Topps series two netted Big Papi and King Albert, plus an emerald Posey MVP, and a gold Jay Bruce. Okay, not bad.

Now let's hop into the trading card time machine. First stop, last year, and a pack of Topps Pro Debut. This one was actually kinda fun, mostly because of some of the cool names I might never hear from again: Cheslor Cuthbert, Telvin Nash, Dean Green, Justice French, and... 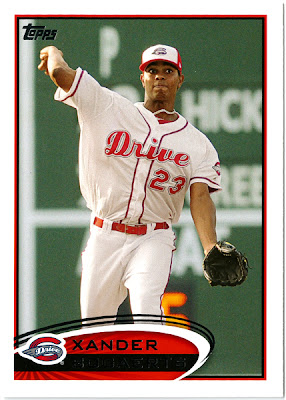 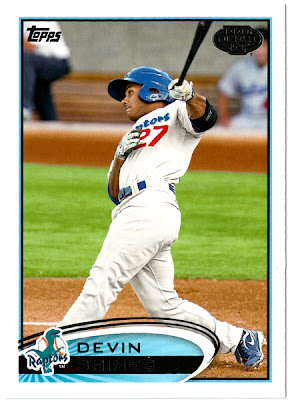 Well, I've heard of Bogaerts. Like a million other kids, he's supposed to be a star someday, right? We'll see. Hadn't heard of Devin yet, though I remember his dad, Razor. He only played in 68 games over four seasons with the Expos in the mid-1980s. But with a name like Razor Shines, you're gonna be remembered. And I really dig Devin's card. Nice action shot, in an unmistakably Dodgers minor league uniform, with a cute little carnivorous dinosaur logo. This one's a keeper, whether he ever shines in the show or not.

Coupla Hall of Famers highlighted a jumbo pack of '92 UD: 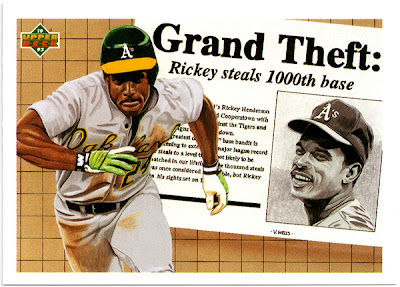 Like many things, these artwork type o' cards have grown on me over time. My eyes glazed over and I rushed to the next "normal" card as a kid. As an adult, different means interesting. And this one's really nicely done. 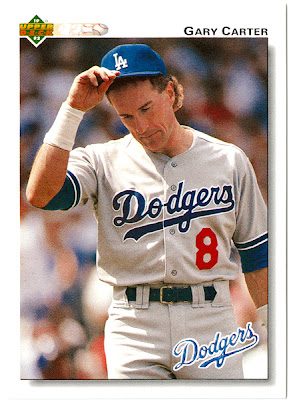 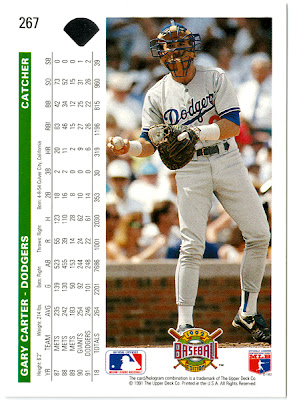 The Gary Carter card makes me sad, though. Of course, it's great to see him in a Dodgers uniform. But he looks so forlorn. And he's relegated to warming up the pitcher on the back of the card. He seems to be looking right at us, saying, "This is what I've been reduced to." Not my favorite Dodgers card. 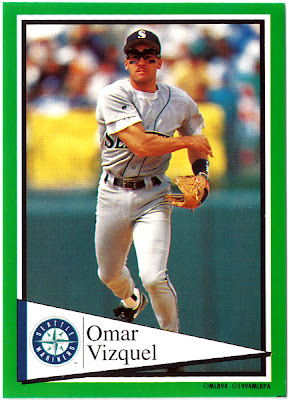 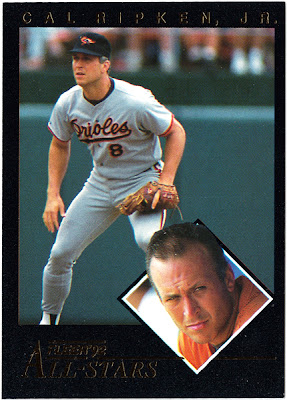 At 35 cents a pack, I figured why not pick up ten packs of these '94 Panini Stickers? Four packs into busting 'em, I have my answer. This Vizquel is the best thing I've seen 24 stickers into the proceedings. It's a nice, uncluttered design. And I like green borders. But the photo choices are boring. They all look the same. The Ripken was the first insert I've come across while busting packs from my box of '92 Fleer. Kind of a weird-looking card, with Cal shoved to left to accommodate his balding hatless head. Nice hit, though.

Wrapping things up, here's the best of the repack fare from this Card Night: 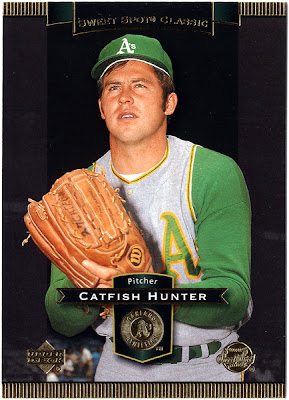 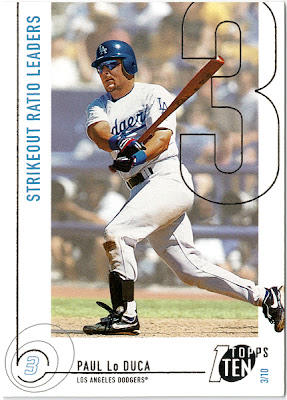 Knew I was landing the Catfish 'cuz it was visible in the pack. I'm a sucker for those tank-top and sleeves jerseys, whatever they're called. The Lo Duca was a nice hit, from a Topps set that I'd not seen before. Kind of an odd concept, featuring players who finished in the top ten in various statistical categories. Particularly weird that they're making such a big deal of his third place finish in strikeout-to-walks ratio. You don't often see things shouting out "I'm Number #3!"
Posted by petethan at 3:54 PM