I generally get home from work sometime between 8:00 and 8:30 pm, after going to say goodnight to my Grandma in her care home. That's kinda late for a baseball fan, especially when my team is on the road and playing on the East coast.

But, thanks to modern technology, that's not a problem. I subscribe to MLB Extra Innings, so I get Dodger games even though I'm living in Southern Oregon now. And I have a DVR, so it doesn't matter when the game starts. I just record it, and it's good to go whenever I'm ready each night.

Take last night, for example. And quite the example it is, since my Dodgers were facing off against their American League rivals, and my wife's team, the Yankees. So it was a Civil War night at our place. On top of that, it was a matchup between my two favorite active pitchers, Clayton Kershaw vs. Hiroki Kuroda. Pretty much the regular-season game of the year in my world. And, thanks to modern technology, I was in business...

Except that I wasn't. 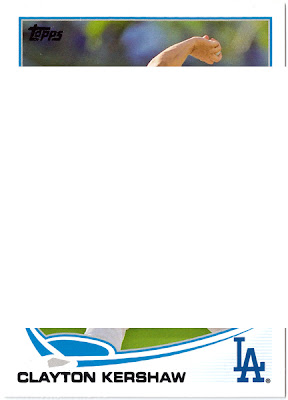 I got home a little early. I was excited about the game. But I wanted to get my post up at Top of the Topps first. So I was sitting at my computer at about 8:45, putting the finishing touches on the post, when I gazed longingly at my DVR, expecting to see the reassuring little red light that says "your game is recording right now, and will be ready for your viewing pleasure at your leisure."

Except that I didn't. 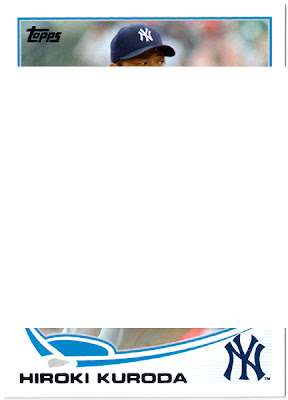 No red light. Panic. Curses. A frenzied scroll through the guide to find the game and get that recording light going. A remote thrown across the room in anger and frustration.

There had been no black out, either of electricity or of MLB's often fickle permission to view the game. It was in Los Angeles, so there's no way it had been rained out. WTF!?

So it turned out I missed the first four innings of Kuroda vs. Kershaw. I'd started recording during the commercials preceding the fifth inning. The score was what it was supposed to be: 0-0. A lot of people would say that meant I missed nothing. Those people would be wrong. Not only had I missed four brilliant innings by each of my favorite pitchers, I had missed four innings of Vin Scully calling a Dodgers-Yankees game. Not that any comfimation was needed to make me understand what I'd missed, but the final five innings of Vin's call was a painful reminder.

Here's Vin, at the beginning of the seventh inning: "Well maybe it's not a playoff game, and maybe it's not a World Series. But Hiroki Kuroda and Clayton Kershaw are doing their best to make you make you feel like it is."

Wish things had a happier ending. Considering that Mattingly didn't hit for Kershaw in the eighth, instead sending him up to lay down a perfect sacrifice bunt (Vin: "Like a poached egg landing on toast."), and considering that he'd only made 97 pitches and was dominating, I don't see why Ronald Belesario was in that game to face Jeter to start the ninth. Plus we got another Little League Puig moment to cap things off.

A look at the standings is enough to soothe the nerves a bit. But I'll never get those four innings back.