I know I haven't been posting quite as often, but that's because I've discovered something wonderful. It's called baseball. Apparently it's a game played by these dudes in the little pictures I've been blathering about all of this time. And I'm told that it can be a particularly exciting spectator sport around this time of the year. Indeed, if the Reds-Pirates series last weekend is any indication, that rumor appears to be justified.

But, fear not, I haven't stopped Playing With My Cards. I'm still, veeeeerrrrry slowwwwwwly, sorting said cards into alphabetical order. I'm working with the "H" people right now, those being the first crowd to get sorted since the birth of my four baby mini-collections. Still busting cards on Card Night weekends, too. So the collections are growing.

A parent isn't supposed to have a favorite among children. And I don't. But when it comes to mini-collections, I clearly lavish the majority of my attention on a favorite: Getting a Grip. And I've added some sweet cardboard to that group in recent days. 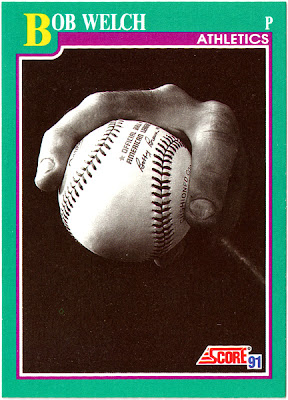 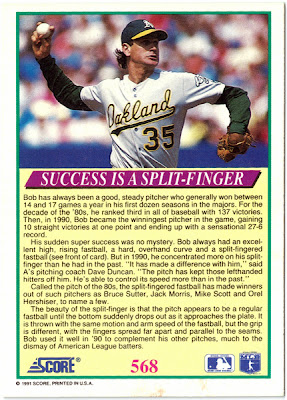 A repack delivered a welcome reminder of the existence of this awesome card from '91 Score. It's one of those rare cards that is about a grip, giving it exalted status among its brethren. The Dodgers connection only adds to its sweetness. 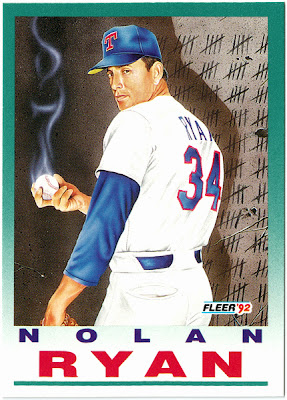 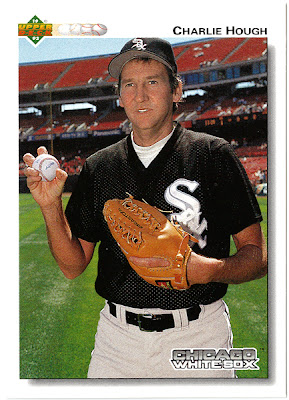 Here are a couple of grips responsible for two very different outcomes. Ryan has fast become the poster child for interesting grip cards, this being the second to reach the collection in cartoon form. Then we go from the missile to the butterfly. Always welcome here is Rough Tough Charlie Hough and his dancing knuckler. 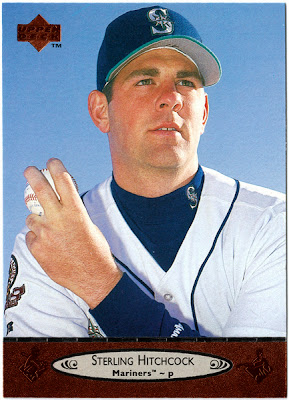 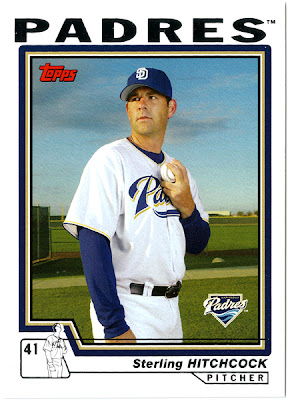 Here a couple of grip cards serve as bookends to the career of Sterling Hitchcock, a winning pitcher until he went 0-3 to end his career in '04 and finish two games under .500. 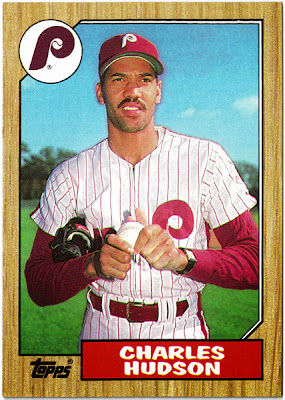 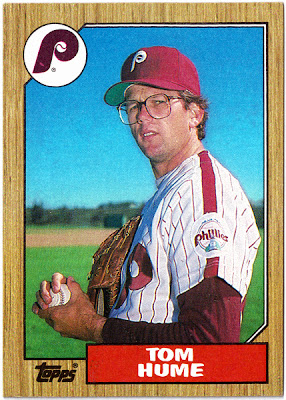 The photographer Topps sent into Phillies camp to get shots for the '87 set certainly knew what I would like, giving me two of the less-common "Rubbing Up the Ball" variations for this collection. 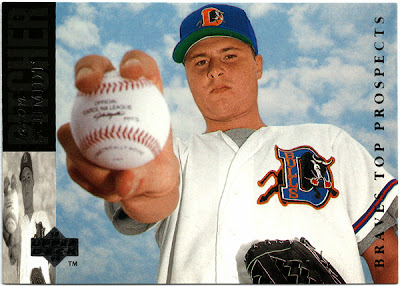 This card serves to mitigate two very serious flaws attached to Jason Schmidt's career: that he pitched well for the Giants, and that he pitched poorly (and rarely) for the Dodgers. Tough to beat this card, though. 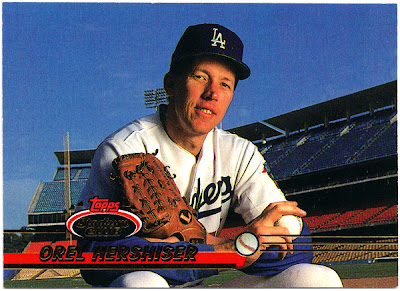 Fortunately, we have the Bulldog to show the way. That's the grip of a confident veteran, just chillin' and waiting for another team to come into his house for a bit of humiliation.

I haven't been neglecting the other collections. It's just that I love Getting a Grip. I haven't been able to add anything to "42" since the collection page went up. But Turtlenecks and Doughnuts have been trickling in at a steady pace. 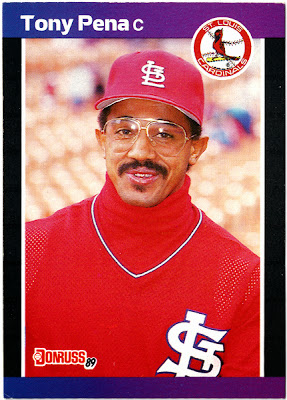 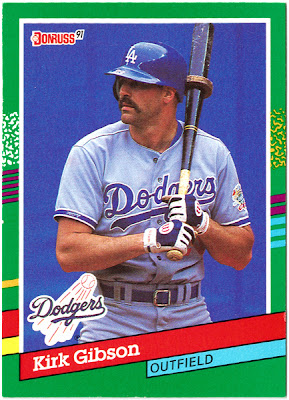 Nothing quite robs a big-league player of his dignity like Donruss cards of this era. But they kinda work for the goofy mini-collections. If you've got a hankerin', check them out in their full glory via the Mini-Collections links on the sidebar.

In the meantime, if you find yourself near a television (or better yet, a big-league ballpark) check out this baseball thing. It's actually pretty nifty.
Posted by petethan at 6:54 PM

Email ThisBlogThis!Share to TwitterShare to FacebookShare to Pinterest
Labels: Doughnuts, Getting a Grip, Mini-Collecting, Turtlenecks