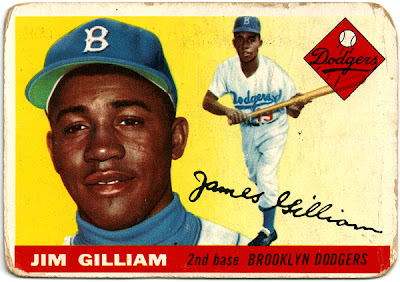 Let me start by saying that I don't want every card in which a player is wearing a turtleneck. Wait, let me rephrase that. I do want every card. Period. But I won't consider every card of a player wearing a long-necked undergarment to be worthy of a place in this mini-collection. There are a lot of cards of players wearing something that looks like a turtleneck. Most of these are subtle. This collection ain't about subtle. If you find yourself asking the question, "Is that really a turtleneck," then the chances are good that it's not a card for The Turtleneck Collection. This one is not about quantity, it's about quality.

Granted, the distinctions will be arbitrary, entirely in the eye of the collector (me). But if we take a look at what's made the cut so far, some semblance of a general criteria might become more clear. To do this, we need just look to the sidebar for the brand-spankin'-new Mini-Collections links (or you can cheat and simply click here).

Okay, you back yet? Pretty obvious turtleneck action, right? Although I'd say the Griffey is borderline. Lots of players were wearing that type of long-necked undershirt around that time. But, particularly with that close-up shot, and with the shadows falling in such a way as to emphasize the extra fabric in the neck region, it makes the cut. (Plus, superstar status has its privileges.)

Let's see a few examples of cards that don't make the cut. These cards made me take a closer look. The players are wearing undershirts with higher-than-usual necklines. They might technically be turtlenecks. But, ultimately, I found myself deliberating enough to raise doubt, so they don't go in the collection.


They both may be wearing turtlenecks, but they just don't stand out enough for me. Patterson is just too far away for the long neck to really make an impression. For an action shot to make the cut, it's got to be spectacular. Allen doesn't have much of a neck to cover, and yet there's plenty of exposed neck-flesh there, so it's just not good enough. (Now, if this were a glasses collection...)


This is friggin' awesome, right? It's a lot of bonus fabric in the neck region. But it's not a turtleneck, so it ain't in this collection. I know that's obvious. I just wanted to show the card. It might be the best card in this horrendous set. I would love to own one of those jackets, myself!

Here are some things that can help to increase a card's chances of making the collection: exceptional height and/or bulkiness, a neck that's so long that the fabric has to be folded down upon itself, an area so large that a logo or team name can be prominently displayed on it... basically everything that Joe Carter's fabulous Toronto winter gear has going for it. That's why he's the collection's honorary host.

Here are a few more cards (which you just saw if you looked at the collection page) that are among those that have made the cut. 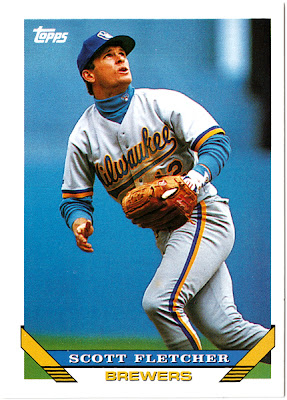 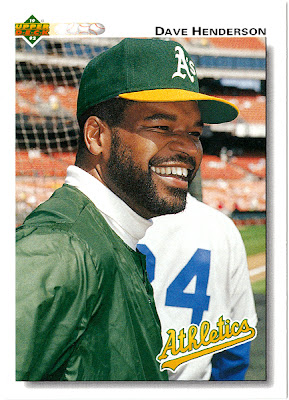 Fletcher's turtleneck is wrinkly, folded over, and has a logo on it. He's looking up to the sky, affording us a great view of the collectible garment. A pretty obvious call. Henderson's is borderline. But it has just enough bulk, and the advantage of contrasting color, to push it into the winner's circle. Ultimately, this is something upon which no two people will always agree. But it's my collection, so that's not really a problem. I know it's Random, but that's really what it's all about, so just go with it.

Before closing this out, I have to mention that the Junior Gilliam card that opened the post is yet another card from my Cousin Craig's childhood collection. That makes three awesome vintage cards for three different mini-collections, including '54 Topps Hoyt Wilhelm for Getting a Grip and, of course, the '54 Topps Jackie Robinson that leads off the 42 Collection. You'd think that he gave me hundreds of cards, but only a handful survived... you guessed it, his mother throwing them out. That whole 2010 Topps theme would have definitely struck a chord with him. You've already seen most of Craig's Gifts, with a few exceptional exceptions to come. Thanks again to Craig for his generosity, and to his mom (my Aunt Jackie) for sparing a few gems.
Posted by petethan at 2:05 PM