Getting a Grip: A Mini-Collection Guide

Okay, the four mini-collections have been revealed. Before this thing gets out of hand let's take a closer look at the particulars of each collection. I'm going to start with Getting a Grip because it's the biggest, most complicated, and my favorite of the four. 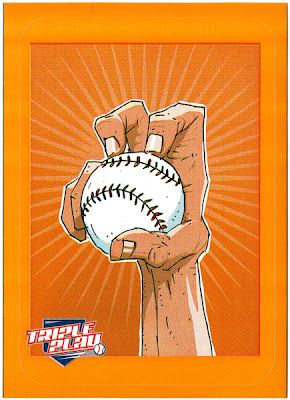 Reducing it to its simplest description, this is a collection of cards about gripping the ball or featuring pitchers showing their grip on the ball. I emphasize "showing" because that's the key. Appropriately, I'm going to show you some examples of cards that go into this collection. 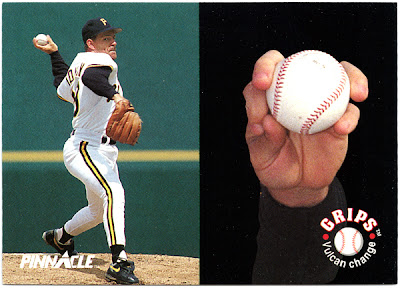 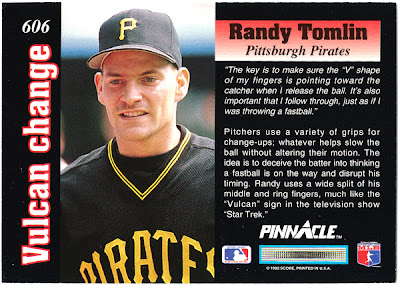 The Panini sticker above and this entire Pinnacle subset are the most obvious and fundamental type of card for this collection: cards about grips. 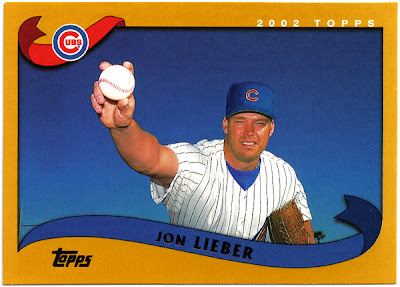 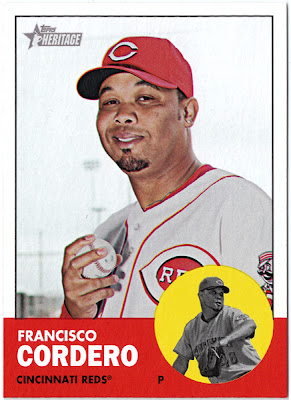 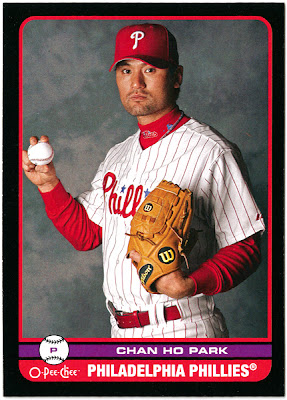 These are the archetypal Getting a Grip card. The grip is the focal point of a posed shot. It was a very popular pose for pitchers in the 1950s, and it's a staple of modern Allen & Ginter sets. The pitcher may be holding the ball out in front of him, beside him, behind his head... anywhere, as long as he's posing and purposefully showing his grip on the ball. 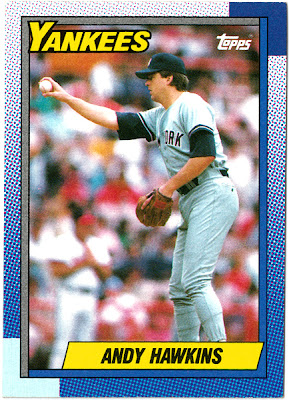 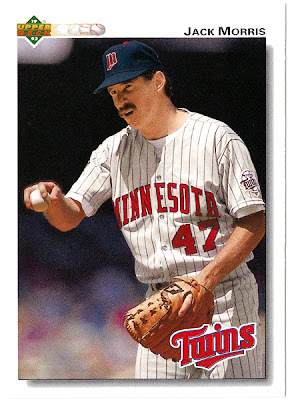 Unless the pitcher is taunting a batter by showing him what's coming, action shots aren't going to show up in this collection because pitchers don't show their grips during game action. However, they do sometimes show their catchers what type of pitch they're throwing while warming up, giving us a pseudo-action card type that does make it into Getting a Grip. It doesn't matter if the grip is being shown directly to the camera, as long as it's being shown.

Now let's take a look at a few cards that do not go in this collection:


This gives me a chance to show two more great samples from Nick's recent trade package. As fabulous as they are, and as much I love having them, they don't belong in the Getting a Grip collection. K-Rod is posing, and you can see his grip on the ball, but he's not showing the grip. That's why Juan Cruz here, as with any action shot of a pitcher in his delivery, also does not qualify for this mini-collection, despite the fabulous view of his (palmball?) grip.

Finally, there are two specific types of cards that are about getting a grip, and therefore make this collection. There are two (legal) things that pitchers do to help get a grip. 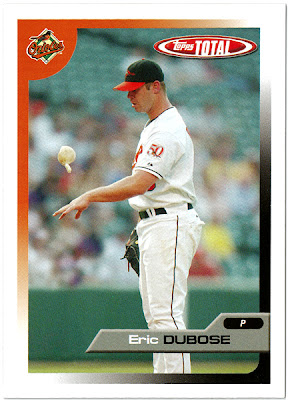 They use a rosin bag. So that's part of Getting a Grip. 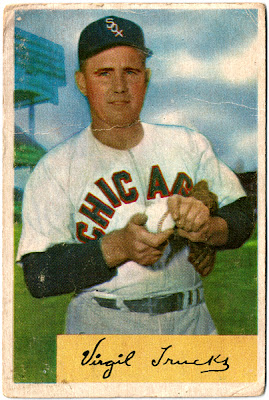 The other thing they do is rub up the baseball. So that's also part of Getting a Grip. Incidentally, Virgil Trucks is another of Craig's Gifts, the surviving portion of my cousin Craig's childhood collection that he gave to me back in the 1980s. Thanks again, Craig!

So that's Getting a Grip. Hopefully this was more informative than confusing. Considering that it was written by me, that's probably wishful thinking, but one can hope. I'll give it one more brief try:

Getting a Grip Includes:

I guess I could have just put it that way in the first place. But this blog just wouldn't be the same if I didn't ramble semi-coherently for much longer than necessary, would it?
Posted by petethan at 9:44 PM

Email ThisBlogThis!Share to TwitterShare to FacebookShare to Pinterest
Labels: Craig's Gifts, Getting a Grip, Mini-Collecting