Nacho Blog, But a Grande Contest

No, I haven't retired. I haven't surrendered. I'll be back at this, in earnest, shortly. It's just that I have a microscopic attention span. And with my team engaged in nail-biting post-season drama, I simply can't concentrate on anything else.

But I do plan on returning to this blog thing with a vengeance when the gaping hole left in life by the end of the baseball season opens its dark and dreary maw. And when that time comes, I will have nachos with which to feed the void. Not nachos pequeño, either. No. Nachos Grande!

That's because, to jump start my post-post-season posts, I will be joining in the fun of the 2013 Blogger Bracket Challenge, presented by Chris at Nachos Grande. The goal of the contest is to write interesting posts, which means I'm gonna have to step up my game, big-time. Expect some spicy jalapeños, and lots of extra cheese! 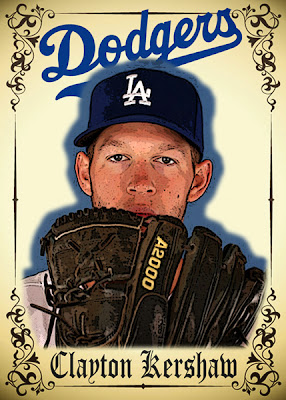 In the meantime, I live or die with Kershaw tonight. My life couldn't be in better hands. But I'll have the defibrillator handy on Saturday for game seven against Wainwright in St. Louis...
Posted by petethan at 12:36 PM