Let's play. Today is going to be Opposite Day here at Playing With My Cards. Remember Opposite Day? I have so many blog readers! I'm a millionaire who already has all of the baseball cards I could ever want. Please don't send me my first Vin Scully card. I would hate that!

You get the point. Of course, if I could simply declare a real Opposite Day, that would have happened sometime last Friday evening at about the time it became apparent that Clayton Kershaw had run out of gas so close to the finish line.

So what's Opposite Day gonna mean here on this blog? It means that instead of showing the front of the cards in this "pack" of the Night Owl's childhood stash, I'm gonna feature the backs this time. It's going to be really exciting! (I'll let you determine whether or not that assertion comes filtered through the Opposite Day translation device.) 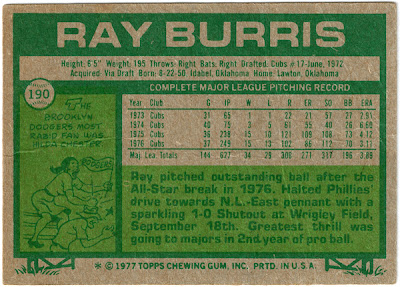 Turns out that we're gonna start with three Cubs hiding their faces, which is quite appropriate circa the late '70s. I remember Ray Burris better as the Expo whose two brilliant starts against the Dodgers in the 1981 NLCS went for naught, thanks to Blue Monday. Remember when the Dodgers would occasionally win a League Championship Series? Those were the days. And speaking of looking back, legendary Ebbett's Field character Hilda Chester gets some love in this cartoon. Based on some of the anecdotes I've read about her, "rabid" is not an inappropriate word choice. 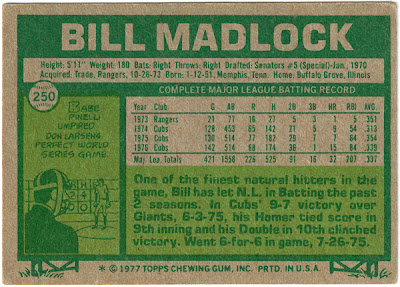 The back of the Mad Dog's card has a cartoon that hearkens back to an age when fans were interested in the umpires, even when they didn't miss a critical call. Which brings up the point that I think I'm going to hate the expanded replay system that we're going to be subjected to next season. Baseball is just not about precision in the same way that, say, tennis is. I'm glad they're not moving to use technology to call balls and strikes. I wish they would apply their reasoning for avoiding this, possibly the easiest of calls to automate, to the rest of the game that they're going to try to "get right." I am not looking forward to managers using replay as a way to delay the game, either to get relievers warm or to cool down or piss off an opposing pitcher. We got a preview with John Farrell trying to get Max Scherzer's goat on the obviously foul drive by Pedroia at Fenway. Get ready for the excitement of sitting around waiting for the obvious to be confirmed on a regular basis. 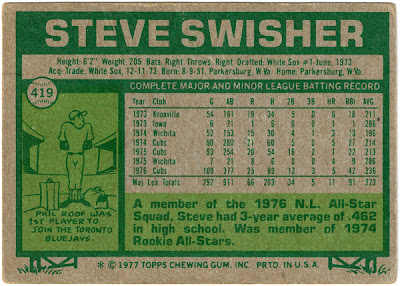 Nick's dad was coming off of his lone All-Star Game appearance. Naturally, being a Cub, he didn't sniff the post season. Nick has had his opportunities, but his post-season numbers stink. Part of me was hoping that the Indians would advance in the playoffs so Terry Francona could face off against his former club. It's good for me to talk about the playoffs. It can be dangerous to bottle up so much angst. Better to let it out. I wonder if Phil Roof was traumatized by the experience of being on a team with no teammates. If so, he should talk it out. Blogs are great for that sort of thing... 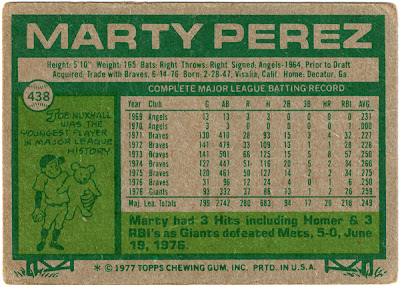 See? Here's Marty Perez, instructing me to look to my childhood for clues about how to deal with the Dodgers' loss. No, I don't need a teddy bear to make me feel better. But the cartoon reminds me of my Grandfather, who was always a big fan of the story of Joe Nuxhall, the kid who was too young to fight in the war, but not too young to get a crack at wartime baseball. My Grandfather was an Angels fan. He passed away shortly after the 2000 World Series. His Angels, for whom he had been rooting since their arrival on the big-league scene in 1961, didn't reach their first Fall Classic until their 2002 Championship. My Dodgers won the World Series in my first full year as a fan, in 1981 when I was eleven years old. I can handle losing game six this year, even without a teddy bear! 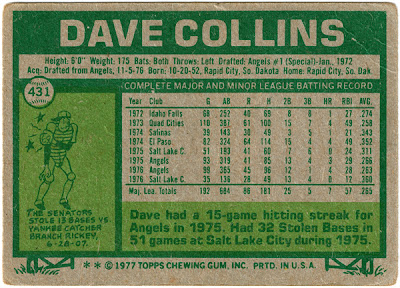 I find myself looking for ways to justify not letting the Dodgers' failed World Series bid get to me. Talking with my friend and Giants fan (jumbo shrimp, anyone?) Raymond, I found myself spouting some mumbo jumbo about wanting the next championship to come from a more home-grown team. The '81 champs were essentially the veteran products of the early '70s Dodger farm system, with new true blue kids like Fernando and Scioscia added to the mix. The '88 champs were underdogs lead by their own Bulldog. I've grown to like Greinke, A-Gon, Crawford and even Hanley. But I'd rather see our farm system (the invention of a certain sore-armed cartoon catcher, for those of you looking for the baseball card tie-in) produce the pieces to complement Kershaw and Kemp when they get their rings. That's why I don't care that they didn't win it all this year, for the first time in a quarter of a century. (No, I'm not buying it, either.) 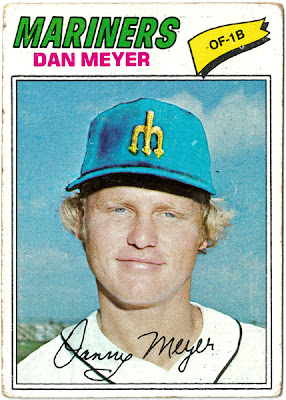 We usually end these Night Owl posts with a cartoon. But since this is Opposite Day, and we've already been showing the backs, we'll end this one by showing the front of the last card. Appropriate, since the new-franchise airbrush job makes Dan Meyer look like a real-life cartoon. It also cheers me up a little to look at a Mariners card. They've been around since the Night Owlet pulled this thing out of a fresh pack, but have still never been to the World Series. My Mariners fan friend, Michael, went into the hospital today and might require colon surgery. There are worse things than your team falling a couple of wins short of a World Series appearance.

I think you know the point at which I remembered that it was Opposite Day here on this blog.

May the Dodgers sink into a spending-induced malaise that sees them go another 25 years without a championship. May Yasiel Puig eschew the learning process in favor of relying on his innate baseball instincts. May Clayton Kershaw never recover from his game six performance. May Ned Colletti think it's a great idea to trade blue chip prospects for Brandon Phillips and pick up his salary to improve the team's on-base percentage and clubhouse chemistry. And may Vin Scully change his mind and call it a career.

Happy Opposite Day!
Posted by petethan at 5:23 PM