Well, it's not that bad. But almost. This latest dry spell in blogging comes courtesy of the ongoing, never-ending, multi-decade sorting project. So I'm still Playing With My Cards. I just don't have the kind of attention span that makes multitasking a possibility.

I am happy to say, however, that the sorting project has reached the letter L (sorting by player's last names). That means that I've arrived in the "sweet spot," between the places where I stalled in my last two attempts at sorting over the course of the past two decades, once from the beginning of the alphabet, and once working my way backward from Z. That means that I'm looking at cards that I haven't seen since I was a teenager. Believe me, that was a long time ago. I'm really looking forward to getting this job done because it will allow me to make trades far more easily, knowing what I need, what I have, and where to find it. (I'm a dreamer.)

I'm not gonna abandon things here, though. I may be flaky, but you're stuck with me (if I'm on your blogroll, that is). Since I've been blogging so little lately, I'm gonna give you a comeback rally post, with a little bit of everything from my stable of recurring features. Let's play...


About the only thing I managed to blog about in November was the great cards I received in a couple of trades with Michael from Nomo's Sushi Platter and Marcus of All the Way to the Backstop. I spent most of the rest of the month digging through my half-sorted collection to find cards to send in return. November also saw the arrival of my second package as a member of Club PWE from 2x3 Heroes... 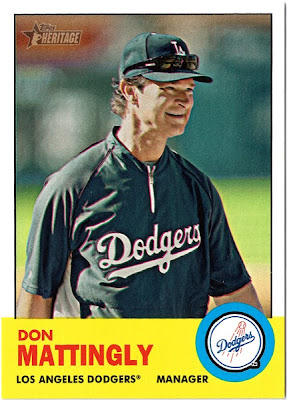 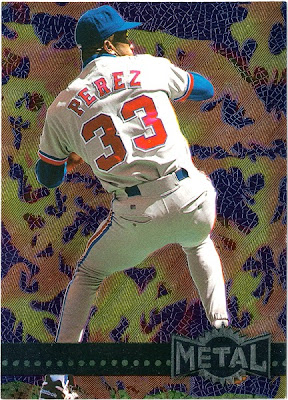 As Jeff has noted, there are more Dodger fans in the blog world than there are cockroaches on this planet, so he makes good use of my "secondary" teams. He did manage to hit me with the Dodgers manager in addition to Eddie Murray with the Mets and some cool Expos cards including a Score Gold Rush Cliff Floyd, and this psychedelic Carlos Perez. Thanks Jeff! Random cards in the mail are always a welcome treat.


These are the virtual Dodgers cards that I (begin to) make every year. I showed the Kershaw card before the final Dodger game of the year, the card about that game in my depression, and the NLDS cards shortly thereafter to accentuate the positive. I also noted how unlikely it was that I would finish the set, and to date that prediction has proven accurate. I'm stalled at 22% completion. 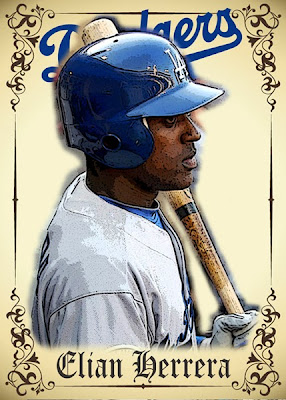 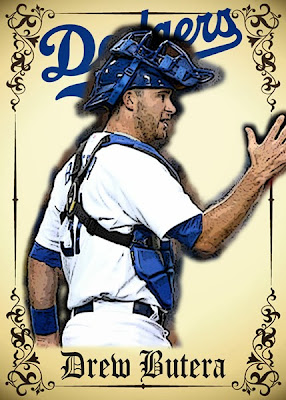 Here we have the two position players who played the least for the Dodgers in 2013 (four games each). This post is the perfect place for them because I don't have to say much about them. First things to come to mind: Butera's father Sal looked better with a mustache than without (drawing on my '80s collecting experience); Herrera is (unfortunately) the only Dodger I have in green parallel form from 2012 Panini Prizm. Moving on...


Still a weekend tradition, adding yet more cards to the unsorted side of the room. 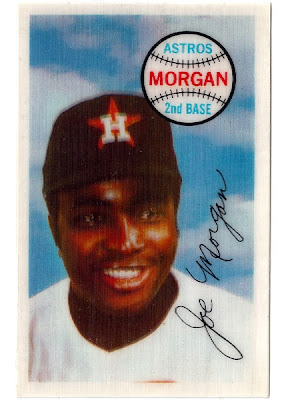 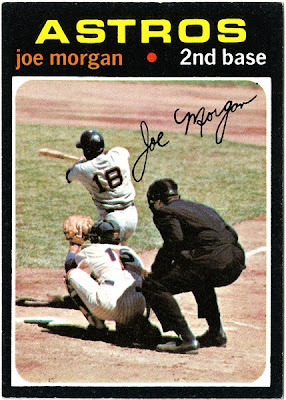 I'm just now wrapping up the assimilation into my collection of the cards that I bought on vacation this summer, when I first started this blog. These Morgans were among my favorite pickups from the card shop I visited. Both truly fabulous in their own way.

Then there's the pack-busting portion of my Card Night tradition. I managed to open a pack of 2009 Upper Deck in which I found four different Manny Ramirez cards... in one pack. That was kinda crazy. I've also managed to get a few nice "hits" lately. 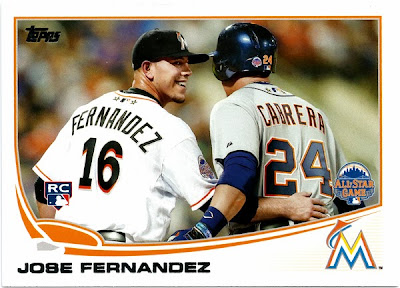 I probably wouldn't have even realized that this was a short print variation of Fernandez unless, in the very same pack of Topps Update, I also got his regular all-star card. But the best pack of cards that I've opened recently was from Panini Cooperstown. Six cards: Tony Perez, Harry Heilman, and... 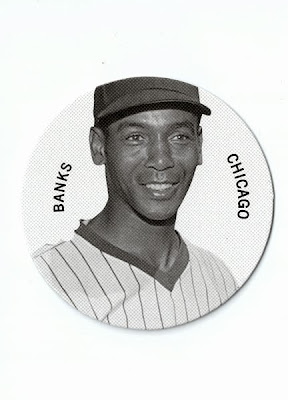 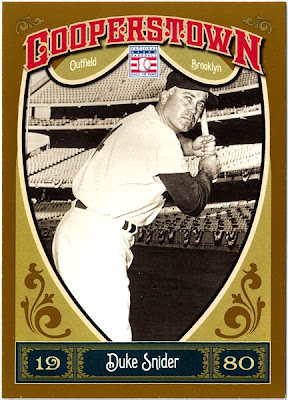 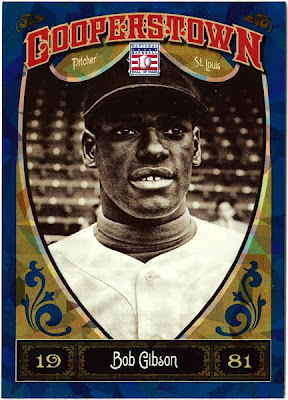 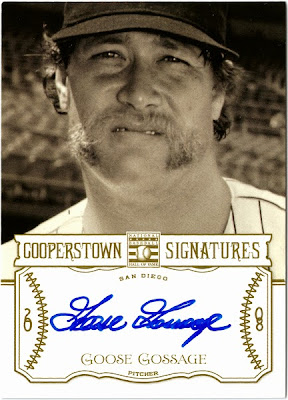 Holy crap. Two hits in one six-card pack. Sweet! Guess that's why they're so friggin' expensive. Definitely worth the money this time, though. (Interesting that they chose to list San Diego as Goose's team, despite the fact that he's better known as a Yankee... and he's wearing a Yankee uniform in the photo. Odd.)


I've been slowly looking through this Bowman set, a recent purchase, on Card Nights... 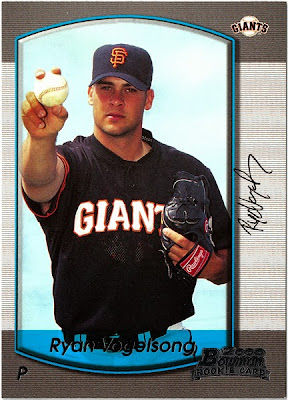 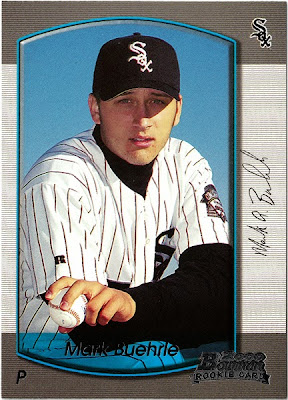 And so far it's been loaded with Getting a Grip cards, including these fine examples. It's kinda cool to have a card of Vogelsong (or Volkswagen, as Jack McKeon calls him) from his first, pre-Japan, stint with the Friggin' Giants. Buehrle is one of those less-than-Hall-of-Fame-worthy aces that I dig so much. It's a shame he ever left Chicago.

PLAYING WITH MY DODGERS


I recently fulfilled a long-held desire by getting my hands on the 2008 Topps Dodgers Premium Team Set. I really wish Topps had kept making these things. If they were to do so for all 30 MLB clubs, that would make for a monster master set worth chasing. I'd dig that more than all of this parallel stuff. Don't get me wrong, I like seeing the same card in 37 different hues, with various degrees of shininess, refraction and sparkles. But I prefer cards of fringe players and coaches. 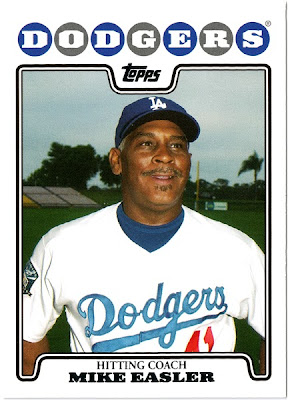 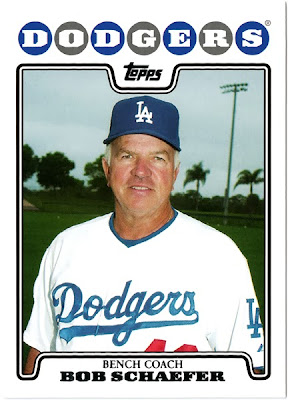 Where else was I going to find cards of Mike Easler and Bob Schaefer as Dodgers coaches for the PWMD set? I don't have much to say about them (which is why they're in this catch-all post). So I'll talk about the set some more. It gets a bit tedious with some overly-obscure season highlights and team leader cards among its 55-card checklist. But they're certainly worth the good stuff, including a Dodger Stadium card, which is always welcome. (No Vin Scully, though...) I've already thrown a couple of cards from the set (Beimel and Kuroda) into the Getting a Grip collection. And there will be more PWMD gems in the future.

Finally, a couple of notes from the blog world. Although it's probably counterproductive to my chances of winning, I feel compelled to point out that Topher from Crackin' Wax (with its sweet new logo) is celebrating his blog's fifth year by giving away lots and lots o' cards. Thanks Topher. Good luck to all of you (and to me, too!).

I also want to remind you all of Chris' great Typhoon Haiyan Relief Super Mixer Baseball Group Break, over at View from the Skybox, which is surprisingly taking a while to fill up. My wife and I joined immediately. It's not only a good cause, but it seems to me to be a pretty sweet break, especially if you're interested in getting your hands on this year's Topps mini cards from your favorite team.