We'll start out with a little tribute to the NL Champion St. Louis Cardinals, as we continue with the post-season healing process. 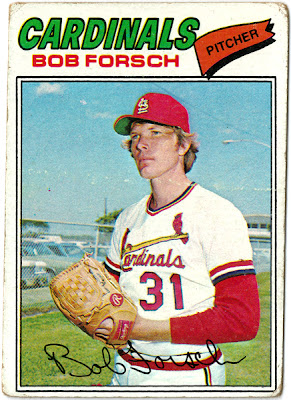 Just chillin' in spring training, feeling the Florida wind blow through his feathered hair and keeping an eye on his pea-soup-colored station wagon out in the parking lot. Good times. 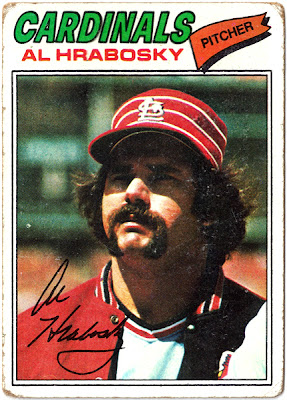 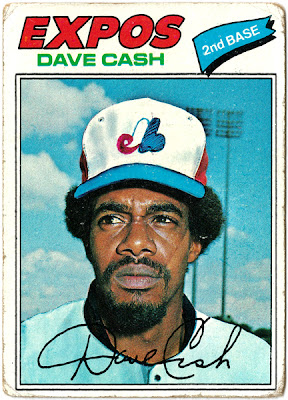 It looks like Dave Cash has a headache. Maybe it's because the sun is in his eyes. Or maybe it's the airbrush paint fumes from when Topps decorated him with a cap made of Play-Doh and some powder blue silk pajamas. Or maybe his afro is wound a bit tight? Actually, I think it's probably thanks to the wiseguy who decided to use his hat to make some Jiffy Pop.


That thing's gonna blow at any moment! 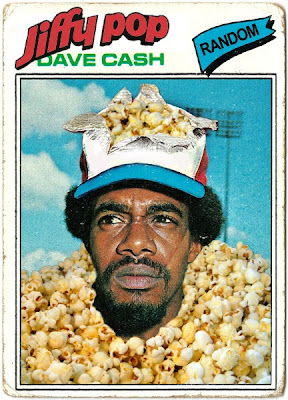 Yup, that was it, all right.

(I learned a little something from the Nachos Grande Blogger Bracket Challenge that I recently competed in. People tend to enjoy pictures more than words. Look out next year! As for 2013, good luck to all of the remaining contestants. And thanks for the fun contest, Chris!)

Speaking of pictures, it's 'toon time. There's a reference to Pete Reiser on the Mad Hungarian's card, which is always welcome. But I've got to go with the back of Jerry White's card for one of my favorite facts (not to mention a Getting a Grip cartoon!): 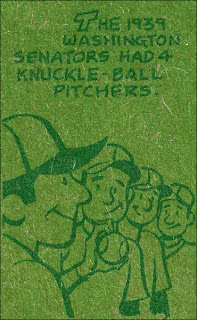 I think they might have gotten the year wrong, though. From what I've been able to determine, it was actually 1944-1945 when Washington boasted four knuckleballers in their rotation: Dutch Leonard, Roger Wolff, Mickey Haefner and Johnny Niggeling. That must have been a team that hitters loved to face in a series...
Posted by petethan at 5:17 PM