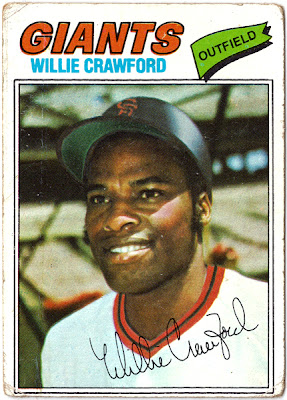 Here we see a Friggin' Giants uniform drawn onto longtime Dodger Willie Crawford. What a sad state of affairs. 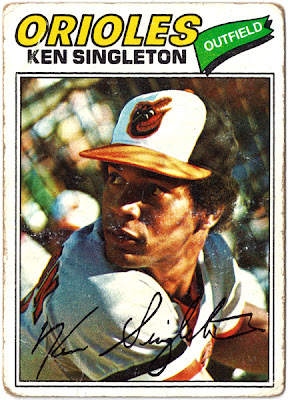 Appreciated in his time, Ken Singleton would be absolutely glorified today by the Sabermetrically inclined. Switch hitter, power, and lots and lots of walks. 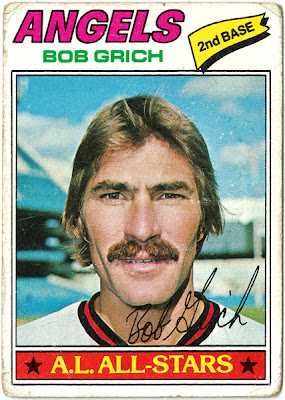 Rather than airbrush a new cap onto Bobby... I'm sorry, Bob Grich, Topps chose to let his Mauer-grade hair do the talking for him.  Did they make the right choice? 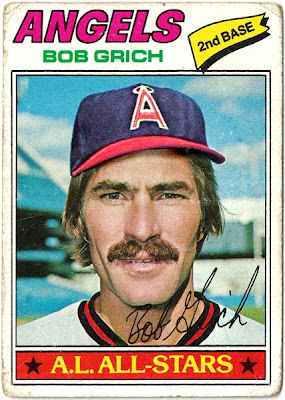 Yup. Don't get me (and Photoshop) started on the mustache... 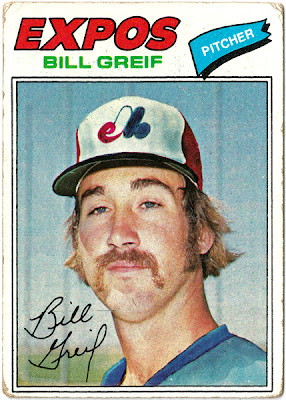 Ah hah! Now I know why Bill Greif looks aggrieved. He went overboard with the eyebrow shaving. Eschewing the fine baseball tradition of sporting a unibrow (see: Wally Moon), Greif went to town with his disposable Bic. Of course, he should have stopped after the first pass. But it was just a little longer on the right... one more pass... longer on the left... one more pass... you get the idea. Maybe he should have just left well enough alone... 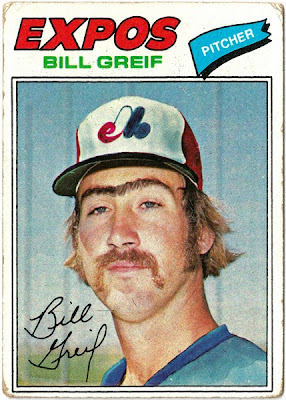 Then again, maybe not. 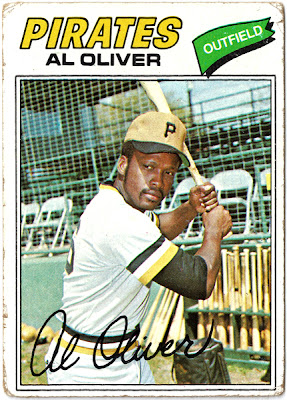 How long did it take for Al Oliver to finally settle on one of those bats in the background...? 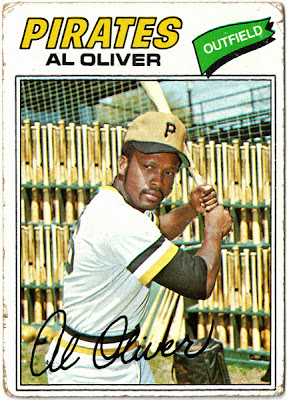 Apparently, sixteen years later, he still hasn't made up his mind. More bats for Al, please! 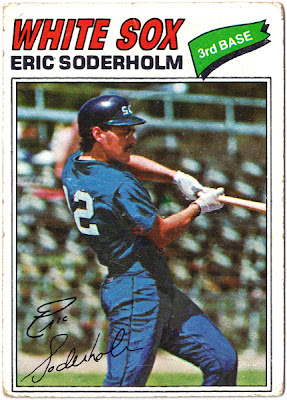 I'm not gonna mess with this one. How can you improve on a dark blue track suit for a baseball uniform? Topps already did the work for me.

Speaking of work, here's the cartoon from the back of Al Oliver's card, featuring one of only ten players to win as many as three MVP Awards. 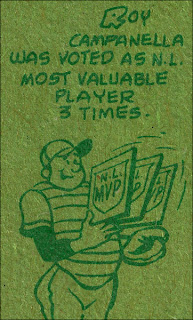