I may not be much of a blogger, but I haven't been slacking as a collector. I made some solid progress on the sorting front before X-Mas (I'm into the prolific Ms now), I've kept feeding the habit, and I've kept on mini-collecting. I scanned a few of the better Getting a Grip cards during sorting to throw into the collection, along with the recent excellent trade package hits from Nick of Dime Boxes and John of Johnny's Trading Spot. The mini-collections pages are up to date now. But I'll share some of the better Grip samples from my sorting progress here. Lots o' cool pictures, and (for me) relatively few words. Let's play... 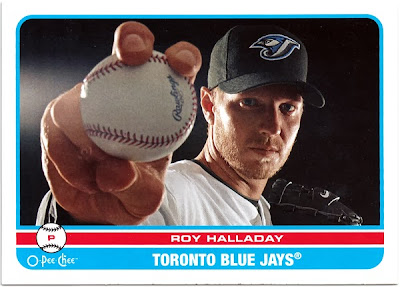 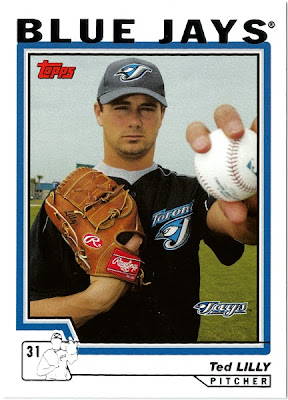 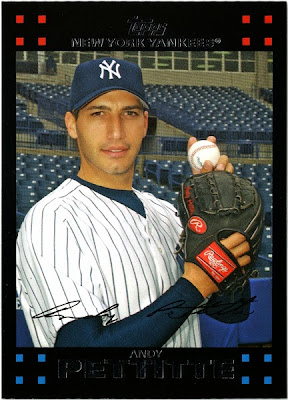 Here we have three great pitchers who are big-league pitchers no more. At least that's what they say. It's the second time that Pettitte's said so. 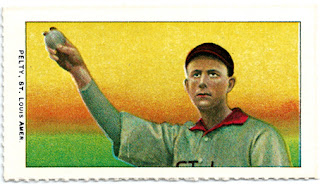 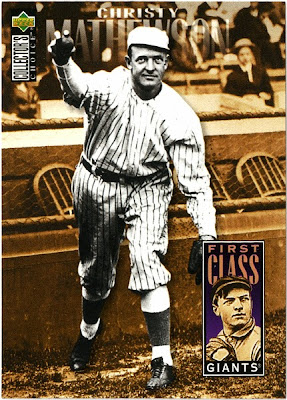 Into the wayback machine we go. We all know about Matty, but how about a little love for "The Yiddish Curver," Barney Pelty? 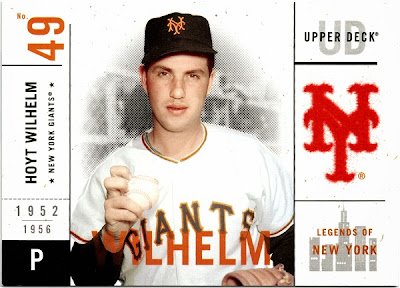 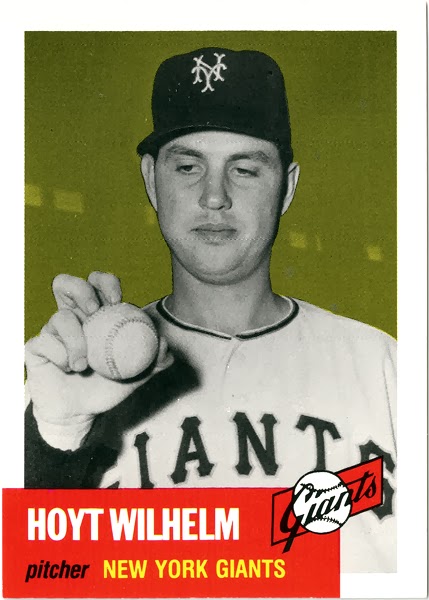 Hoyt Wilhelm and his Hall-of-Fame knuckleball grip is the undisputed king of the collection at this point. I really love those Legends of New York cards. That fuzzy logo is fun to touch. I'd love to grab the set at some point (despite the Giants cards), but I'm sure it's expensive. 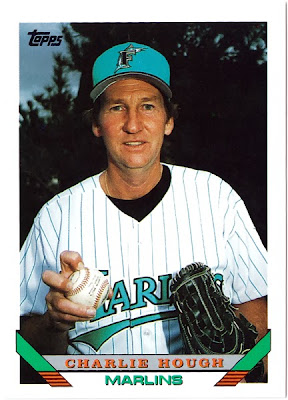 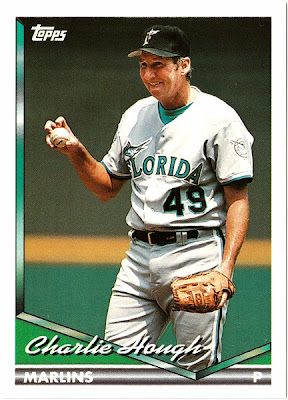 Here's another master of the flutterball, Rough Tough Charlie Hough, like any good knuckler still pitching at a time when he could probably finagle a senior citizens discount on his post-game dinner. 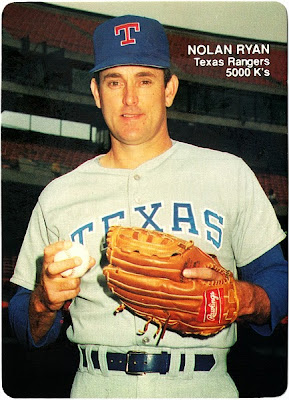 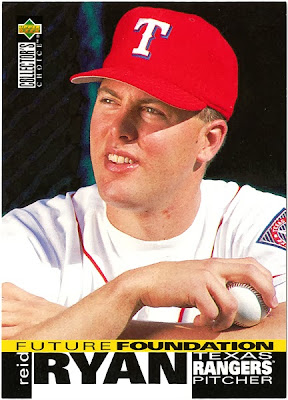 Keeping the Grip in the family. Unfortunately, Reid was no "future foundation." In fact, after going 0-10 with a 9.34 ERA and 2.29 WHIP (ouch!) in A-ball in '95, he would have no future at all as a pitcher. But his future (the present) did find him filling the role of Houston Astros president. 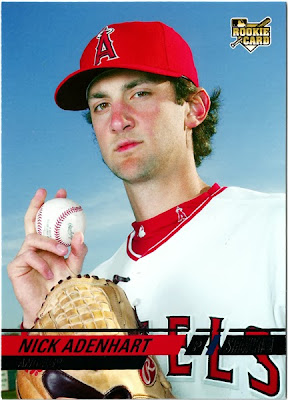 Nick Adenhart, of course, had his future taken away from him by a drunk driver. This is (oddly, and unfortunately) my only card of his, so far. But it's a beaut. 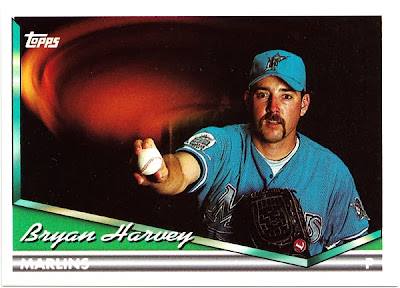 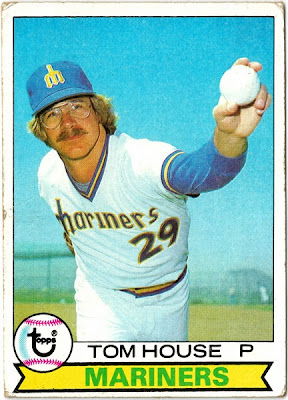 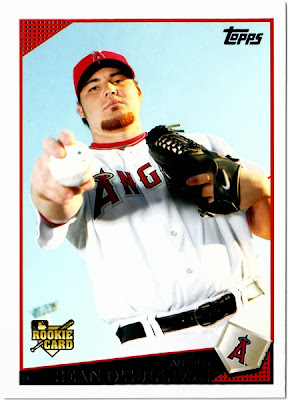 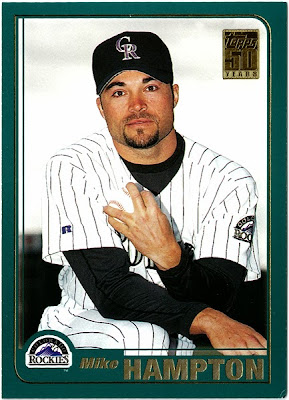 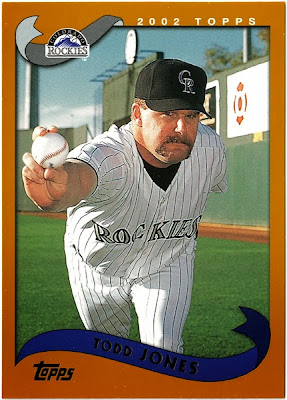 And there's just a mess of great Topps Grips over the past several years. Did Hampton really throw a pitch with that grip? That's Randy Tomlin's "Vulcan change" grip, isn't it? 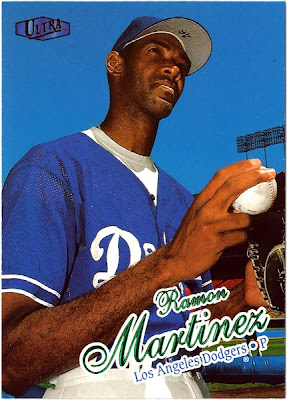 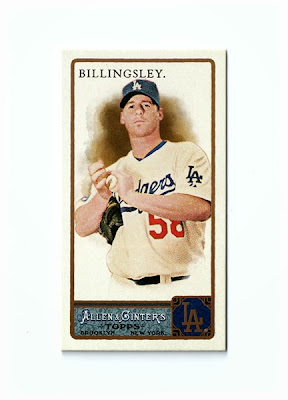 Of course, we've gotta get some Dodgers in here. Ramon Martinez offers us a different angle for a grip card, while Chad Billingsley obliges by rubbing up the baseball. 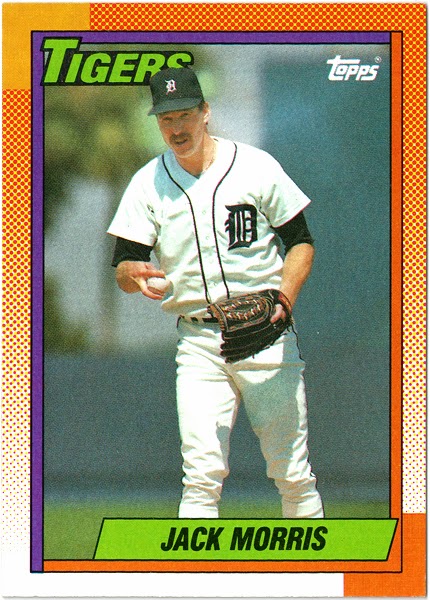 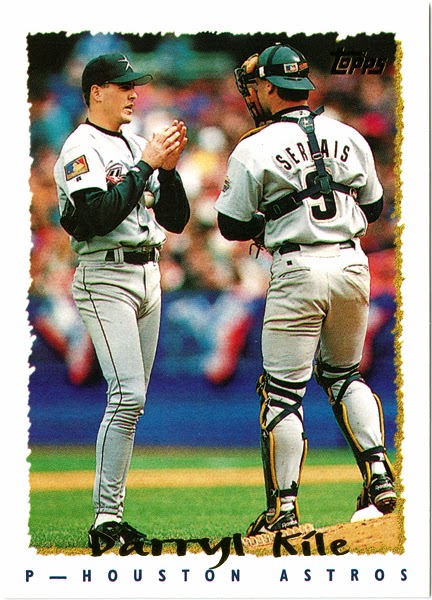 Speaking of Grips variations, here's non-Hall-of-Famer Jack Morris with a warm-up Grip, and another ill-fated hurler, Darryl Kile, Rubbing one up. 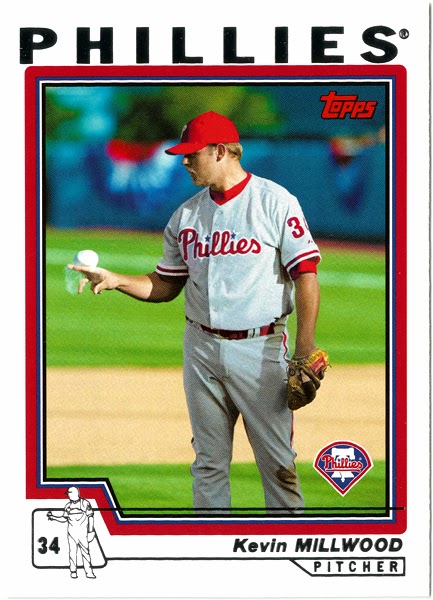 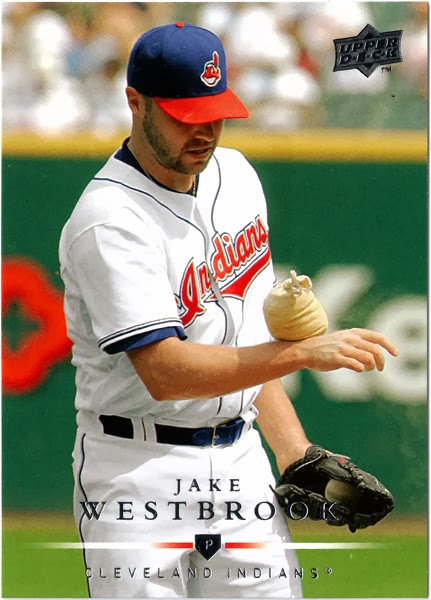 A couple of rosin bags make an appearance with Millwood and Westbrook (sounds like a country music duo...). This doubles the rosin bags in the collection. They're proving more elusive than I'd expected. 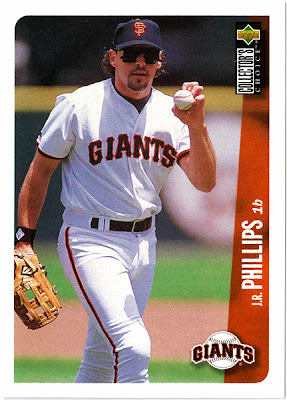 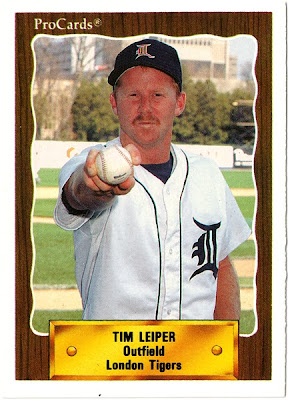 I've actually added a couple of new categories to Getting a Grip. This collection did not previously allow for non-pitchers to gain entry. But if you're going to pose with such an obvious pitcher's grip, there's just no keeping you out. 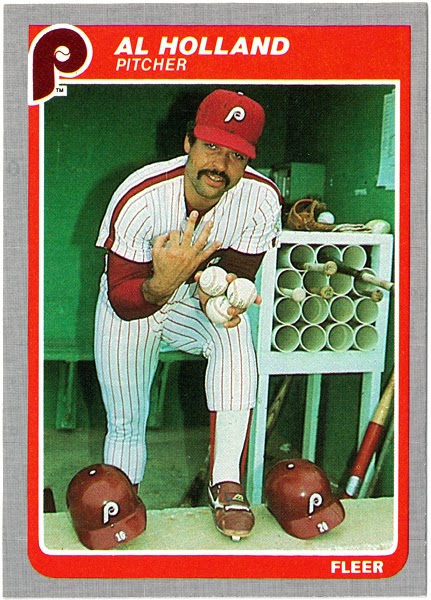 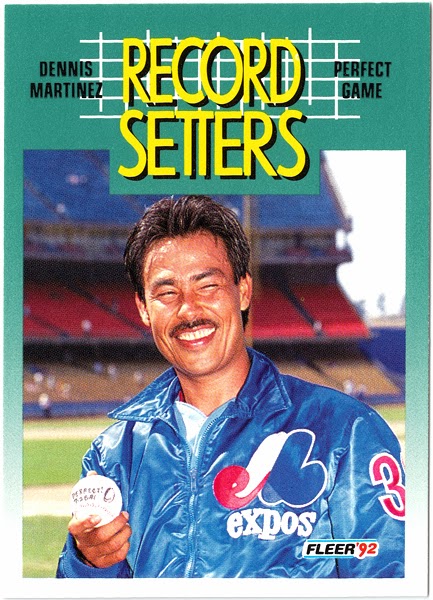 Finally, we have a couple of great examples of what I'm calling Achievement Grips, pitchers proudly showing their balls (that could probably be worded better...) in recognition of some noteworthy performance.

There's new stuff in all four of the mini-collections, so check 'em out. Thanks for playing.
Posted by petethan at 10:22 PM

Email ThisBlogThis!Share to TwitterShare to FacebookShare to Pinterest
Labels: Getting a Grip, Mini-Collecting