After six Dime Box Card Show posts, as well as three PWMD inductions that came from this show, it's time for one final curtain call for Nick's picks. 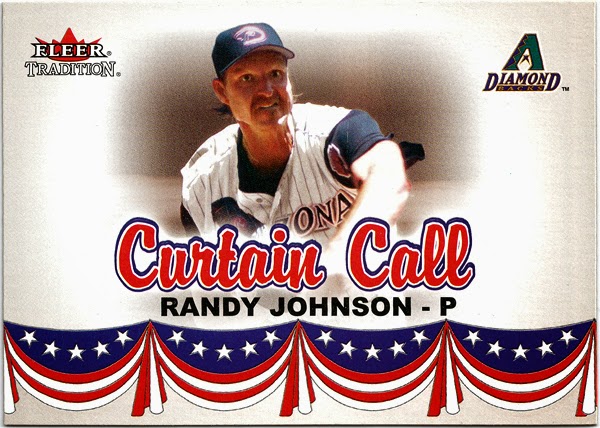 The greatest (only?) drawback of not being able to attend a card show in person is that I'm not the one picking the cards for myself. But that also happens to be one of the greatest benefits of this proxy shopper arrangement. Sure, I enjoy buying cards that I know I need and want. But I always have more fun opening packs, and especially repacks, because of the Random factor. I love to be surprised. And Nick fed that compulsion for me with his selections about as well as it could possibly have been done. 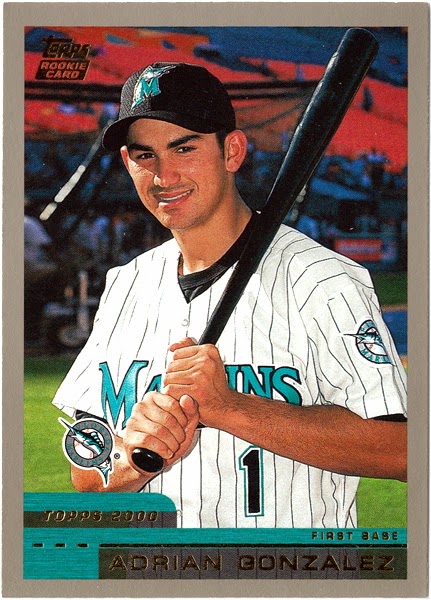 Sure, there were a few cards that I already had, which I wouldn't have picked up if I'd been shopping for myself. But at the other end of the spectrum, Nick seemed to have ESP in many cases as well. As I've repeated here like a mantra, I've got just about all of the Topps base set cards that I need since 1980. But I do have a few holes in the Update set department that I haven't talked about much. Yet, Nick managed to hit me with a couple of gems from two of those sets. 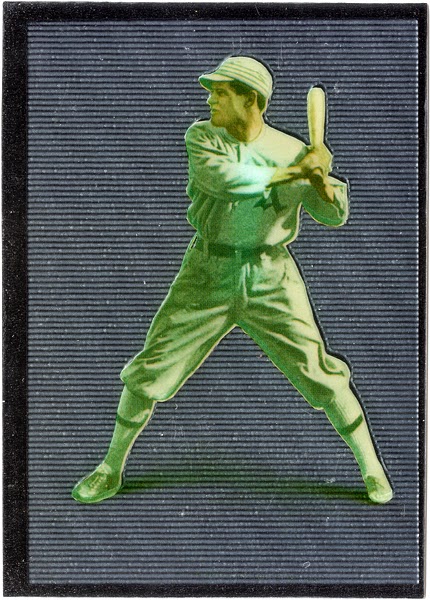 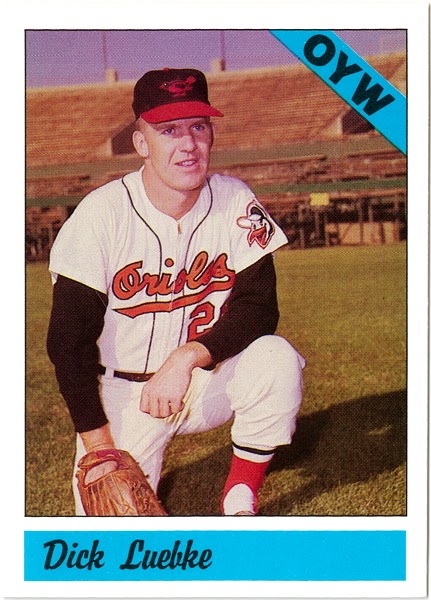 It was the oddballs that really floated my boat, though (which you'd know if you shared my trip with me a couple of weeks ago). Chris, of View from the Skybox turned me on to these Rizzuto's National Pastime cards, and Nick hooked me up with a gem from that set. It's a shiny hot mess, but I love it. It's an uncorrected error, with the card back getting mixed up with another card in the set. It's supposed to be "Batter." Though unidentified, I'm 97.34% certain that I actually recognized this player as Amos Strunk. I'm so confident that I'm not even going to do any research, so if someone knows I'm wrong, be sure to publicly humiliate me in the comments. Meanwhile, these Fritsch One-Year Winners are something I've been eyeing for a long time. Being a player collector (all of them), they're right up my proverbial alley. 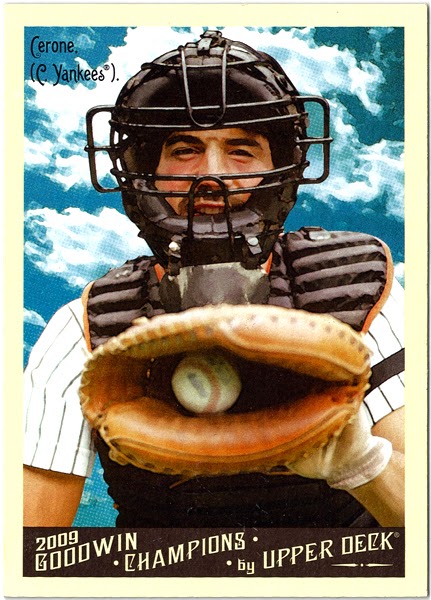 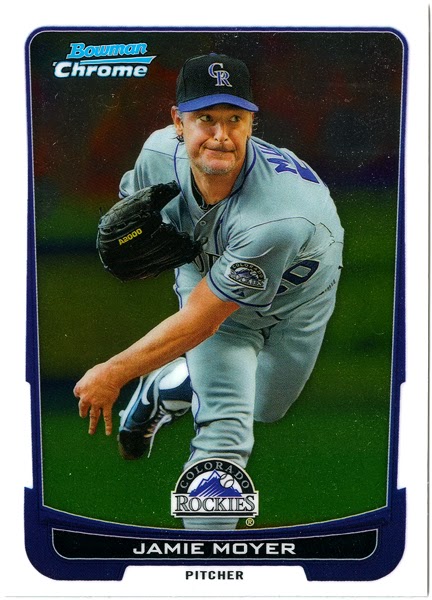 Synchronicity. The day before the Card Show arrived in the mail, I had placed a 1982 Donruss Rick Cerone on Nick's trade package pile. It's not a mini-collection hit for him, and I don't think Cerone is one of his player collections. I just thought it was a neat-lookin' card that Nick might enjoy. If the picture on this Goodwin Champs card isn't from the same photo shoot, I'll eat my hat. (Do the incredulous still eat their hats these days?) Meanwhile, can you go wrong with an ancient wonder like Jamie Moyer? No. No, you can't. 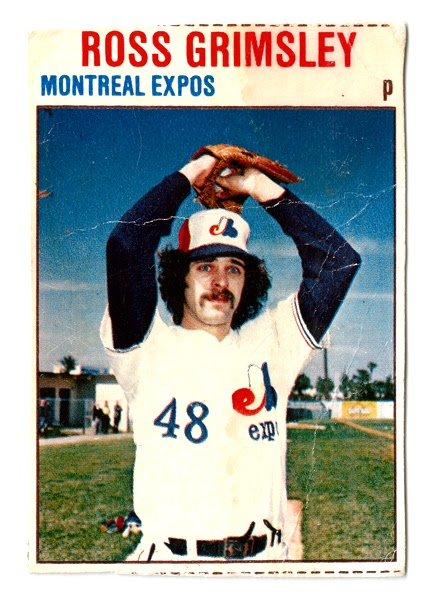 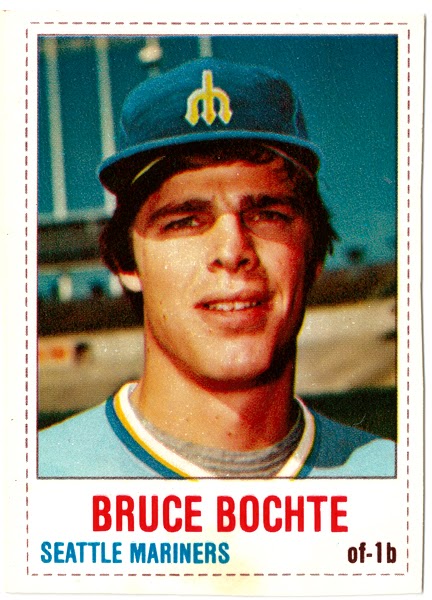 Grimsley looks like most of the Hostess cards in my collection. But Bochte was a revelation for me. It's hard to tell from the scan, but it's been cut out far enough outside of the dotted lines that it's almost the standard 2.5" x 3.5" card size. Which made me realize that, if you were to track down uncut boxes, you could theoretically cut yourself standard-sized Hostess cards! How incredible would a complete set of such a thing be!? Now there's a baseball card daydream... 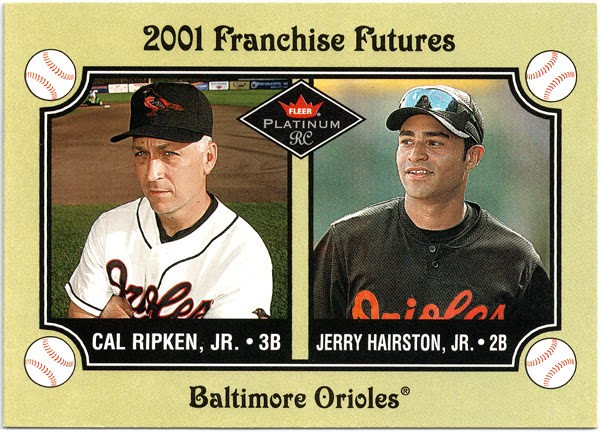 I'm only now beginning to warm up to multi-player cards, mainly because so many of them make little to no sense. This one is more than worthwhile, however. You get two great guys, both second-generation baseball people (well, third-generation for Hairston). You get the Hall-of-Famer, Ripken, and the future Dodger, Hairston. And the concept is a good one, too: passing the generational torch within an organization. This card tells a story in a way that 95% of Fleer's Super Star Specials, or Topps' weird Team Leaders choices fail to do. 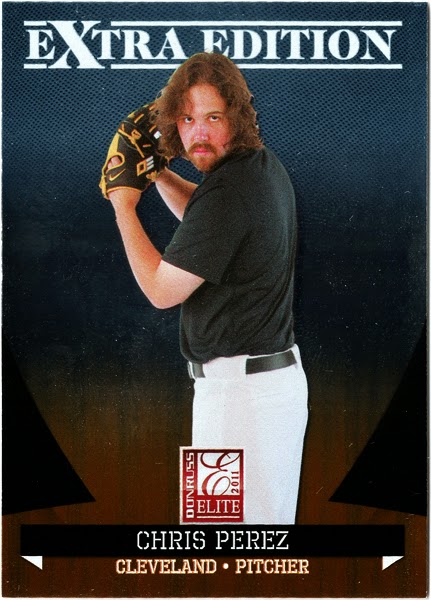 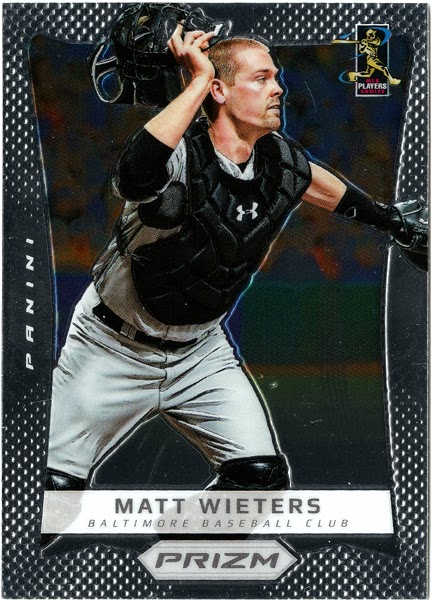 Nick seemed to know just which of the mostly-avoidable random non-Topps modern shiny monstrosities to pick up for me. Chris Perez is ridiculous, and this card helps to memorialize that fact. He's also a Dodger now, so bring 'em on. And it's always great to get Matt Wieters cards because if you're just collecting Topps stuff the man doesn't exist. And for a collection like mine, whose purpose is to tell as much of the story of baseball as it can, this is a very welcome addition. 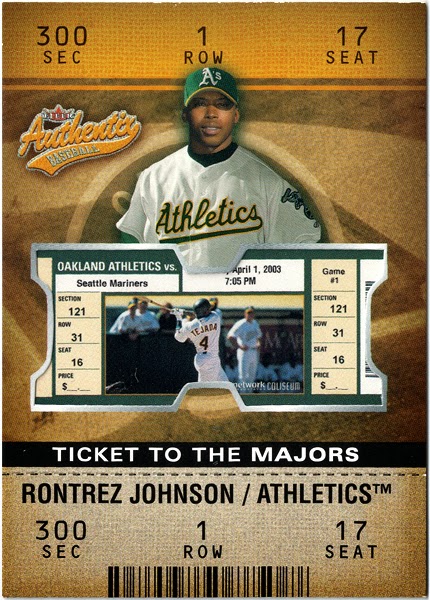 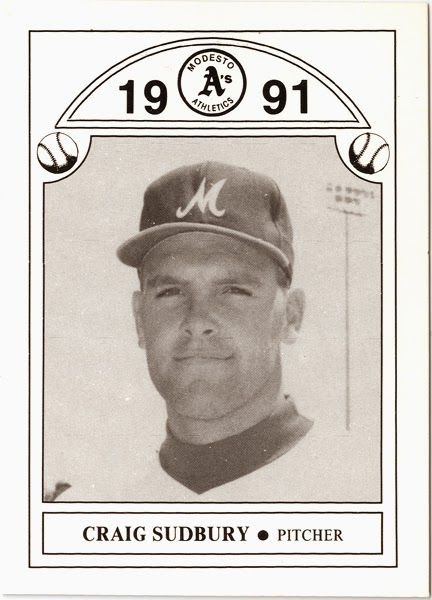 Look, I just love cards. And Nick knows that because he loves 'em too. It's cool that so many people have so many different niche interests in this hobby, and that you're out there sharing those interests for our entertainment and enjoyment. Nick is kinda unique though, in that a card doesn't have to fit into any specific category for him to want and enjoy it. I think that's the main reason he's made an ideal trade partner and a good friend. And I can't thank him enough for all of the fun he delivered with this Card Show. 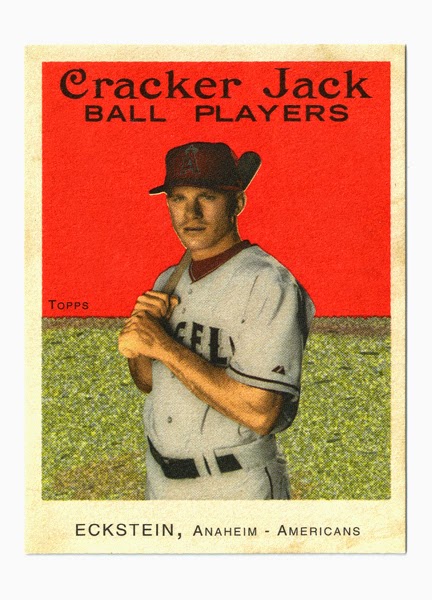 The Dime Box King sent one card along that wasn't from the Card Show. And it's a perfect representation of what I think we both would like to consider ourselves as collectors and bloggers. David Eckstein wasn't the most physically-gifted ballplayer. But he was a team player, who always gave it his best, loved what he was doing, and never took for granted how lucky he was to be doing something he enjoyed. It's an attitude to which I aspire, and for which Nick is an inspiration. Thanks again, Nick. Looking forward to sharing the Second Dime Box Card Show with the community soon.
Posted by petethan at 12:45 PM