Johnny on the Clock; Ethan off His Ritalin

I have a very workmanlike trade relationship with John, of Johnny's Trading Spot. He sends me a handful of envelopes filled with eighteen cards each. And I spend the next few weeks setting aside Braves from his want/need list while I'm sorting, sending back an envelope at a time as they're filled. Then we repeat the process. 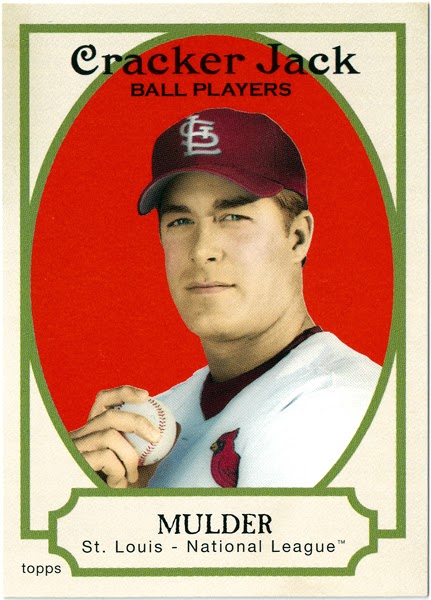 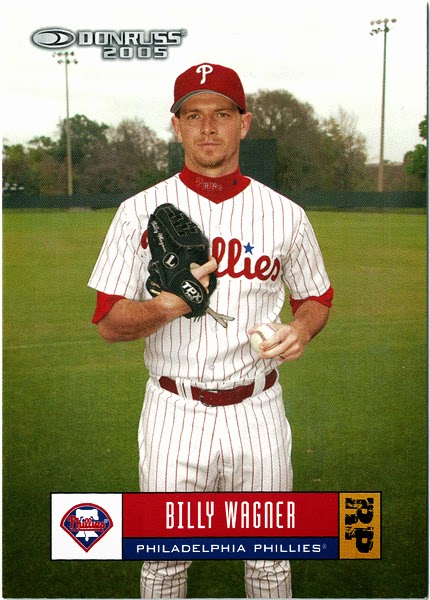 We go about our business very differently, though. Of course, exactly how John does his thing can't be known to me. But the way he had, like, a gazillion envelopes ready to go for me days after our initial contact, as well as his relentlessly entertaining regularly-scheduled posts, gives me a mental picture of a man who can multitask and get the job done with the best of 'em. John knows how to get a Grip. 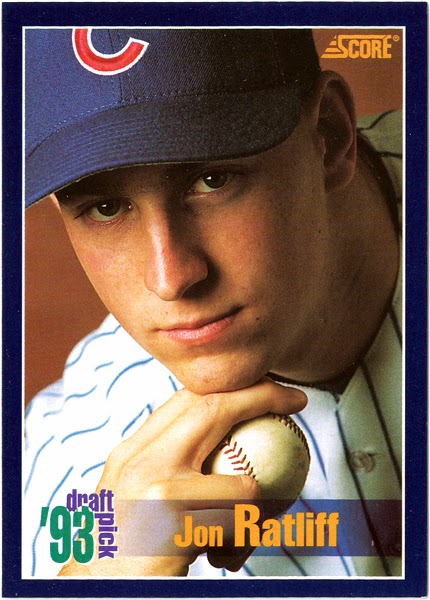 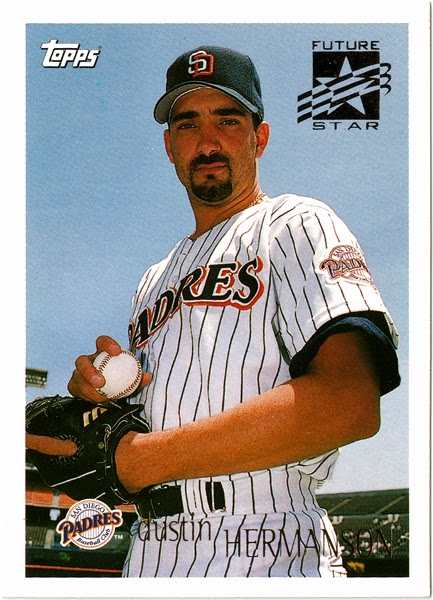 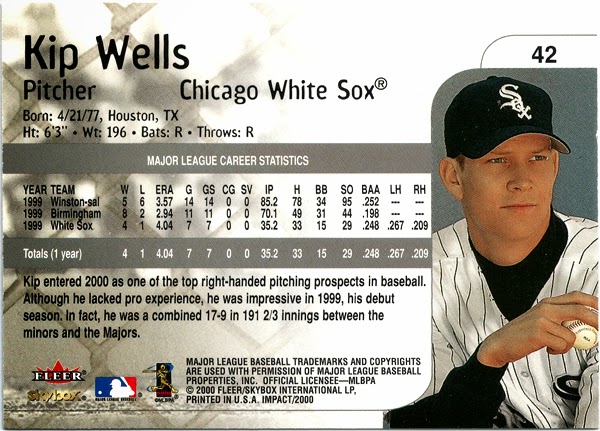 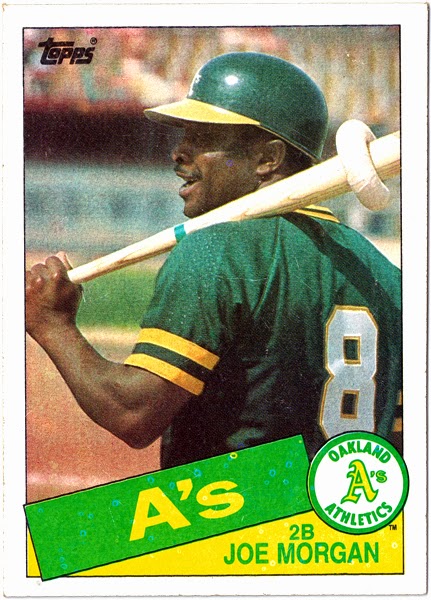 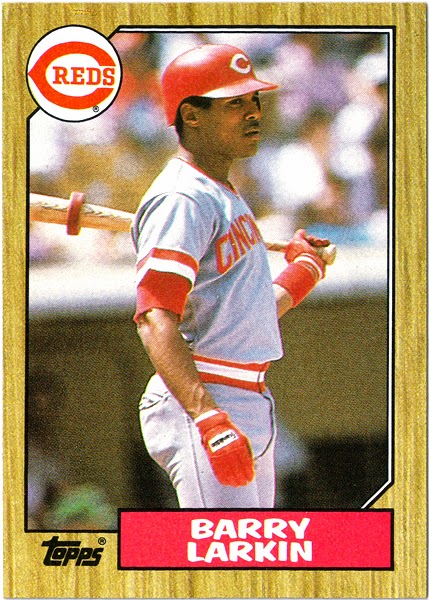 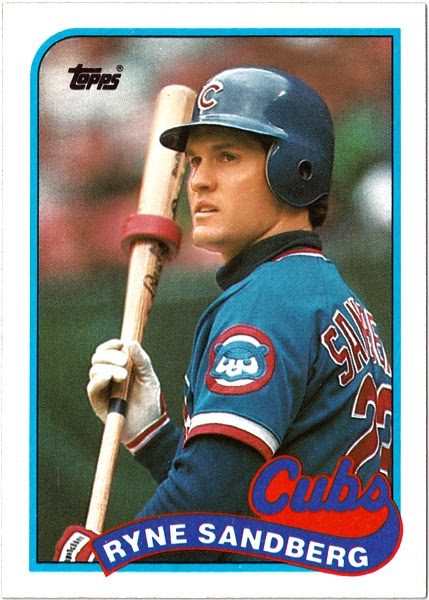 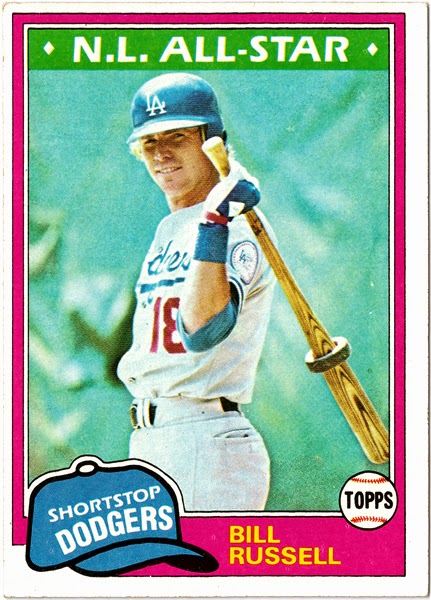 But John just keeps churning out mini-collection hits for me, eighteen cards at a time. His emphasis on efficiency has meant that he's sent some Topps base set specimens that I'd already had covered. But even with these, they're such great cards that I'm sure they'll be of use to someone. Anyone have a need for any of the great '80s Doughnut lovers above? 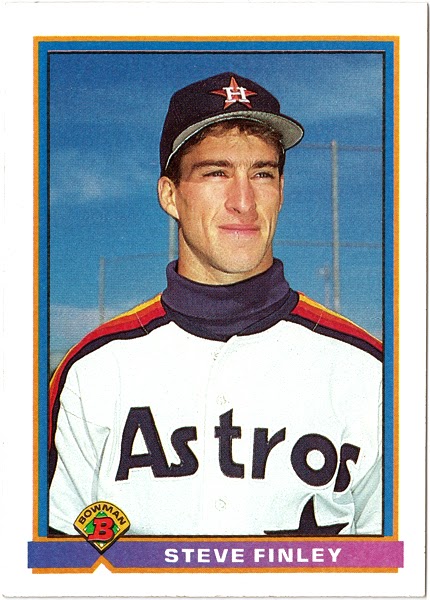 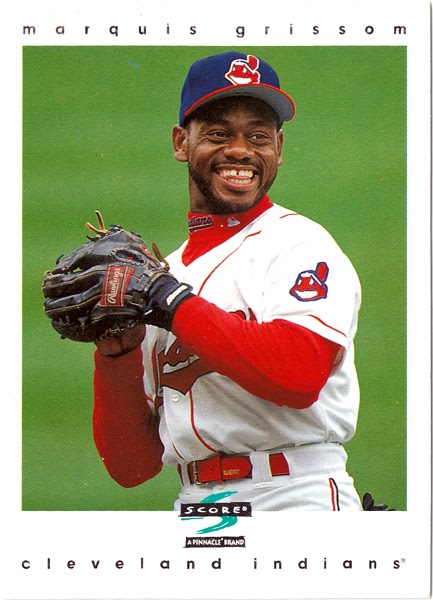 Turtlenecks have been John's specialty so far. (In fact, come to think of it, that Sandberg Doughnut is a Turtleneck, too!) You sport a little extra fabric in the neck region, you're gonna find yourself in an envelope headed my way. Not all of them meet my exacting (i.e., Random) standards for this mini-collection. But many do, like this Bowman Finley, which pairs nicely with the Topps Traded card that sealed the deal for me when it came to this mini-collection. 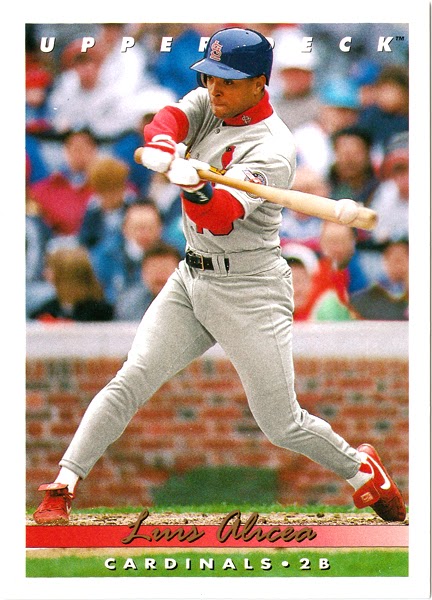 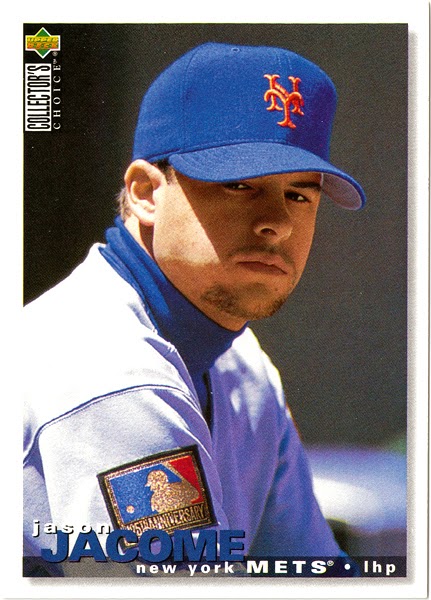 On any given night, you might find me in the card-sorting headquarters that used to be our dining room, getting through my third pass at sorting cards into the Ge-Gl region of the alphabet, for example. Setting aside a few Glavines to help slowly fill an envelope to send to the Trading Spot. 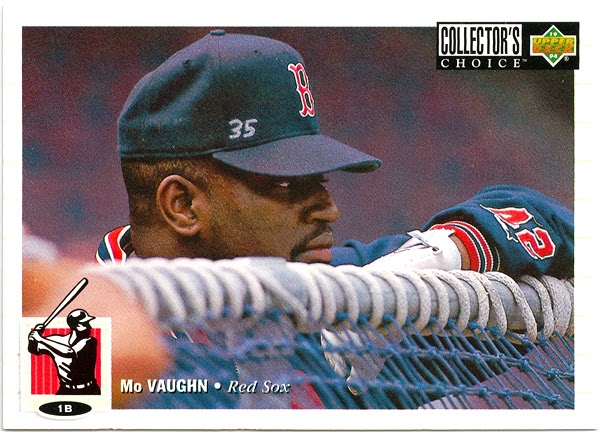 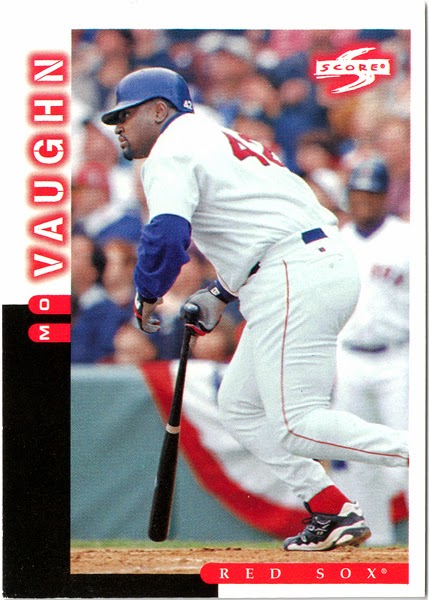 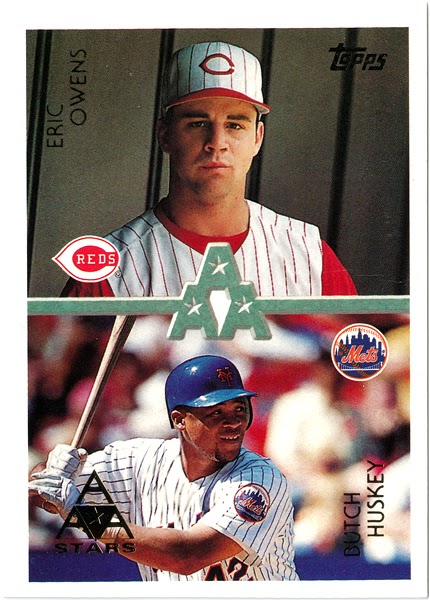 While John fires envelopes onto this playground as though from a machine gun. He even forced me to add a new category to the 42 Collection, called the Grandfathers Gallery. The keen eye that John has shown for reading meaning in the shadows on his blog has definitely been employed to my mini-collecting advantage as well. For example, he didn't get duped by the 35 on Mo Vaughn's cap, zeroing in on the 42 on his sleeve. He even managed to spot another mini-collection hit with the other Vaughn... even though I haven't announced that collection yet! On top of his other talents, John appears to be psychic as well! 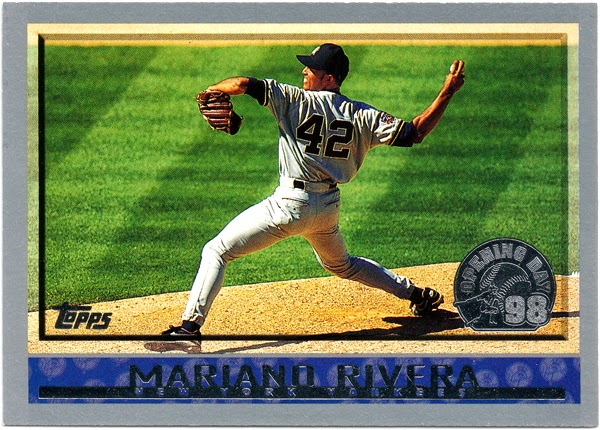 My favorite part about John's Grandfathers Gallery has been his good taste in sending more Mo. It's cards like this that motivate me to go back on the (imaginary) meds long enough to to keep diggin' for Braves. (Plus you can't go wrong by sending just about any Opening Day cards from before 2012...) 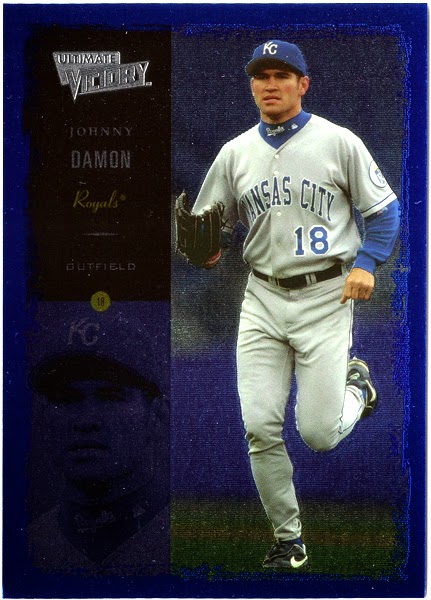 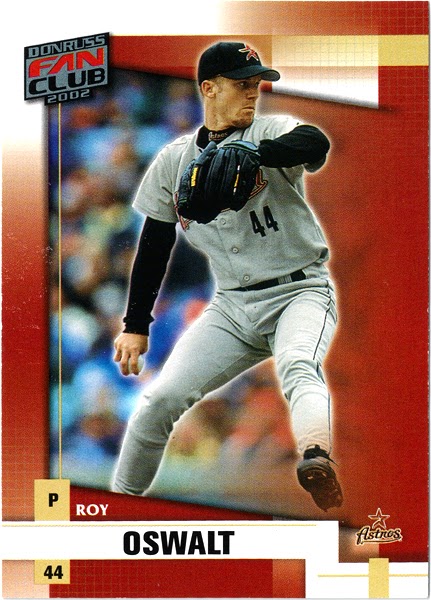 Maybe 95% of the cards that John has sent have either been Dodgers or directed toward my min-collections. But he's also sent a few cards that are great just because they're great, like the two above. It's always a good day when an envelope arrives from the Trading Spot. Thanks, John! Keep up the good work. And I'll... wait, what was I doing, again? Oh yeah, I've still got to get these things onto their mini-collection pages...