Cards From Cards on Cards

I was recently able to knock out a good chunk of the 1985 Fleer set building needs of Kerry from Cards on Cards. It's always satisfying to be able to dig up something that a fellow blogger can use. It's especially satisfying for me because I'm so disorganized (or, more euphemistically, in organizational flux) that it's no small achievement for me to get my shit together enough to do so (pardonnez mon français).

Of course, there's satisfaction, and then there's benefits. On with the benefits... 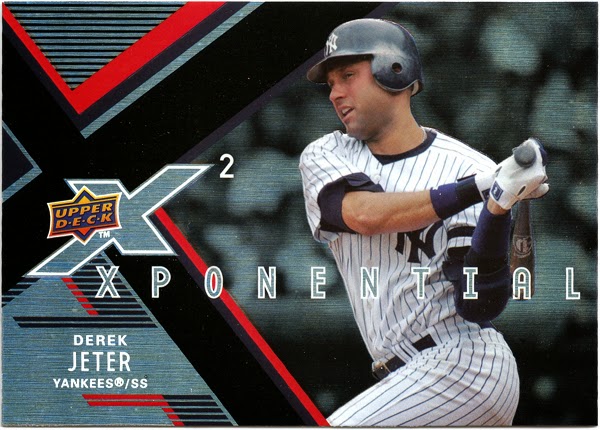 This was one of the cards I was most interested in liberating from Kerry's trade bait chum bucket. That's because I had rather unbelievably managed to land the X3, X5 and X6 Jeter inserts in the recent Typhoon Haiyan Charity Group Break put on by Chris of View from the Skybox. I figured that since I got that close, and the X2 showed up on Kerry's blog, I might as well try to complete the run. (In case you missed it, I still need the X4... hint, hint.) 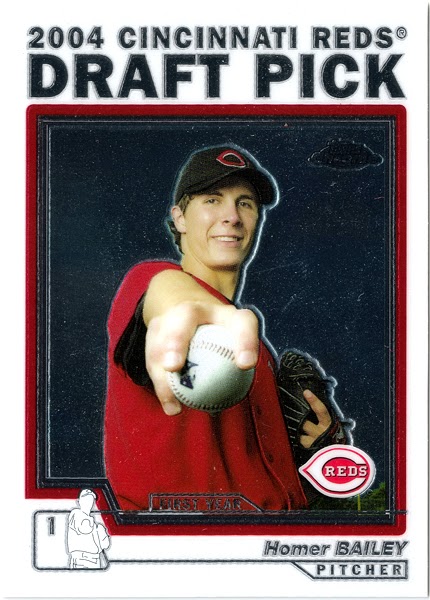 This was the other card that caught my eye, for obviously Gripping reasons. The rest of the cards in the package were dealer's choice, and Kerry was dealing aces. 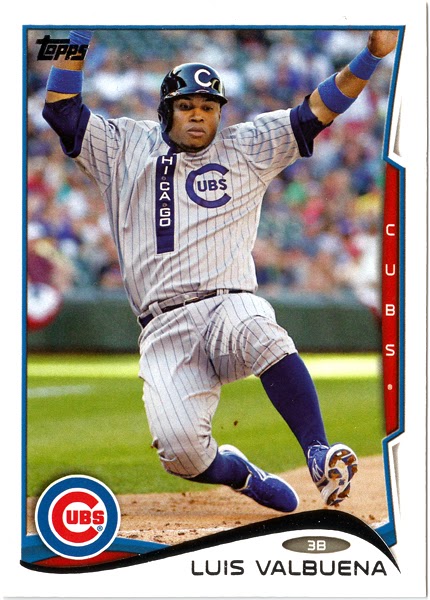 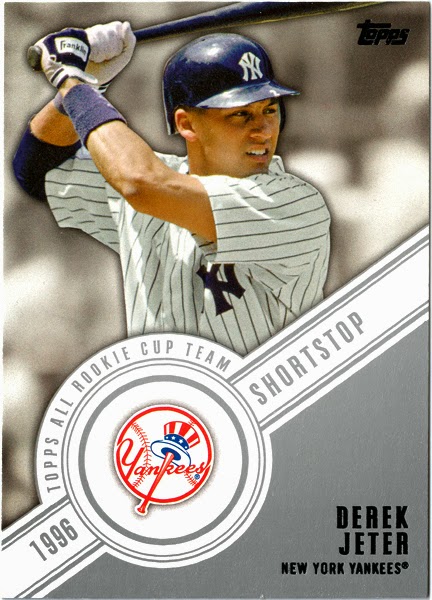 I recently put up my first set building tab, which currently features 2014 Topps series one. And Kerry put that to good use, hooking me up with my final base set need and some fab inserts. Valbuena and his retro jersey makes for a nice way to put a lid on the series one base set. And, needless to say, I'm thrilled with the Rookie Cup Jeter. I'm realistic about my chances of actually building a master set. But I am very serious about completing the Super Veterans and All-Rookie Cup Team sets. 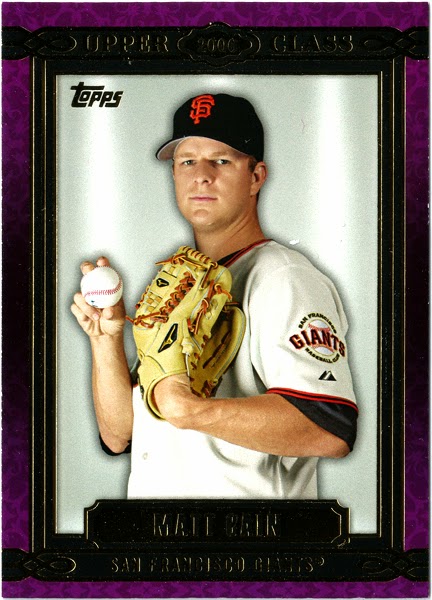 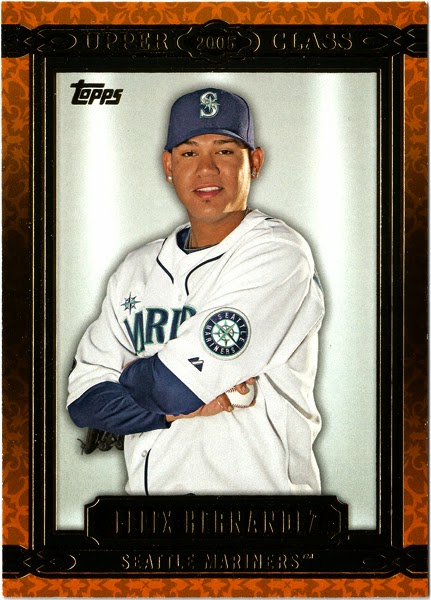 Kerry managed to hit me with a couple of Upper Class inserts that were not only needs, but Grips as well! King Felix tried to hide his Grip in his armpit, but to no avail. 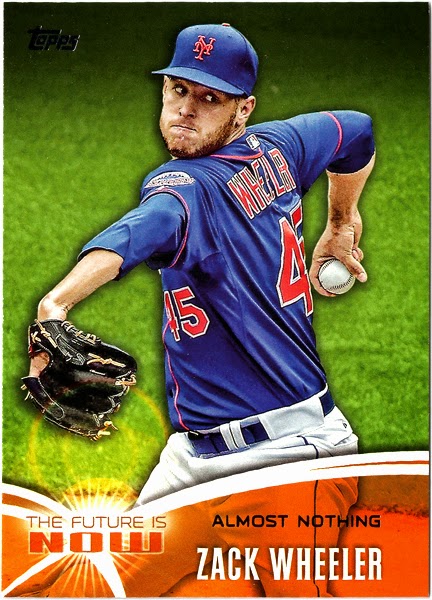 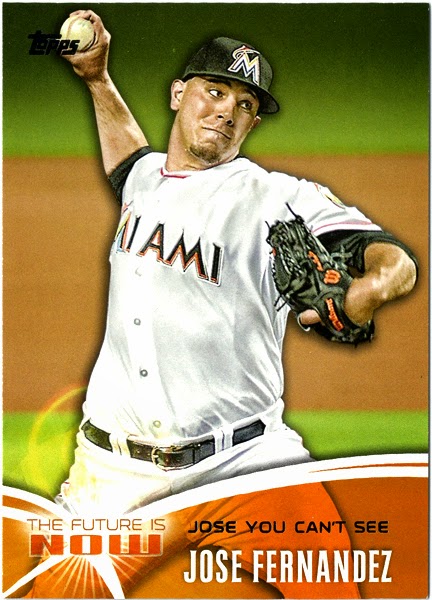 Wrapping up the Topps inserts was four from the Future is Now set, including a couple of excellent young hurlers. 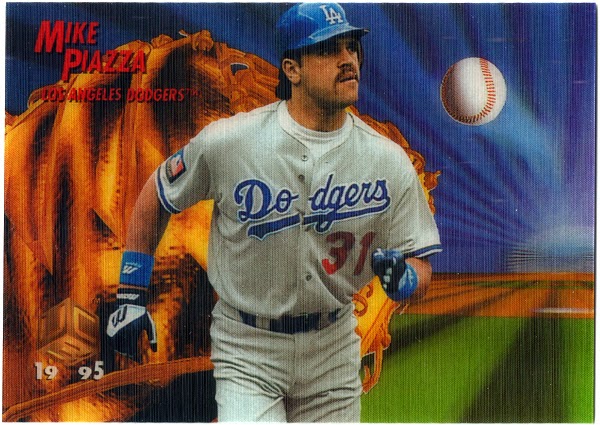 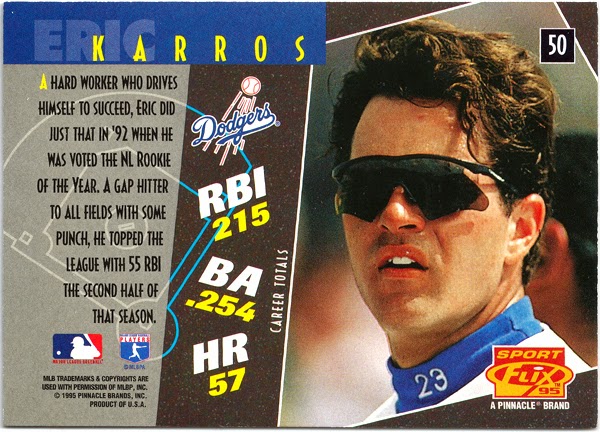 Kerry filled out the package with some Dodger Blue, including cards from two different Pinnacle lenticular sets from 1995. The back of the Karros card lands it in The Turtleneck Collection. 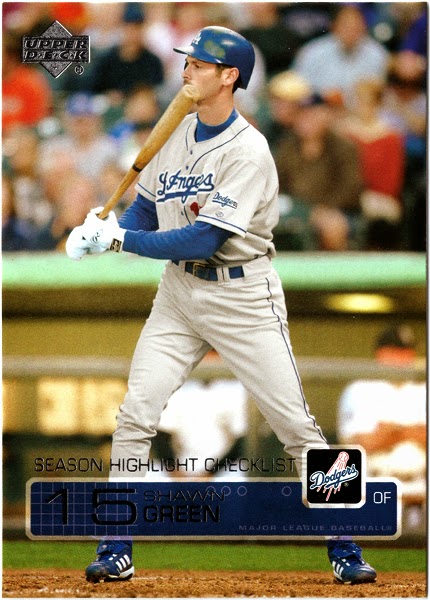 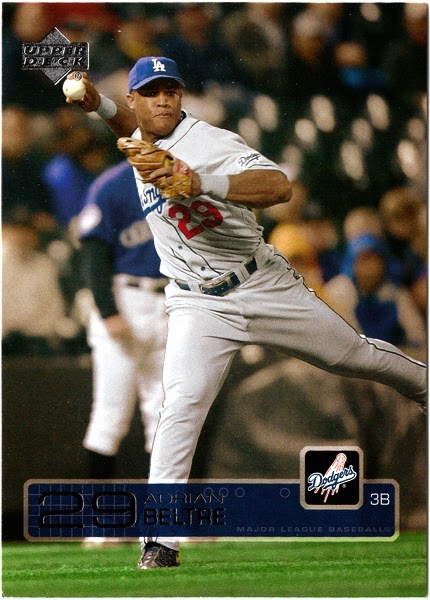 Just about anything that's not from a Topps base set from between 1997-2006 has a great chance of being a need for me, and these two sweet Upper Deckers were no exception. 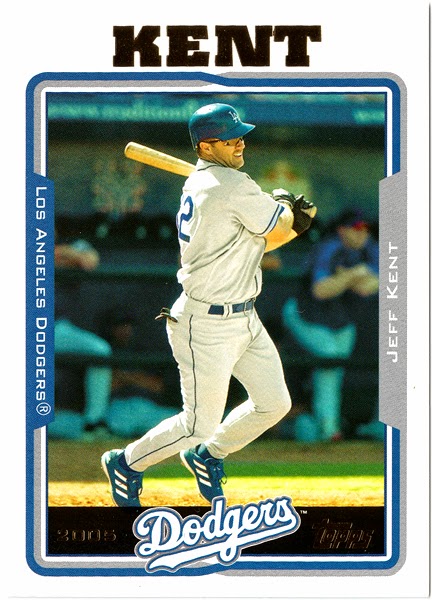 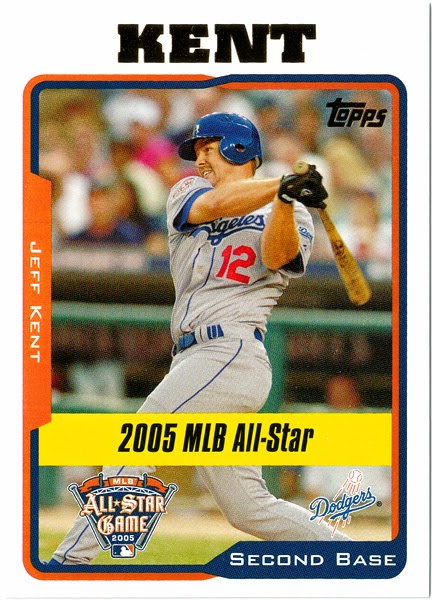 I'm (98%) good when it comes to Topps base sets since 1980. But there are a few Update sets that have managed to fall through the cracks, and 2005 is one of those. So (despite the fact that it's Jeff Kent) these were very welcome additions. 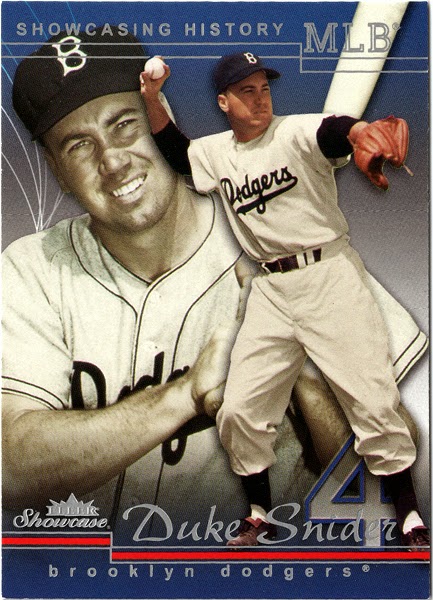 But I think this was my favorite of the Dodgers that Kerry sent my way. The retired star idea is always welcome, but can get a bit redundant in terms of photos and design. This card of the Duke of Flatbush, however, is really nicely done.

Speaking of Fleer, Kerry is down to just five cards to complete his 1985 Fleer set. Be sure to help him out of you can. Thanks for the excellent cards, Kerry! Look forward to the next opportunity to send some cards to Cards on Cards for more cards.
Posted by petethan at 2:00 PM