Finding Flowers in the Dustbin (or, "Survive in Peace") 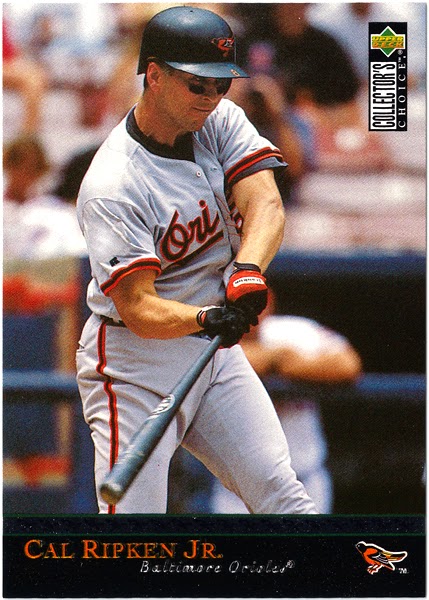 Would you miss a day of work if you had this man's job? No, me neither...

Time. That's the single biggest impediment to my ability to blog consistently. Some days, twenty four hours is enough. Most days, it is not. Some of the things that take time away from blogging land in the column marked "positives." The past several weeks, for example, I've had the pleasure of watching my two youngest daughters play high school JV softball, usually three times a week. I haven't missed a game.

Time to brag a little. My youngest, Jana, is the starting shortstop, also a pitcher, and she's her team's cleanup hitter. She recently hit the only over-the-fence home run I've seen in two years of watching JV softball. Her older sister, Kitkat, plays second base. Yup, a family keystone combo, just like Cal and Billy. Yesterday, Kitkat was the hero of the game, driving in the only run of the game's first five innings. (Jana would later drive in the second run, starting a rally that would open up a big lead that they would never relinquish.) Kitkat also made two of the best defensive plays I've seen all year. She did a toe-dance to hold the bag, covering first on a high throw from third on a bunt. On the very next play, she ranged far into foul territory along the first base line to snag a popup with a spectacular running catch. Needless to say, I've got the proud dad thing going.

Watching them takes time, though. So does watching my Dodgers. You can count what I've missed so far this year in pitches, or maybe innings, but not games. Then there's chores. I've started doing the meal planning, shopping, and occasional cooking, while my wife works full time and goes to nursing school. Then, of course, there's work. The vast majority of us spend upwards of forty hours a week in a place we'd rather not be, doing things we'd never choose to spend our time doing. Forty hours. That's a lot of time. Give me a few weeks were I don't have to surrender forty hours of my life to work, and I'll have my cards in order, I'll be sending out packages left and right, and I'll post every day.

I can't really complain too much about my job. My gripe is really with the two thousand hours a year that I'll never get back before I die. But I know that there are plenty of people out there who would really appreciate having my job, or any job. So I do have some perspective on this. I proofread audiobooks for a living. I'm not a surgeon, with the weight of life-and-death responsibility. Or a construction worker, busting my ass in the hot sun all day. I've got it easy. I get that. In fact, I'm writing this post (as with most) on the clock. I just don't want to be here. I want to be home, where there are baseball cards...

Which is why I was so excited a few weeks ago when, wandering aimlessly away from my desk, I looked down at the desk of one of our audio engineers, Ben, and saw... baseball cards! At work! Now we're talking! 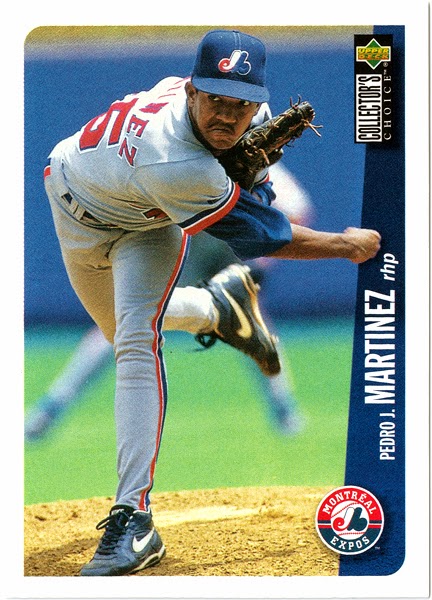 And it wasn't current stuff, either. He had three opened packs of '96 Collector's Choice sitting there. The answer to my excited "WTF!?" was that he'd picked up a whole box of the things at a local gas station a while back. He's not an avid collector, but he did collect as a kid and picked the things up for a little ride down nostalgia lane. Seeing my obvious excitement, he told me to just go ahead and take any of the cards I wanted. 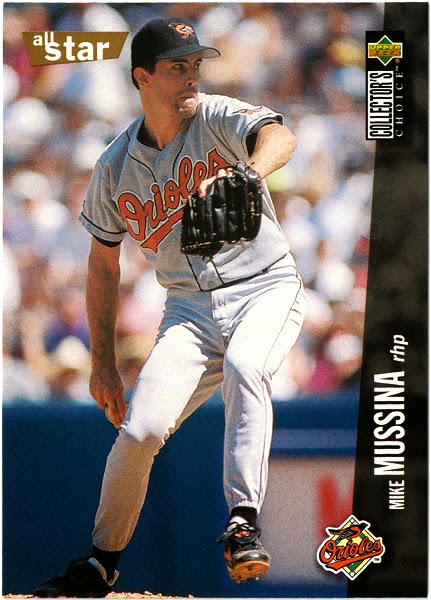 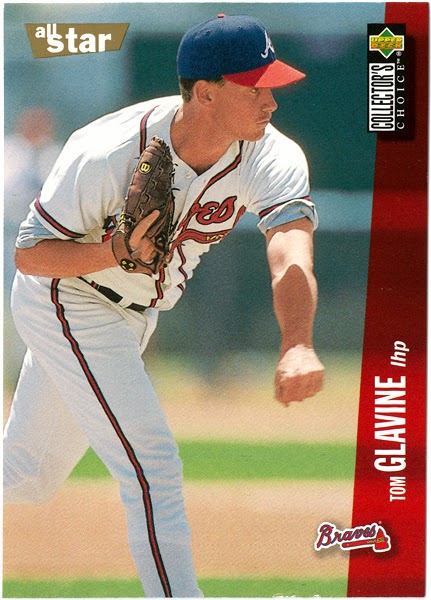 Turns out it was a pretty loaded triumvirate o' packs. I grabbed these beauties, and a few more, to boot. I didn't leave Ben hanging. I asked him who his favorite players were, and the list he gave me was Roberto Alomar, Don Mattingly, Randy Johnson, Roger Clemens and Babe Ruth. So I hooked him up. Fun all around. 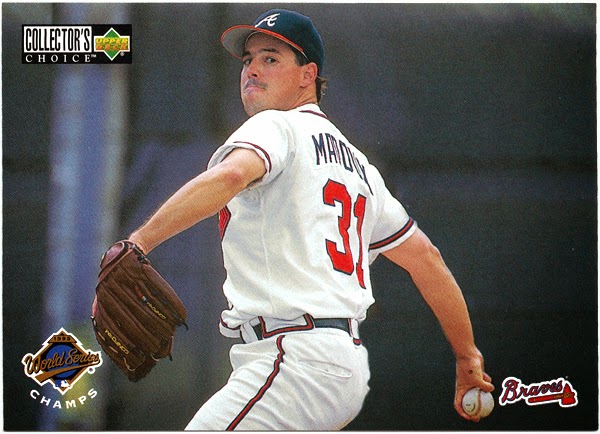 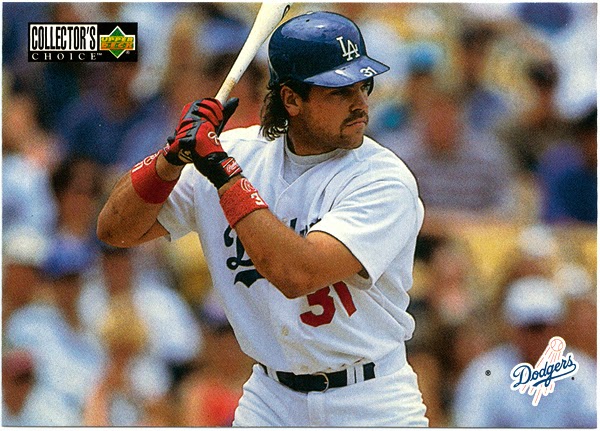 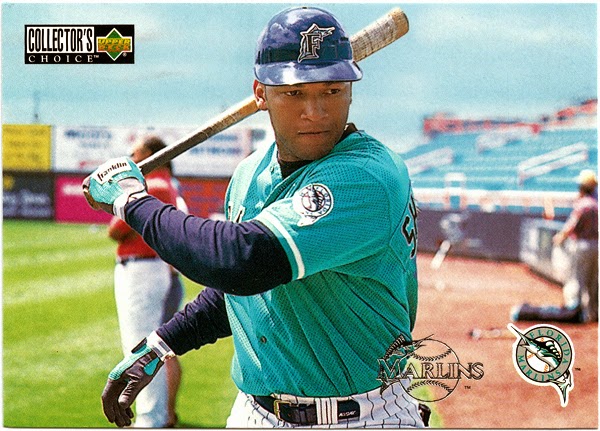 This is what this baseball card thing is all about. No matter how little time work leaves for the things that matter to us, we owe it to ourselves to enjoy life. Otherwise, what's the point? And Ben is a perfect example of this. When he's not stuck in this office, he's a standup comedian and a drummer for a rock band that's really starting to take off. The name of the band is Survive in Peace (S.I.P.). Perfect. You can check out his comedy and his music on his YouTube channel if you're interested.

Oh, and it also turns out that his cousin, Courtney, is the leadoff hitter on my girls' softball team. Nice.

Well, it's almost time to leave work. Which means my day is really just beginning.

Thanks for the most unexpected of trades, Ben. Nice to have something fun happen during our endless hours of captivity.
Posted by petethan at 5:56 PM