Once again, here are the ten cards, in order as always, from this "pack" of Night Owl's kiddie cards. It was a George Brett Fest, which is really appropriate at this blog today, on the day after the Surreal Seven Contest ended. I can give hints, now that the contest is over. It also means the "I Was There" posts start soon. For the four of you who entered the contest, stay tuned to the weekly posts for the updated contest standings. For the rest of you, enjoy the stories, and don't miss out on the next contest. Free cards, people. Free cards.

But, speaking of free cards (thanks, again, Greg!), this is a Night Owl Haul post, so let's play... 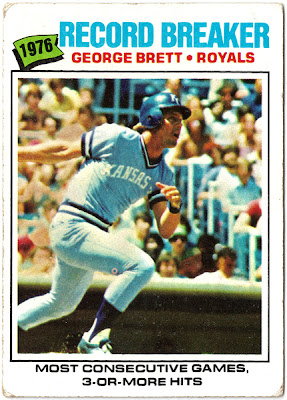 It was six straight games, if you were wondering. It broke the record of five straight held by Nap Lajoie and Rod Carew. The record stands to this day. 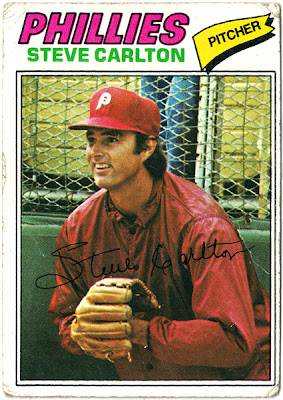 Still on Hall of Fame watch with a smiley Lefty. 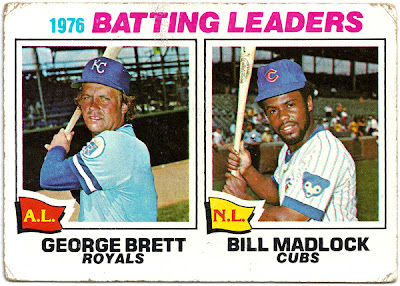 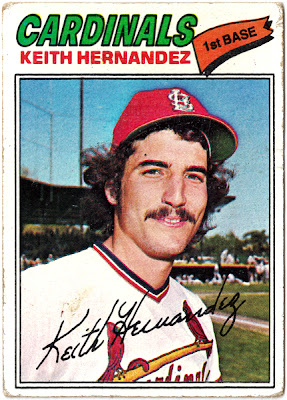 Night Owl follows up the clean-shaven Hernandez of '76 with this Topps debut of his famous mustache. Looks like it might have been payday for Keith. He's sure in a good mood.

Let's look to the happy Hernandez for cartoon infotainment. Here's the type of 'toon a kid would be grateful for, so he could understand what the heck announcers were talking about. Reminds me of that Tex Avery cartoon "Symphony in Slang," only for baseball. 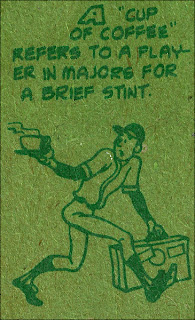 Appropriate that Hernandez's card should feature a ballplayer enjoying the use of a stimulant, eh...?
Posted by petethan at 11:23 AM